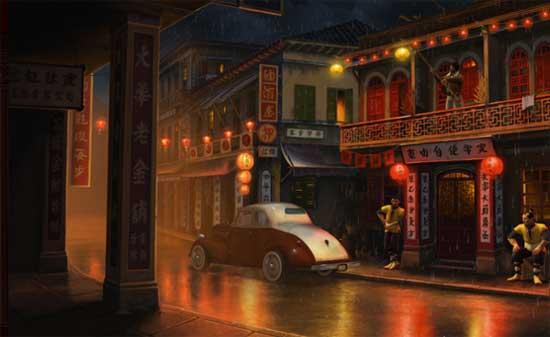 One of the defining characteristics of point-and-click adventure games is their ability to tell a great story, and Deep Silver’s latest game Lost Horizon is no exception. It’s a sweeping, Indiana Jones-style epic spanning multiple countries and featuring everything from Nazis to mythical cities. Unfortunately, while the story is engaging and the game is absolutely gorgeous, the developers failed to balance out the story-telling with the actual gameplay. The result is a game that you watch as much as you play.

As with all pulpy adventures, Lost Horizon stars a lovable rogue. In this case, it’s Fenton Paddock: a former British war hero who is now barely scraping by as a small time smuggler in Hong Kong. But when he learns that his former fellow soldier RIchard has gone missing while on an expedition in Tibet, he sets out to rescue his old friend. After leaving Honk Kong, his adventure takes him all over the world, from the snow-capped mountains of Tibet to a Berlin seized with Olympic fever. But what starts out as a simple search and find mission, ends up as a quest to find the mythical city of Shambala that just so happens to also be the destination of a group of Nazi soldiers.

The story is relayed through numerous cut-scenes, as well as the dialog between the various characters. And there’s a lot of both. In fact, you’ll be watching action-packed cut-scenes and listening to characters talk about as much as you’ll actually be playing the game. It’s an engrossing globe-trotting tale, but the ratio is definitely off. No matter how good the story is it shouldn’t overtake the actual game. It should also be noted that while most of the dialog and acting is very good, many of the different accents used in the game sound very off, especially in the opening chapter set in Hong Kong.

And that game portion, which is woefully neglected, is fairly standard adventure game material. You control Fenton from a third person perspective — though during a few instances you’ll also be able to control other characters as well — and you’ll need to make use of the items at your disposal in creative ways to solve puzzles and progress through the game. And when I say creative, I mean it. Most of the puzzles force you to use items in strange and often unintuitive ways, that require much in the way of trial and error. Or it might just send you running for a walkthrough. The way you combine and use items just doesn’t make sense in many instances, which induces quite a bit of frustration.

One thing Lost Horizon does have going for it gameplay wise is that you’ll never have to go pixel hunting. The points of interest on the screen are usually pretty clear, and even when they’re not the game has a great feature that highlights any point you can either investigate or interact with. Of course, you still have to figure out just what to do at those points, but it’s nice to know where they are nonetheless. 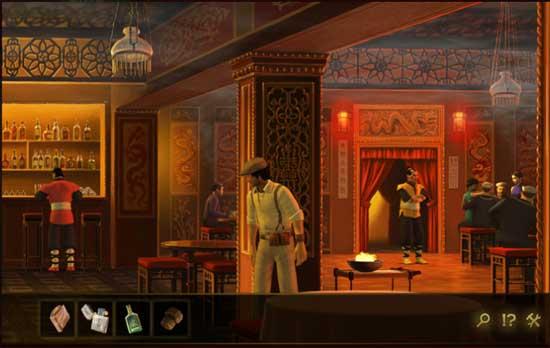 It also happens to be an incredible looking game. Lost Horizon’s cinematic style extends from its movie theatre-style opening menu throughout the rest of the experience. It utilizes a unique blend of 3D characters and detailed 2D backdrops that blend together almost seamlessly, creating an incredibly realistic looking world. This aided by the various environmental effects used in the different locations you’ll explore. It’s the small things; the way the raindrops fall in Hong Kong or the snow swirls in Tibet. And it doesn’t hurt that you get to see so many different locations across the world, each of which is very different from the next.

But the gorgeous presentation and engrossing story can’t completely mask the fact that Lost Horizon is a pretty run of the mill adventure game with some frustratingly obtuse puzzles. It gets the cinematic presentation down perfectly, but comes up short when it comes to the game itself. It’s still worth playing for fans of 1930’s style adventure tales, but be prepared to spend much of your time simply watching the game, and not actually getting to participate in the great adventure.