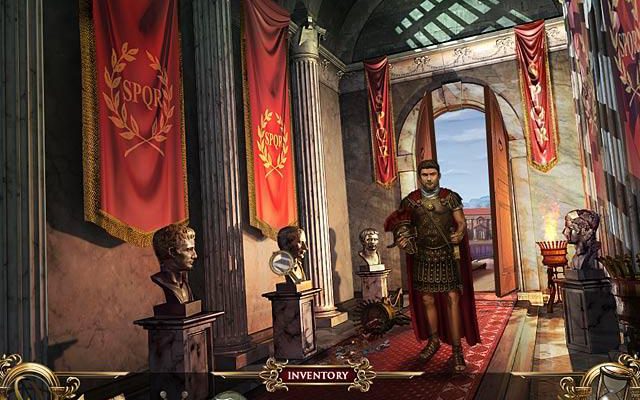 Fall of Caesar, the latest installment in the Lost Chronicles franchise, takes us to Ancient Rome as we enter the story just after Caesar’s demise at the hands of Brutus and Cassius. You’re an unnamed Roman who takes it upon himself to track down Brutus and make him answer for his crime. It’s just unfortunate that your fun, like Caesar’s, is cut short due to some killer puzzles.

With Fall of Caesar, it’s really like you’re getting two games in one. For the most part, you have a fairly enjoyable hidden object romp throughout the Mediterranean, as you can interact with citizens and actually choose your dialog options in each conversation. Most people will have tasks for you to complete, such as retrieving a lost scroll or key, and finding these items may or may not see you taking part in a few hidden object scenes. 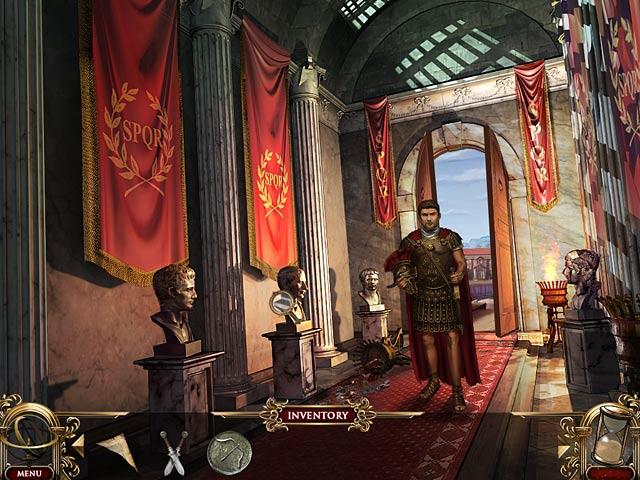 These scenes are fairly standard (find items from a list), but the hidden items tend to be rather large in scale, so they aren’t terribly difficult to find. There are a few duplicate object issues, however, where two different bones or saddles (as examples) show up in a scene, but only one really counts for your list. That slight issue aside, the gameplay is managed nicely, allowing you to find special items like statue parts or coins (all of course themed to the time period) and then use those items elsewhere in the chapter. These aspects of the game all work fairly well, and would deserve a higher score if not for the puzzles that accompany them.

Unfortunately, the vast majority of the puzzles in Fall of Caesar are plagued by multiple issues, the largest of which is a lack of instructions. While puzzles like escape puzzles might be fairly self-explanatory (move objects around to open a path for your desired item to be removed), on other puzzle types, the lack of instructions means that you’ll likely spend minutes at a time simply trying to figure out what you’re supposed to be doing. This annoyance is only compounded by the fact that the user interface is less than desirable, as you must click on an object two or three times when trying to move it from left to right, as but one example. Needless to say, this is one situation in which I wished the puzzle skip button charged at a must faster pace than it did. (As it stands, the wait-time is around five minutes.) 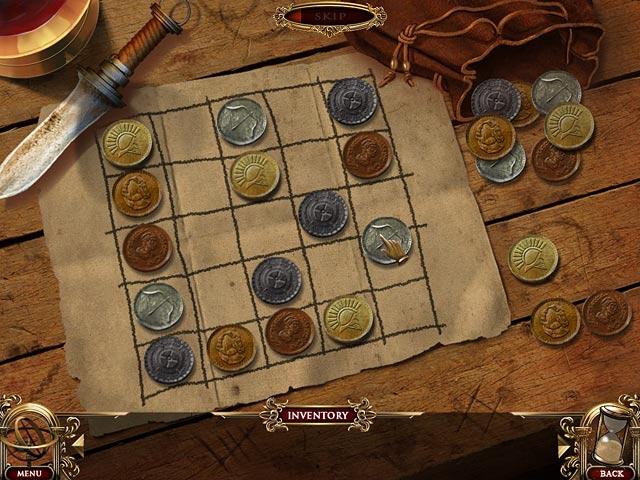 Technically speaking, we’re again left with a double-edged sword. The sound effects and voice acting during cutscenes are spot-on, but the graphics can be a bit blurry. There’s no widescreen option to choose in the menu, so playing fullscreen on larger monitors only makes this worse.

It’s unfortunate that the puzzle system in Lost Chronicles: Fall of Caesar is so frustrating, as the rest of the game has enough good features to deserve a recommendation. As it stands, Fall of Caesar has plenty of enjoyable moments but will likely test your patience as well.