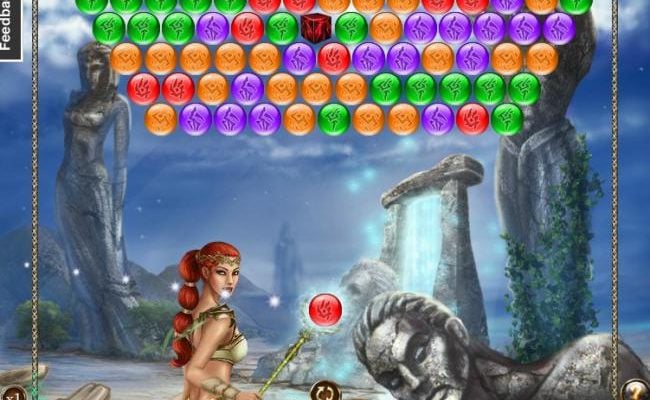 Take a trip to ancient Greece and use a bubble-firing magic wand to destroy Pandora’s boxes.

We in the West don’t normally think of Turkey as a nation of gamers or game developers, so most of us would be surprised to find that Facebook boasts 32 million Turkish subscribers. This month, Turkish game developer Peak Games brings us Facebook’s newest bubble popper, Lost Bubble, a game that clearly demonstrates the potential of Middle Eastern game companies. It also suggests that while Peak Games knows how to recognize and jump on a hot new genre, it hasn’t yet discovered how to expand upon it.

Bubble poppers generally take a simple approach to backstory; they don’t have any. The nature of their gameplay means they can get away with creating context without anyone grousing that there’s no additional fictional detail. Lost Bubble’s context is a mythical version of ancient Greece that skims the surface of the Pandora’s box myth. You play a beautiful young Greek-goddess kind of girl who shoots bubbles with a glowing magic wand. 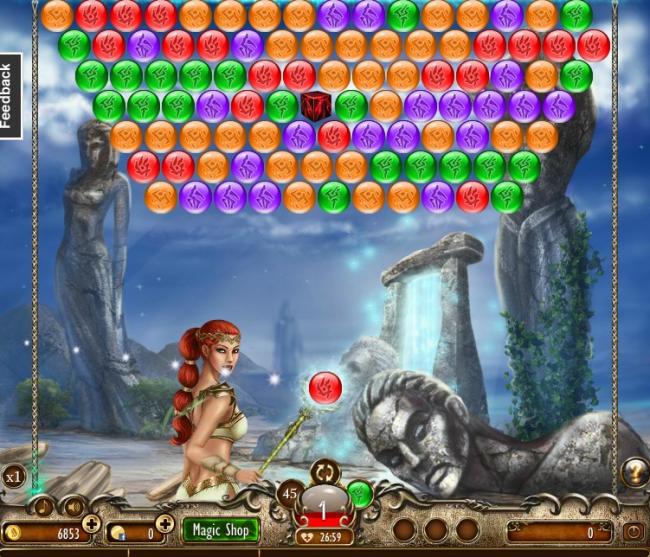 Like other bubble poppers, the gist of the game is this: the playing field consists of a floating formation of multi-colored bubbles, and your job is to eliminate it by shooting additional colored bubbles at it. The goal is to clear the screen by repeatedly matching groups of three or more same-colored bubbles, and to rack up higher scores by skillfully forcing large groups of bubbles to fall simultaneously.

Lost Bubble sets all this against appropriately Greek backdrops like deserts, ruins and labyrinths. You complete levels by attaining one to three keys, depending on your score. The one difference between it and other recent bubble poppers is that along with popping/dropping bubbles, you’re also working to drop one or more black and red “Pandora’s boxes”. This can be tricky since if you hit one of them, the game’s over.

As levels progress, stages get increasingly difficult as the game throws various curve balls your way: such stone bubbles (or as the game’s text calls them, “stoned” bubbles) whose color isn’t revealed until surrounding bubbles are popped. Other obstacles include locked bubbles that must be matched multiple times, and exploding bubbles that can vaporize your bonus bubbles and lower your score. 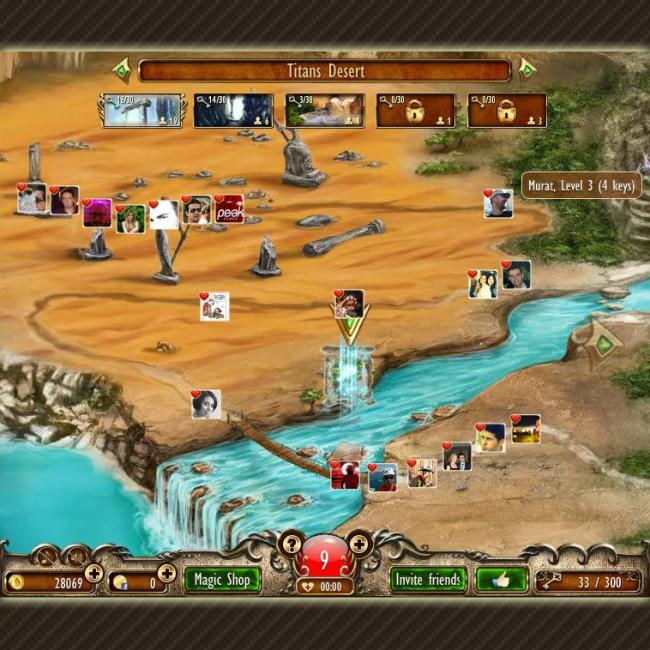 You’re given five “lives” for free, and you can continue playing as long as you keep clearing levels. Once these lives are gone, you can either wait for them to recharge (an hour or so) or pay real-world money for more. Each cleared level grants you game gold that can be spent on useful powerups: such as five more bubbles or the ability to change bubble colors. And of course, if you’re stuck on a level and can’t earn any more gold, you can purchase powerup with the real-world variety.

The game has ten chapters (for lack of a better word) in all, and each chapter contains ten different levels. One of the best things about Lost Bubble is that you can unlock the entire game for free by scoring high enough/collecting enough keys. The alternative for less skilled players (or impatient ones) is spending $1.20 to unlock additional chapters; not a bad deal considering the amount of gameplay each chapter offers. 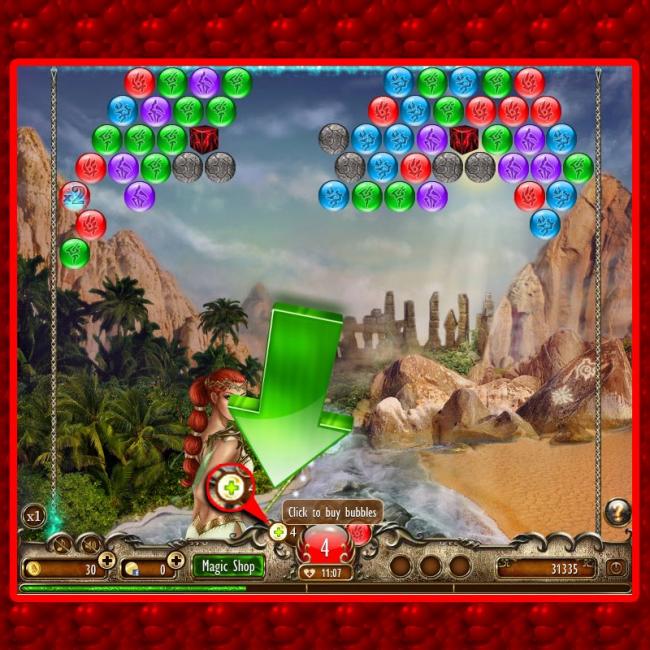 Lost Bubble will likely take the average player longer to complete than other bubble poppers like Bubble Safari or Bubble Witch, and that’s a reflection of the game’s difficulty. The bubbles’ banking trajectories are a little tougher to predict, and it’s harder to fire bubbles between bubbles. In fact, they almost invariably stick where you don’t want them to. It’s not that this is unfair; it just means you’re likely to rely on powerups a bit more heavily than you would in similar games.

Lost Bubble is a good, not great game. Though being able to play all of it for free is a plus, what’s missing for me is innovation. Aside from a slightly higher difficulty curve and fussier controls, all the game has to differentiate itself from other bubble poppers is Greek-inspired window dressing. Bubble popper experts however, (yes, there already are some) will likely find there’s not much reason for them to spend much time on it.