Lords of Discord Review: Soldiering On 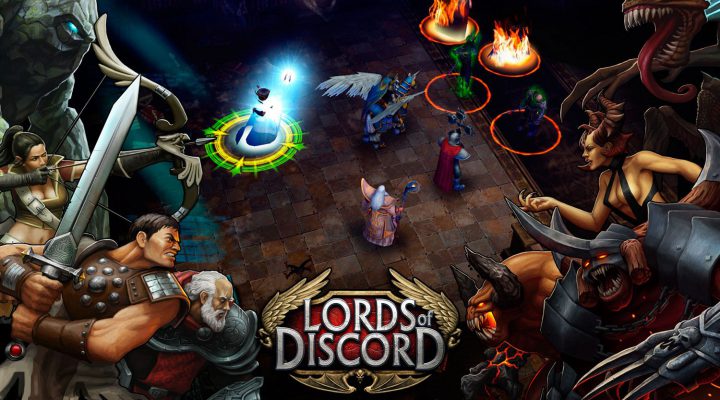 Varied options for improving your troops

You’ll have almost certainly played something like Lords of Discord before, which sounds immediately derogatory but isn’t really. While it’s a title that follows a very similar path to many others, that doesn’t stop HeroCraft’s latest from still having its fun moments, despite being quite formulaic.

There’s a storyline behind it, but no one would blame you for not paying a huge amount of attention. Essentially, it’s a battle between Humans and Demons, with some other nasty creatures thrown in for good measure. It’s that classic battle between good and evil that obviously has you playing good. At its heart, Lords of Discord is a turn-based strategy game which sounds unwieldy but is actually divided up into some fairly satisfying bite sized chunks of action. Some effort has clearly been put into ensuring that you can still achieve something in short bursts of gaming.

Each quest is made up of short battles, having you duke it out with a few enemies before being able to move onto the next stage of battle. It’s fairly simple to fight your foes with a simple tap on them initiating a basic attack and options for activating abilities when it suits you. As is customary, the key here is to have a balance of heroes so that a tank can soak up damage while others heal or cast magic spells at the foes. Understanding the principles behind this won’t take long at all.

It’s outside of battle that things aren’t quite as clear as one would like. There’s a lot going on. Separate buttons are devoted to the arena, buildings, items, shop, market, and map. Some are fairly self explanatory but once you dip into them, it’s not quite as well laid out. Lords of Discord feels quite rudimentary in that respect. 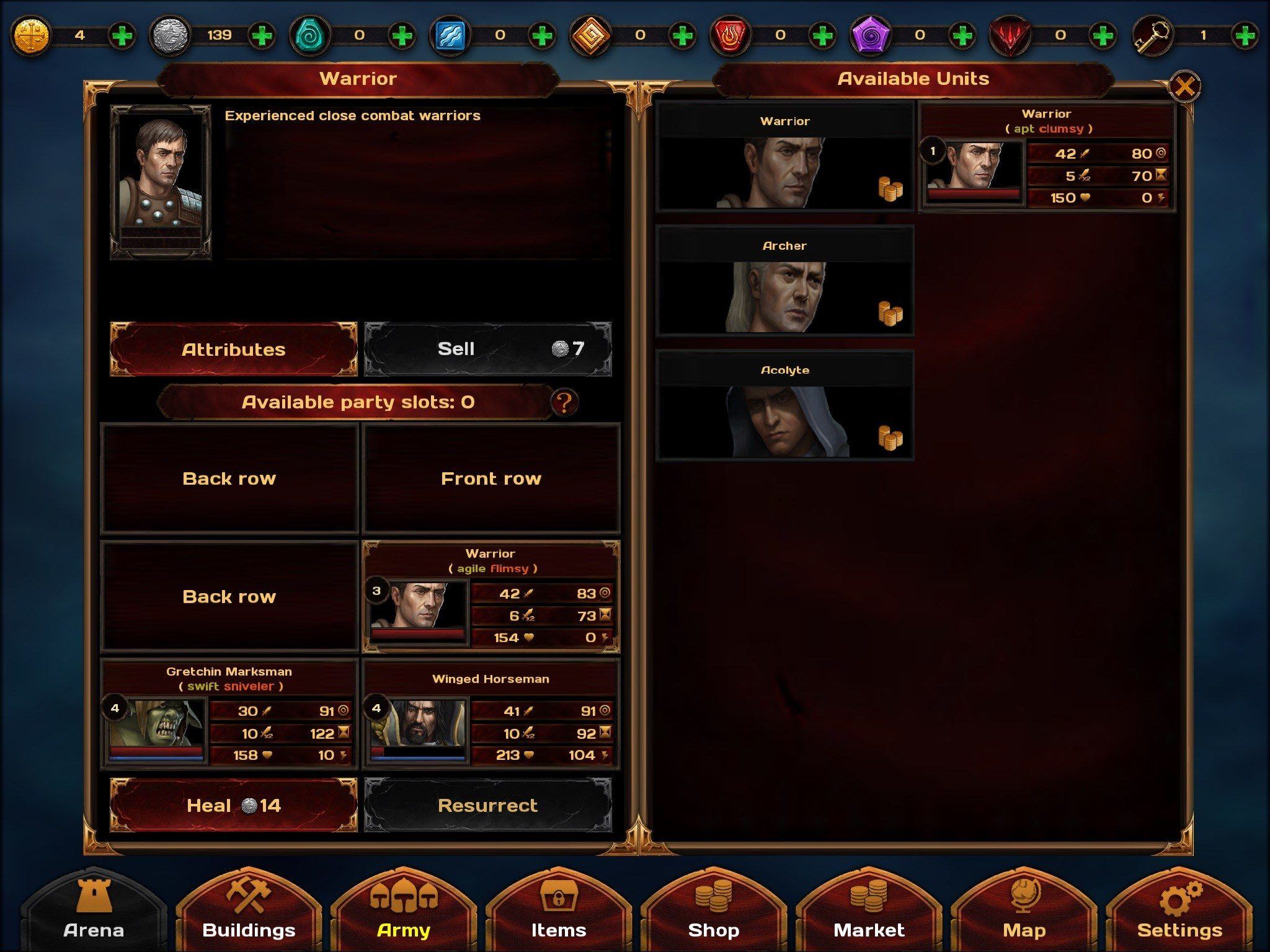 You switch to your army in order to line up troops and assign which row they reside on, but don’t expect to feel attached to these folks. It’s all quite soulless as you simply spend some time working out what roles you want rather than care about the character themselves. A simple items system is then used to help you assign better equipment to your troops, but again, it’s fairly functional. Rarely will you be feeling excited by the new loot you gain. This isn’t Diablo-lite.

Where things turn more interesting is when it comes to placing buildings. You can upgrade as well as place new structures within your castle, affecting the kind of soldiers you can recruit. It’s not as well explained as I’d have liked to see, but it’s tied into the loot you acquire as you fight. It can help you mould your team of heroes into the group you want them to be, rather than feel too tied down into following a certain path.

There’s also a reasonable amount of flexibility when it comes to choosing which missions to take on. You unlock parts of the local province, gaining resources as you go, and it ensures you feel like you’re achieving something each time. A danger level gives you a heads up on how well equipped you are for withstanding such a feat too even if, again, there are more appealing ways of demonstrating it all. An energy system stops you from ever achieving too much too soon as well, but given the nature of battle, it at least makes some kind of sense that it’s here.

Lords of Discord won’t wow you with its originality nor its fairly dated user interface, but it is fun enough to play from time to time. With bite sized battles on offer throughout, it’s something to gradually chip away at, without ever being too overly invested in your motivations as to why you’re doing so.