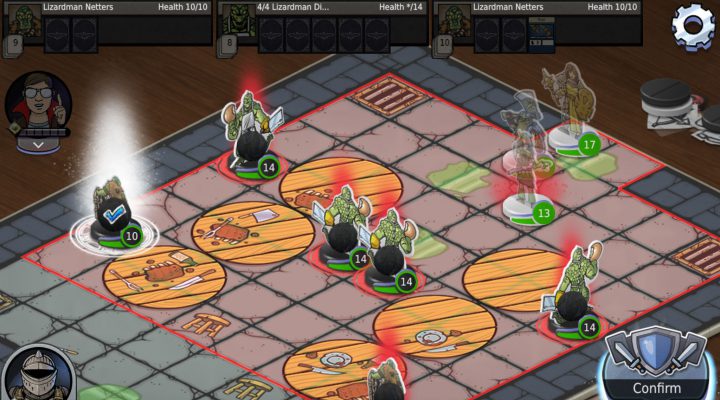 Faithful mobile translation of the excellent game mechanics from Card Hunter with a few nice tweaks.

Touch-based controls are intuitive and easy to use.

No way to rid yourself of excess loot, so hopefully your adventurers have big closets.

Card Hunter is, for lack of a more specific term, awesome. It’s a browser-based potpourri of turn-based combat, clever card game mechanics (with input from Richard Garfield, no less), delightful art that turns everything into cardboard miniatures and a story that both celebrates and pokes fun at tabletop fantasy RPG tropes. Back when we still reviewed desktop games at Gamezebo, it was the first game I ever gave a perfect score.

In case you’re wondering why that’s relevant here, it’s because Loot & Legends is, for all intents and purposes, the mobile version of Card Hunter. It’s the same gameplay and the same story, with some interesting design choices that fall at various points on the “help or hinder” scale. I can’t give it the same breathless recommendation I gave its prior incarnation, but the good news is that its flaws are eminently fixable. 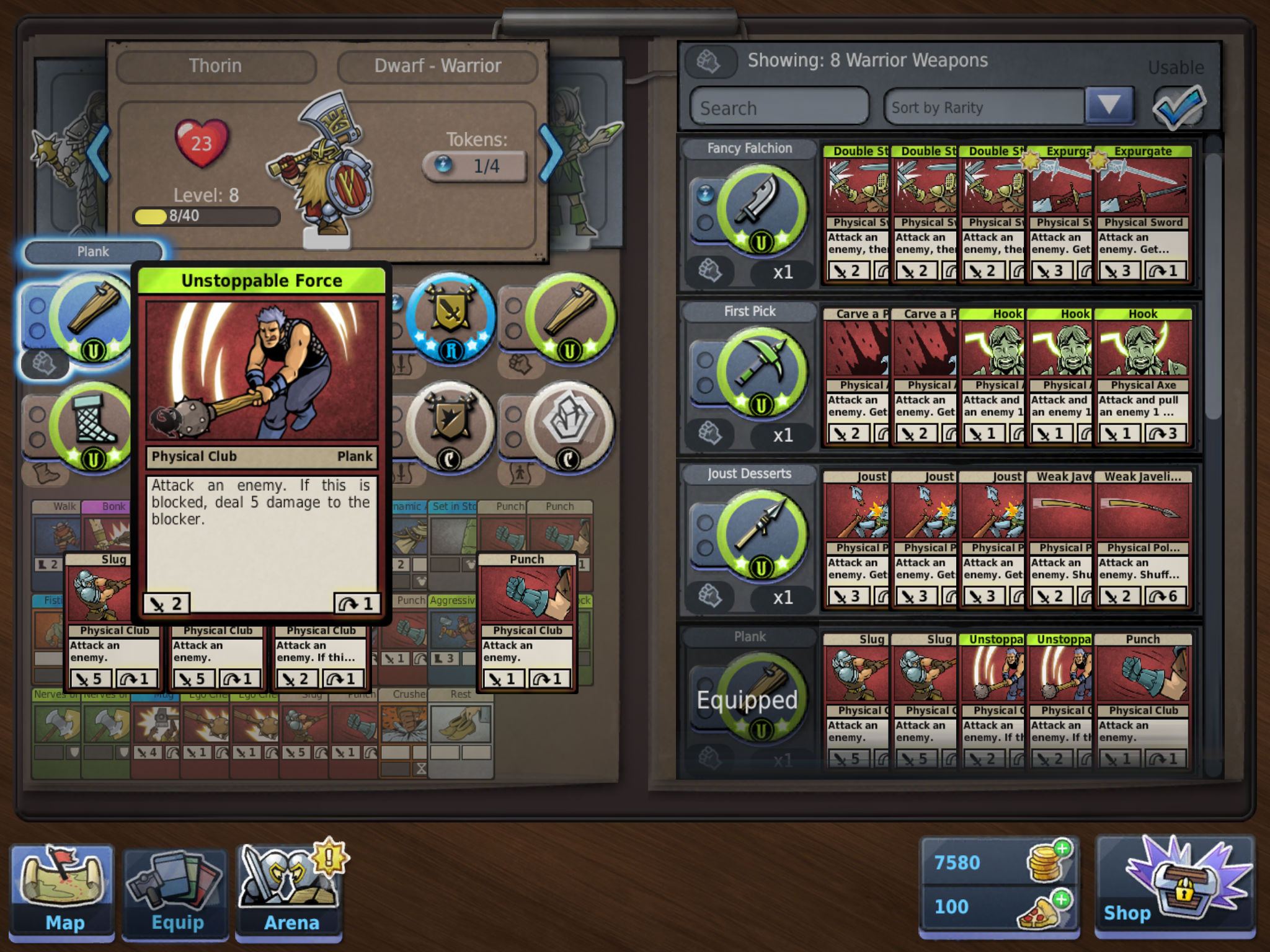 Let’s start with the good stuff. As you’d expect from a game whose bread and butter is turn-based combat based on cardboard miniatures, Loot & Legends plays like a dream. The touch interface feels natural, almost like you can’t recall how you played it before with a mouse. You simply tap on the card you want to play from the full selection at the bottom of the screen — the hook here is that all of your gear comes with different cards that get added to a specialized deck for each character — and the game takes care of the rest, highlighting how far you can move or who’s in range for attacks and spells. Tapping and holding on any card pulls up its info, so there are very few places new players can get confused.

The art style and humorous framing story have all made the transition to mobile intact, which is a good thing. However unlike Card Hunter, where you had some options about which quests to tackle next, the various modules have been laid out in a linear fashion. The devs say it’s to reduce the amount of grinding involved, and the map now looks more like one you’d see in a stereotypical mobile game, but it feels restraining. 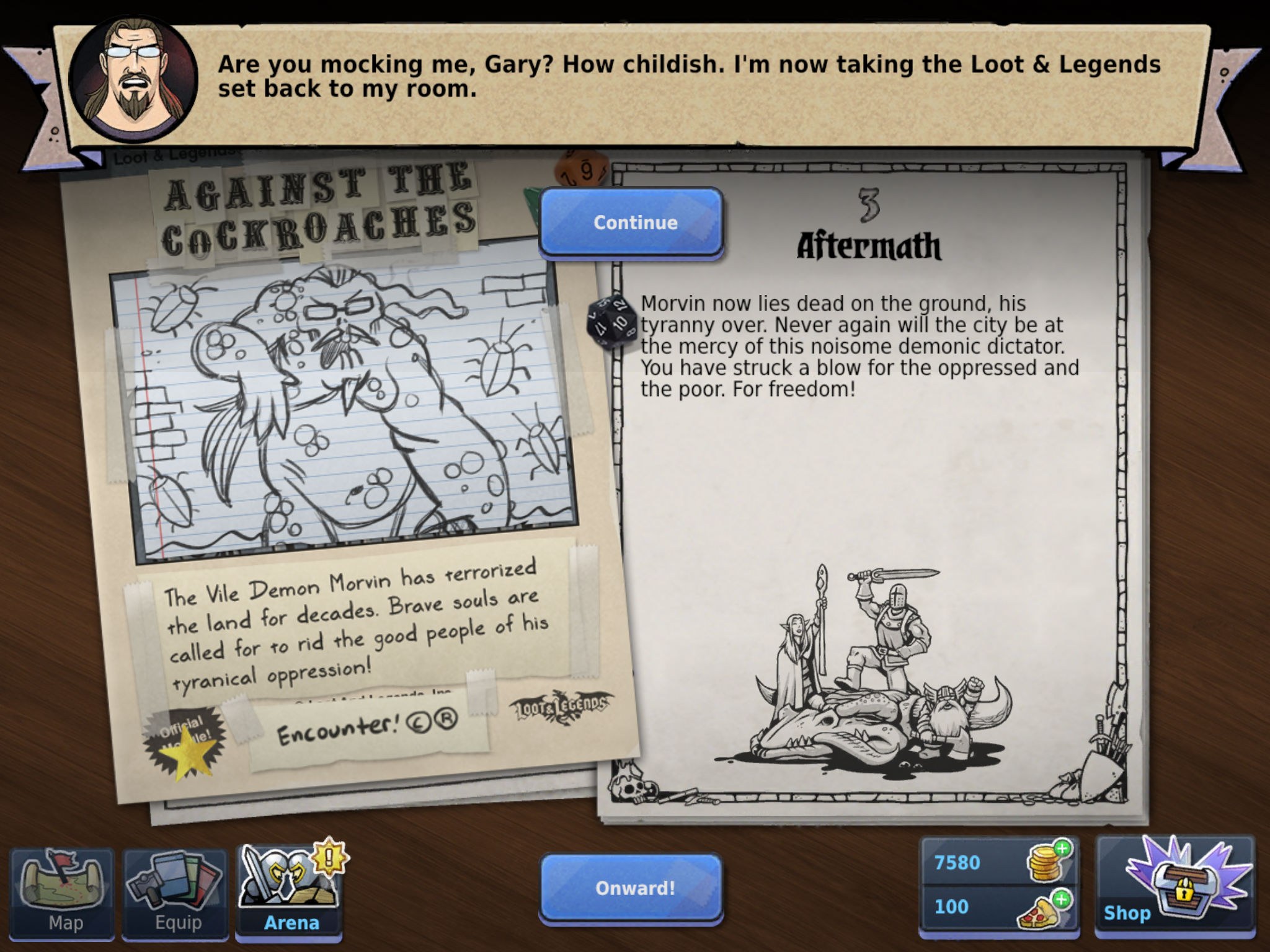 There are also no stores or any other way to rid yourself of unwanted loot, which you’ll acquire by the truckload. This is by design, apparently, with DropForge hinting at a crafting system of some sort. That would be excellent, and given that some of the tweaks that have been made to certain cards (especially Armor cards) since the days of Card Hunter are winners, it should be a perfect way to make the gameplay even more unpredictable. I just wish it had made its way into the original release.

Still, there’s a ton of content here for a free-to-play title, and the Arena mode adds to the value proposition. Think of it a substitute for PvP, with battles fought against a team of one warrior, one wizard and one priest, just like the one you put together. You get one Free battle every two hours and can spend gold to get another one instantly. The bot teams come at you with a wide variety of different gear load-outs to keep you on your toes, and while the AI isn’t aces, it’s not a pushover either. Ten different boards force you to come up with appropriate strategies, and you can earn loot, premium currency (in the form of Pizza Slices, naturally) by working your way up the ladder. 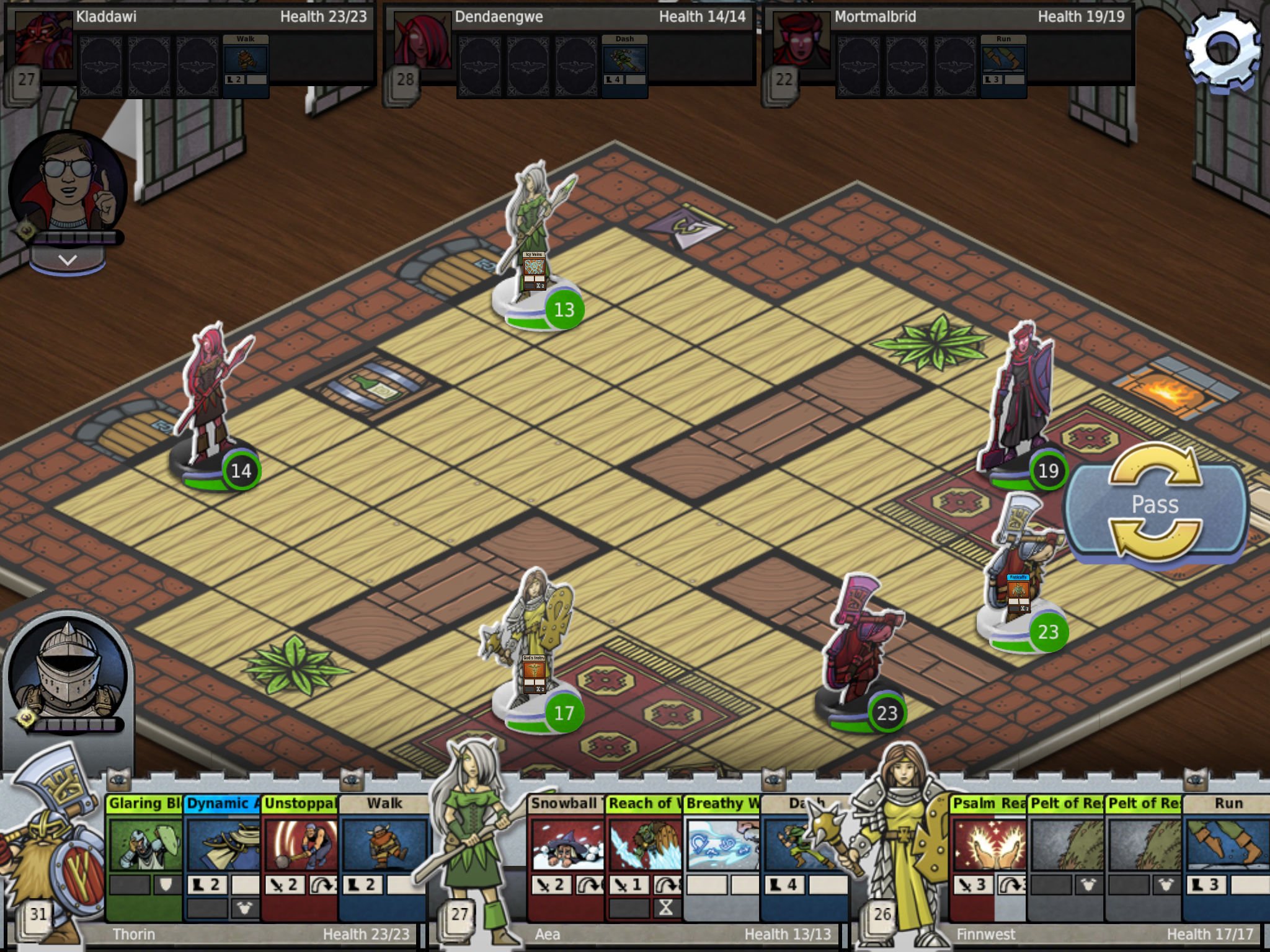 The downside to all of this is that at launch, Loot & Legends crashed a lot. I mean a whole lot, in almost every conceivable situation: starting a battle, mid-battle, switching between game screens — you name it. One particular situation, attempting to equip gear I just won in the Arena, gave me an error message and kicked me out to the title screen every single time. Fortunately, the game is good at remembering your save state, so even when you get booted out, you can relaunch the app and pick up where you left off. It’s also very likely DropForge is already laboring away to make the game more stable, but it’s pretty disappointing that the release version was so buggy — especially considering its long soft launch period.

I’m a firm believer that Loot & Legends will approach or reach the heights of Card Hunter, but I can only review games in the forms they take when we can actually download them to our tablets. This one is an unstable version of a classic for now, so here’s hoping we can revisit it in a few months and find it’s realized its full potential.