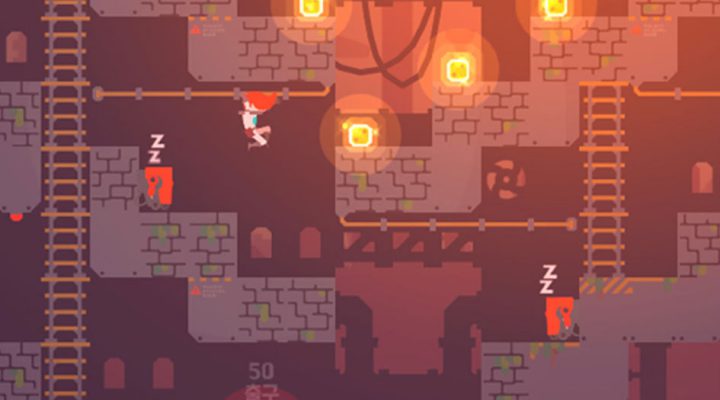 It might be an old idea, but it feels super fresh.

Controls and presentation are slick.

Gets a little samey.

It’s rare that a platformer on the App Store will take you by surprise. They usually follow a simple pattern – a couple of buttons, a decent level of challenge, and levels that are designed to test your reactions rather than your intelligence.

Which is what makes Lode Runner 1 such an enticing prospect. Sure it’s based on a game that’s more than 30 years old, but the mechanics of the original haven’t really been exploited in any way since. And that means coming to it with a modern head on your shoulders makes for a really engaging experience.

This is the sort of game you’re going to accidentally lose a couple of nights to. It’s fun, it’s flash, and while it derives its challenge from places other than the speed of your fingers, it’s still going to push your gaming talents to a decent degree. 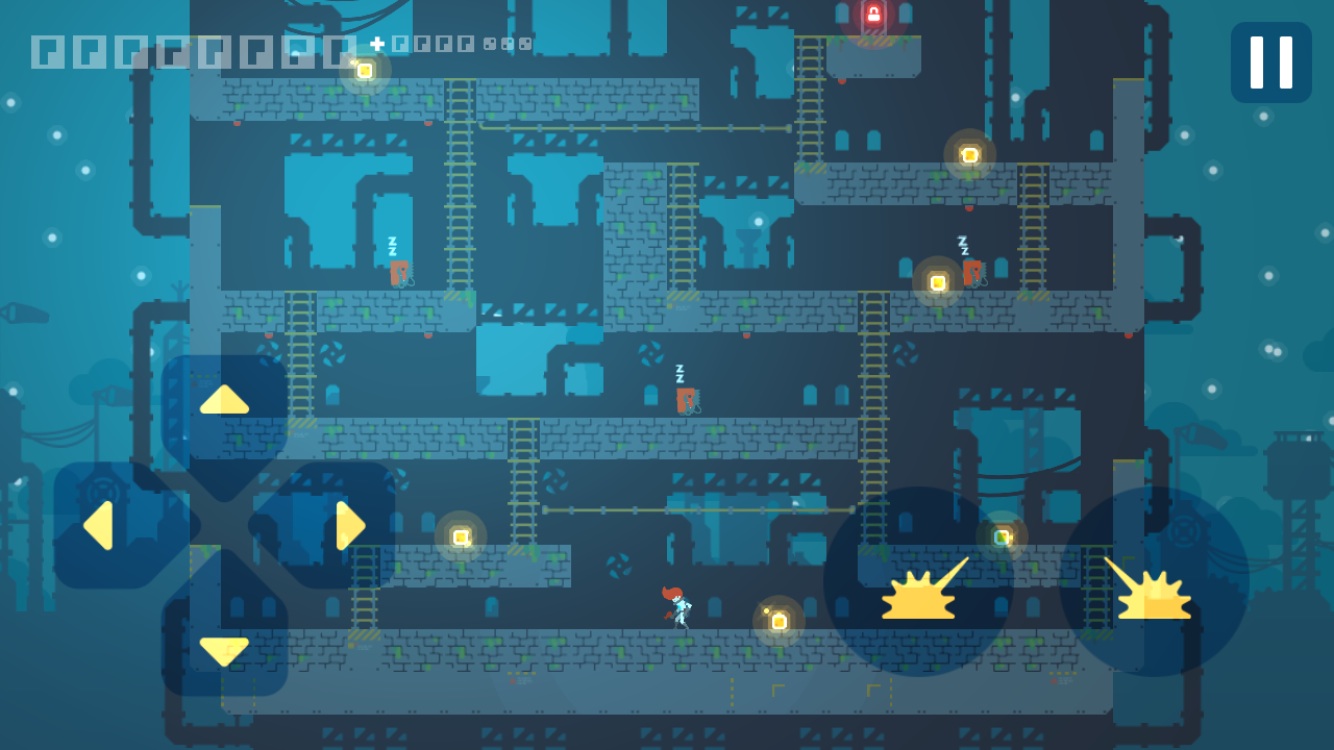 The controls here are pretty simple. You’ve got a four-button dpad on the left of the screen, and two buttons on the right. You move around with the dpad, navigating levels made up of floors, ladders, and bars that you can swing across.

It’s with the other two buttons that things get interesting. These fire a laser beam down and to the left or right. You can use these to dissolve certain patches of the levels. This isn’t just a way of getting around, it’s your only weapon against the scuttling robots that patrol the game.

Your aim is to collect all the gold pieces on a level. Once you’ve grabbed them all the exit opens. Get there and you’ll move on to the next challenge. It’s easier said than done though, and while the first few levels walk you through everything you need to know about the game, the deeper you get into things the more complex it all becomes. 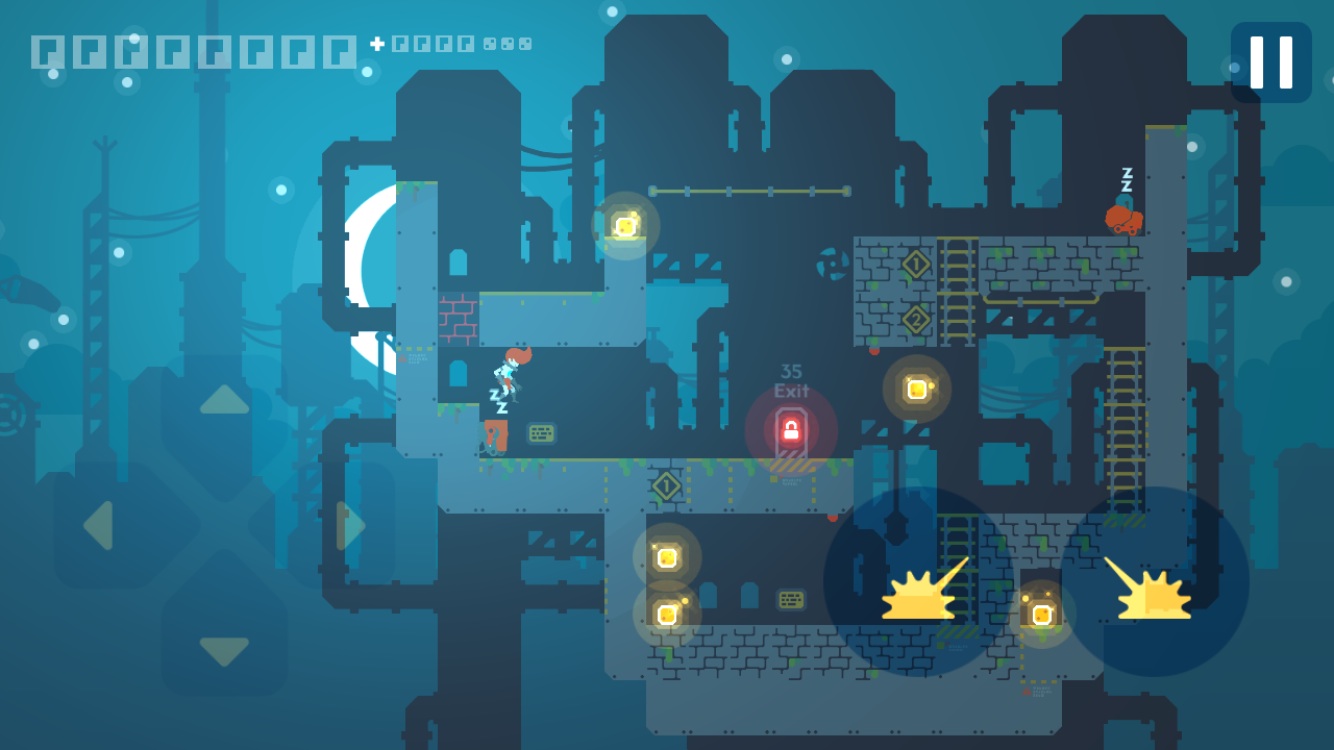 The robots will pick up any gold they wander past, and there are different kinds of androids out to get you. Some patrol specific areas, but others will chase you once you’ve grabbed the first coin. Things get pretty frantic when there’s a couple of bots chasing you and a third that’s about to join in.

But the game gives you more than enough to make it out of even the stickiest situations. You need to learn how things work, and understand that there are times when you’re going to have to outthink your robotic foes rather than just trying to scramble past them.

It makes for an experience that’s closer to a puzzler than a platformer. There’s action here, don’t get me wrong, but a good plan will more often than not trump the speed that your fingers can dart across the controls. And that’s a trend that I’d definitely like to see more of on mobile. 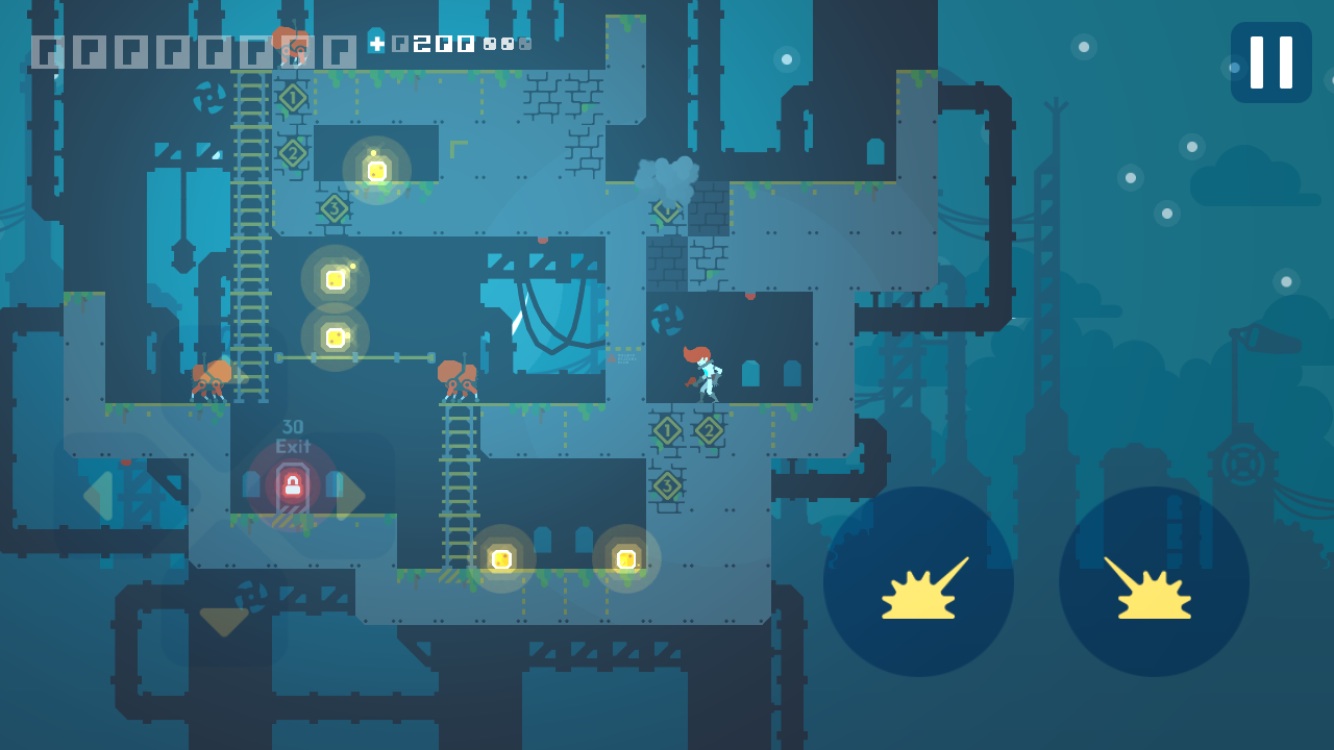 Lode Runner 1 might have 30 year old DNA in its make up, but there’s something about the game that makes it feel like it’s always belonged on mobile. The panic is inherent in the things that are happening, rather than in the ineffectiveness of the controls you’re given to deal with them.

This is a smart and engaging platformer that does things differently. It might not offer the thrills and spills of a hardcore leaper, but there’s something much more interesting going on here, something that’s likely to get its claws into you pretty quickly.

If you’re a fan of the original, or if you’ve never even heard of Lode Runner before, this is a brilliant and intelligent platformer that deserves to be played by as many people as possible.

Fear for Sale: The 13 Keys Review – Hotel of Horrors

SPACEPLAN Review: Of Satellites and Potatoes