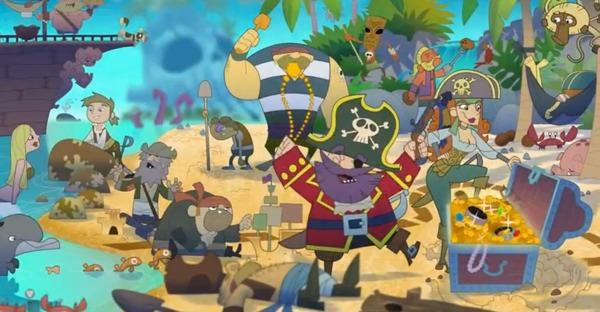 Once (and twice, and three times) upon a time…

These days, when it comes to the lucrative business of social game making, everyone wants to get into the act. Need proof? This month, well-known online retailer Amazon (who’s created its very own game studio) brings us Living Classics, a hidden object-style Facebook game. And this entertaining little diversion could have been a solid first entry into the social arena, too, if not for its reliance on some of the more irritating mechanics of the genre. So let me tell you a little story…

Living Classics starts with a simple concept. An artist friend of yours with a penchant for sketching cute cartoon foxes writes to tell you something amazing. Some of his drawings—a family of cookie-loving cartoon foxes—have come to life. The problem is, they’ve run away and gotten themselves lost. Somehow, they’ve jumped into some of the world’s most enduring and well-loved stories and your friend’s  hoping you’ll be able to drag them back out. Before you can drag these little rascals anywhere however, you have to find them, and you do that by engaging in a new variant on hidden object gameplay.

Living Classics changes the hidden object formula by having you search for animations rather than items. There’s no list of things to find; you just fix your eyes on the scene and wait for something to move. When it does, you click it, and search for another drawing in motion. This sounds simple enough, but can get pretty challenging depending on the size of the object and the speed of its movement. Similar to other hidden object titles, combo points are given for finding things in quick succession, and bonus points are granted for accuracy, and for finding everything within a set time limit.

The game’s main strength is its commitment to executing on its storybook motif. There’s a classic Disney feel to the graphics, as each scene is expertly designed and full of beautiful, vibrant color palettes. Starting with Alice in Wonderland, you move on to unlock things like pirates, King Arthur and a haunted mansion. The individual animations in each scene are fun to watch, and each book has custom music that makes playing its scenes that much more engrossing. You can unlock additional scenes with in-game gold and Premium Pictures with in-game cash, and can purchase a handful of search aids such as a magnifying glass, a camera flash, a reading light and a cup of espresso (this last one makes animations faster, thus making them more visible).

And this system – all of it works really well in theory. Where Living Classics goes wrong, however, is by relying too heavily on the annoying energy-based game model and promising more variety than it can deliver. Starting you out with 30 units of energy and charging 6 units per scene, you get to play roughly ten minutes before having to stop. And upon waiting to come back, the next scene doesn’t feel new or different enough to have merited the time away… let alone paying real cash. Petering things out this way dilutes the inherent value.

OK, full-on soapbox time. The energy-based game model is my personal pet peeve. While I don’t mind spending money on games (I do it almost daily), I think it’s ridiculous to expect players to whip out their wallets after a mere ten minutes. Many games today reward skilled players by using the “life” method which allows them to continue playing as long as they’ve passed a certain score threshold. That’s a more generous approach and, to me, far better than than energy for a game of speed and reactions. Anyway…what was I saying? Ah yes. Living Classics—variety—lack of.

The many different books in Living Classics suggest a broad variety of missions. Unfortunately, that’s not so much the case. No matter which book you play, you’re asked to do the same thing again and again. The game’s core concept is searching for animations and its overall structure demands that each scene be played around thirty times. Of course, if you’d like to skip some of this grind, you can spend some in-game cash which is bought with real-world money. Built as it is on repetition, Living Classics therefore makes you spend money. This wouldn’t be a bad thing if spending money unlocked something new. Here however, buying your way out of repetition only sets you up for more repetition, with little effort spent tailoring the mission to its zone beyond the aesthetics. And I hate repetition. I hate repetition. 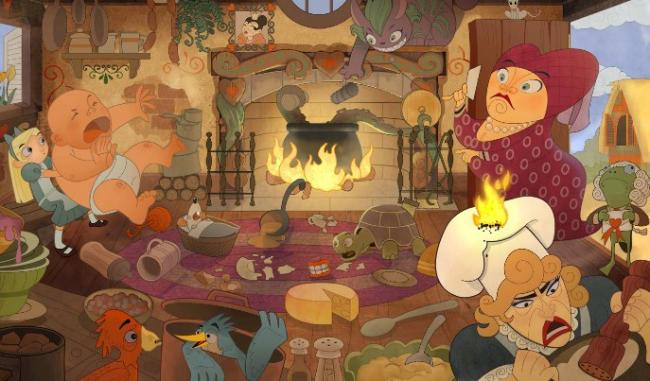 Worse, the game forces you to pester other people, since you can only complete certain missions by visiting friends. Yeah, I know, I get it. It’s a social game. But perhaps the cost of buying your way past certain things could be less forcibly “social?” (see: my other pet peeve.) That way, solo players who prefer not to alienate their entire friends list  with unwanted game spam wouldn’t feel as if they were being punished.

Living Classics is a good example of a great idea unevenly implemented. The art team is obviously talented, and the concept itself is great. It’s a lot of fun to search for animations and it’s even fun to replay scenes—a few times. What’s not fun is replaying the same scenes over and over, only to be “rewarded” with more of the same. It’s also not fun to only get to play a few minutes at a time, be forced into bugging your Facebook friends, or into spending far more money than you would on a game you could own outright. Still, like most Facebook-published titles, Living Classics is “in development.” Perhaps down the line, adjustments will be made. For now though, the moral of this one is largely: steer clear.