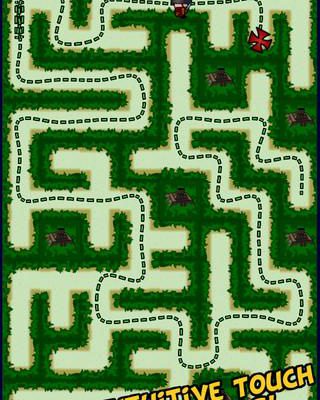 How quickly can you solve a maze?

As the sophomore release from FlipShip creator ByteSize Games, Little Labyrinths initially appears to zig where FlipShip zagged. Scratch beneath the surface though, and you’ll find that this release doesn’t stray too far from its predecessors ideals. Both games are about intuitive gameplay, quick bursts of play, and plenty of reasons to come back. But while FlipShip excelled on this last point, Little Labyrinths manages to be a little easier to walk away from.

The idea behind this one is simple – so simple, in fact, that you’ve been playing one variation or another since kindergarten. Little Labyrinths is a game about mazes. Quick, simple, time-limited mazes, but still mazes all the same.

The object of the game is to complete each maze as quickly as you can by drawing a line from your character to their objective. Along the way you’ll be able to snag bonuses that will enhance your score or increase the time on the clock, and as soon as one maze is finished, the next will jump in front of you without a second to spare. Once the clock ticks down to zero, its game over – or at least it is at first.

Additional game modes, from a “see how many mazes you can complete in 3 minutes” mode to a “go at your own pace and practice” zen mode can be unlocked using coins which you’ll accrue as the game goes on. You’ll also be able to unlock new characters, maps, and objectives – and they can all mix and match however you’d like. So you might want to send your pirate through a maze in the candy kingdom to retrieve some dragon eggs – how you decide to make the game look is entirely up to you.

But no matter which options you pick, the game never looks particularly good. The art assets here tend to look amateurish at best – something that comes as quite a surprise when compared to the stunning style of their first release. In fact, unlocking the FlipShip items in Little Labyrinths was the closest I came to feeling satisfied in terms of visual presentation. 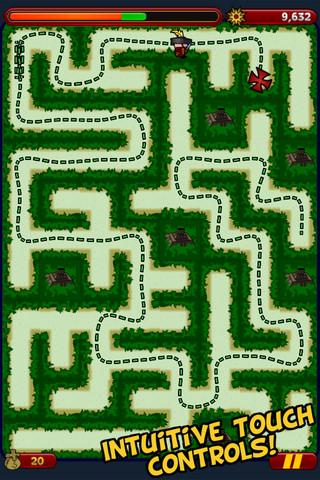 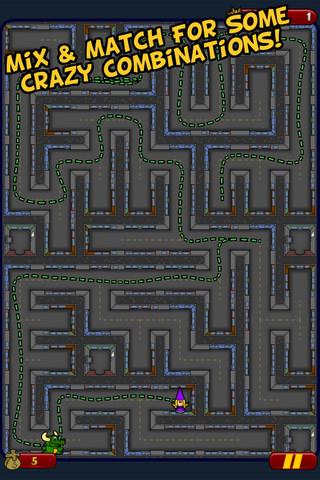 In all fairness though, presentation is a two-sided coin – and I’m going to be humming the great music from Little Labyrinths for days.

The art department wasn’t the only bump in the road that we encountered, either. When a game is all about drawing lines around tight corners at fast speeds, it needs to be a tad forgiving about when you cut a corner a little too fast and draw your line into the wall instead of the open space. Little Labyrinths seems to lack this forgiveness, as every five or so games I’d encounter this issue. Sometimes there was enough time left on the clock to complete the maze anyways, but more often than not, this little hiccup would bring my game to an end.

Namco released a coin-op redemption game a few years back called Flamin’ Finger. Backed by little more than LED’s, players had to trace their finger to the exit of a maze before the timer ran out. It was fast, frenzied, and crazily addictive. Little Labyrinths feels like the spiritual successor to this game, but fails to capture that same “just one more time!” vibe that Flamin’ Finger managed to create. If you’re a fan of mazes, Little Labyrinths offers up a nice alternative to all of the wood and ball labyrinth style games on the App Store – but it’s just not the hyper-addictive title we were hoping for.