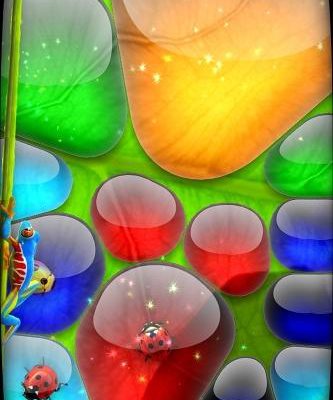 Stop me if you’ve heard this one before: there’s a puzzle game that’s all about matching colors, and despite how simple it is I just can’t put it down. Bejeweled, Chuzzle – even Bust-A-Move. That last sentence can be applied to a myriad of classic puzzle games, and yet I’m always surprised when my breath is taken away by just one more – and Liqua Pop absolutely takes my breath away.

Like any good arcade-style puzzle game, the concept here is deceptively simple. Players will drag different colored water droplets around the screen to combine them. Combine four or more and a timer will start ticking down, with the large droplet you’ve created disappearing at the end of it. The object of the game is to clear as many droplets as you can without letting the screen fill up. If the screen fills up, it’s game over.

These basic elements meet with a good number of techniques, special items, and varying stages to create a deeply satisfying portable puzzler. Players can tap on a large droplet to reset the timer, or shake their iPhones to pop multiple bubbles at once to earn a combo. Some stages throw double-sized droplets at you, while others up the number of colors you’ll have to tackle. There’s a surprising amount of variety here – especially in light of the game’s simple premise.

In addition to the elements mentioned above, players will have a chance to rescue bugs that are trapped in the water drops. The most basic of these do little more than up your score, but when you get a little deeper in you’ll find special bugs with special powers. The painter bug, for example, paints all of the surrounding droplets the same color once freed. The bomb bug pops a number of neighbouring bugs, helping to clear the screen once freed. Some, like the void bug, end up being less a help and more of a hinderance, which helps to shake the gameplay up even further.

A big part of what makes Liqua Pop so engaging is how natural the controls feel. Dragging droplets around the screen is completely intuitive, and the game never seems to mistake your intentions – something that’s key in a game that can become as fast-paced as Liqua Pop can in the later levels.

The other big thing Liqua Pop has going for it is its flawless presentation. This may be the best looking and best sounding puzzle game on the App Store. Droplets animations seem to be dynamic, squeezing neighboring droplets as you pass between them in a wonderfully realistic manner. Backgrounds, bugs, and colors are vibrant. Looking through a droplet magnifies the background, much like a real water drop would. The game embraces its nature theme perfectly, pairing these stunning visuals with a cacophony of rainforest sounds like birds and insects. There’s a wonderfully relaxed zen quality to Liqua Pop, and that’s a mood that’s hard to achieve in gaming. 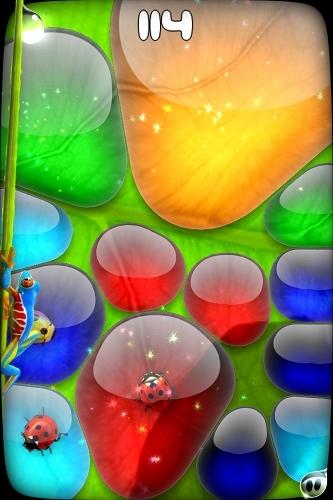 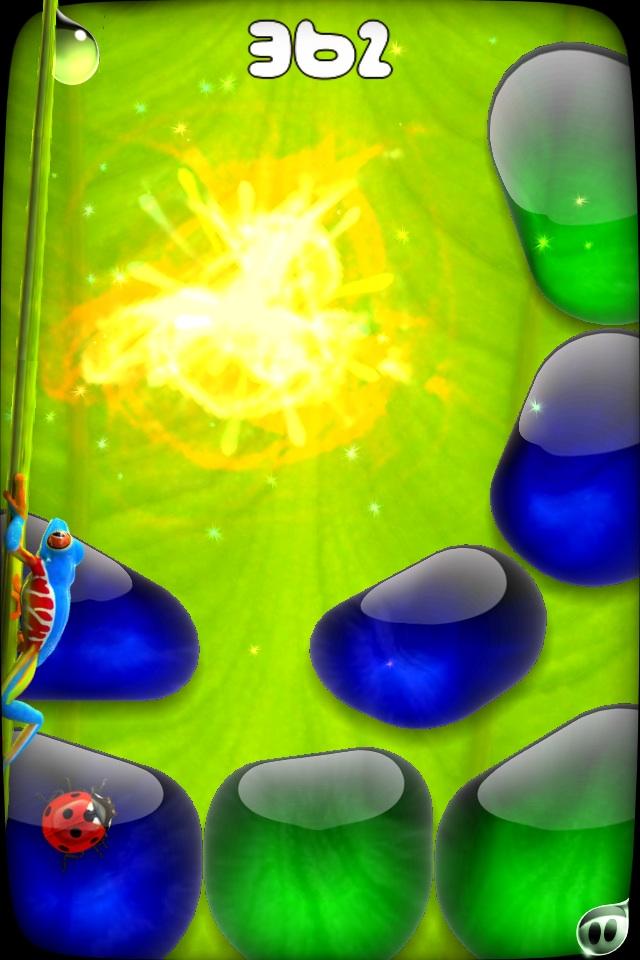 The only real downside to Liqua Pop is that there simply isn’t more of it. With only one game mode and some in-house leaderboards (EA still hasn’t jumped on the Game Center bandwagon), Liqua Pop relies on its core gameplay alone to keep players coming back. In my opinion, that’s more than enough. But if you’re the type of gamer who’s wowed by bells and whistles outside of the basic experience, you won’t really find any here.

If you’d told me last week that I’d soon be reviewing yet another puzzle game about matching like-colored objects, I probably wouldn’t have batted an eyelash. If you’d told me that I’d be raving about this game as one of the must-have iPhone titles of early 2011, I’d have batted several. Nobody is as surprised as I am that what on paper is simply another humdrum color-matching game might just be the best iOS puzzler since Cut the Rope – but it is. If you’ve ever found the slightest bit of satisfaction in matching up like colors, consider Liqua Pop a must buy.