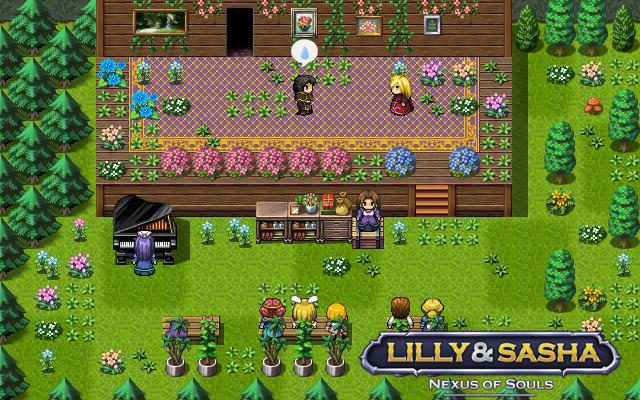 Lilly & Sasha: Nexus of Souls captivates as much as its predecessor, with deeper combat

Be warned: If you have yet to play John Wizard’s previous role-playing game, Lilly & Sasha: Curse of the Immortals, you’d do well to work your way through it before tackling Lilly & Sasha: Nexus of Souls. This sequel picks up right where its predecessor left off, and despite a quick recap of key scenes from the previous game, its story and characters are so intertwined with those of its forerunner that players who didn’t play Curse of the Immortals will be left scratching their heads some of the time.
Nexus of Souls begins (spoiler alert for those who haven’t finished the first game) with Sasha possessed by Zahhak, an evil entity seeking to reclaim the power of the Immortals. Her sister, Lilly, swears that she will see Zahhak expelled from her sibling’s body, even if that means killing her. She, along with companions Griffin and Enoch, leaves the shrine in which the last game ended and begins a journey through a dark and stormy night. 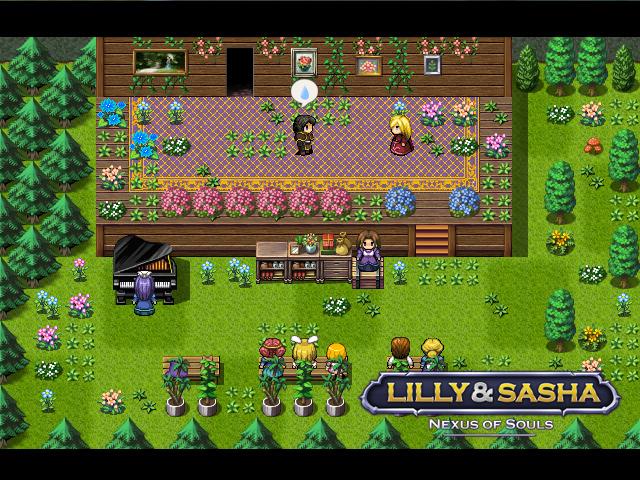 It’s a surprisingly gloomy beginning for a game made by John Wizard, a developer that prides itself on its winning sense of humor. Still, it’s fitting, given that one of the main themes here is whether or not Lilly should kill her sibling in order to save her. And not to worry; there are still plenty of moments to make players smile, such as one scene early on in which a vendor tries to sell Lilly a health grill to cook the food she finds only to learn that wholesome chow is low on her list of priorities, given that she and her friends generally just eat whatever they find inside creaky old treasure chests that haven’t been opened in ages.
The differences between Nexus of Souls and its precursor go beyond the former’s slightly darker tone. Several alterations have been made to the way battles play out and how puzzles work.
Fights are still initiated by bumping into enemies wandering around the environments we explore, and they still play out in classic turn-based format. Players issue orders to each member of their party, selecting options from a cross-shaped menu of icons in the center of the screen. All of this should sound familiar to returning players, but it soon becomes apparent that things are a bit deeper this time out.
For example, the selection of pets that can accompany player characters into combat is larger, ranging from the always useful Charlie the Chicken—who restores a few hit points to each hero not just after each turn but each action—to Wolfgang, a frog that greatly increases the odds of all party members dodging incoming attacks.
Plus, each of the game’s playable characters possesses skills that vary depending on which allies you’ve chosen to take into combat. Have Lilly team up with Griffin and you’ll be able to significantly heal all party members. Have her team up with Dak and you’ll be able to heal party members to a lesser extent, but also reduce the amount of damage taken each turn.
There are also several new runes and trinkets that alter character abilities, making it worthwhile to experiment and figure out which are most powerful and/or the best fit for your playing style. Plus, each character now has his or her own power meter. 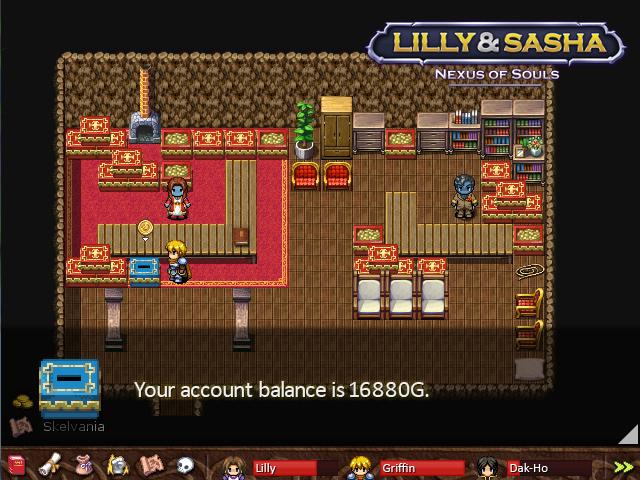 The end result is deeper and more rewarding combat. I spent more time strategizing and organizing my party prior to battle, and once in a fight I rarely felt comfortable simply tapping return to make my characters use their default attacks over and over again. I usually had to use healing spells to keep their hit points from dipping too low, carefully select which enemies to attack first, and decide whether I wanted to focus on using stronger attacks on single enemies or attacks with splash damage to whittle down the health of all enemies at once.
Puzzles, meanwhile, have taken on a new flavor. Many involve finding objects within an environment and then using them with the “alt” key in appropriate places. For example, you may need to grab a flute and play it for a snake in an urn to make it lash out and flick a switch, or grab a torch and turn its flame different colors to light pedestals in a particular pattern.
This new mechanic works well. It makes the puzzles feel concrete, like they’re part of the game world rather than an abstract creation. Sadly, series of similar puzzles occasionally go on too long. For example, the first series of puzzles we encounter involves searching for seeds, planting them in dirt fields in a specific pattern, collecting water in a bucket from nearby streams and ponds, and then watering the seeds to see them blossom into flowers. It’s engaging the first time we do it, and perhaps even the second and third, but these seed puzzles dominate the first hour of play. I was more than happy to be done with them and on to the next puzzle type.
Still, it’s not a major quibble. Lilly & Sasha: Nexus of Souls manages to engage and captivate in much the same way as its predecessor. The puzzles may become a tad repetitive, but good writing and compelling combat make for strong compensators. Just remember that if you want to get the most out of it you’ll need to work through its forerunner first.