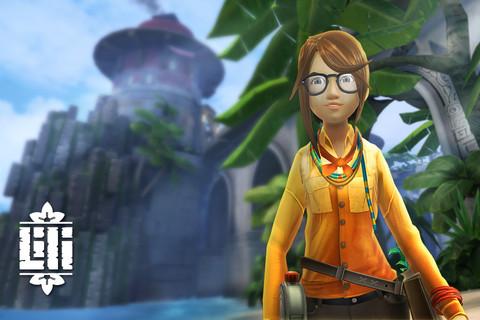 You’d think that an adventure about picking flowers would be uninspired, but — oh, no. You’re right.

Lili is all about discovery. It opens with its titular protagonist making an unexpected one: that the island to which she’s traveling in search of rare flowers is inhabited by a race of living wooden “Constructs.” Gameplay, however, gives way to a much more unfortunate revelation: that not all that glitters is gold, and that lots of polish an adventure does not make.

And what an adventure this game sets itself up to be. From the moment Lili lands on the island of Geos, she’s swept up into a conflict between the Constructs and the oppressive, masked “Spirits” who seemingly control their fate. A conflict which Lili’s studies in botany may just be able to resolve. Fertile ground for an engrossing story, to be sure, made all the more fertile by the fact that Lili happens to boast some of the most boundary-pushing production values available on iOS.

Let’s get the obvious out of the way: this is a phenomenal looking game; “hard to believe it’s running in the palm of your hand” phenomenal. Unsurprising, perhaps, since BitMonster Games is comprised of former staffers from Epic Games – the company that invented the Unreal Engine technology on display. With that said, they wield the tools wonderfully, crafting an island paradise that feels at once vibrant and other-worldy. A place filled with villages steeped in environmental and faux-cultural detail, which seem to beckon exploration. The soundtrack more than keeps up, dancing between lilting seafaring melodies and mystical-sounding tunes follow in the footsteps of The Legend of Zelda: The Wind Waker.

Ultimately, though, all the epic RPG trappings in the world can’t sustain the weight of the problematic design that lies at the foundation of Lili. What begins as a clever concept – you battle the island’s spirits by hopping on their back and swiping deftly to pick their life-giving flowers, while avoiding thorns and bombs – is soon revealed to be the game’s only trick. For all the effort spent building a colorful cast of characters in the offbeat, sarcastic Constructs, they only exist to shepherd you from one set of glorified mini-games to the next. Rid this area of three spirits. Find and destroy four spirits. Chase down five spirits. 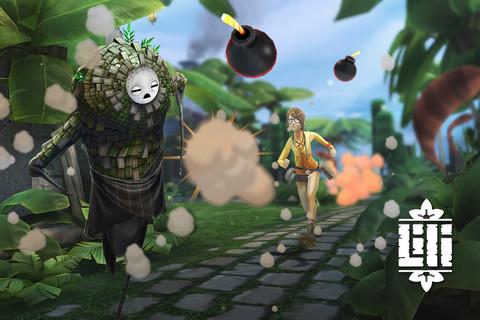 Sadly, the self-declared “non-battle” system wears very thin, very fast. Unlike more substantial RPG gameplay, the odd mash-up of Shadow of the Colossus with  Fruit Ninja “swipe and avoid” tactics doesn’t satisfy beyond the first few appearances; and certainly not by the 20th. Moreover, BitMonster uses the already flat experience of “non-battle” to shoehorn in what feels like an extremely disingenuous attempt to monetize the player. You see, chasing, catching and fighting each spirit is crucial to advancement in the game. Yet despite the ability to “level up” Lili’s speed, sneakiness, and grip on spirits, difficulty scales jarringly so that enemies seem to remain impossibly hard to catch – always at a point in each village’s winding design where cornering them is futile.

The solution? Use your crafty power-ups, of course! One-time use items like speed-boosting sandwiches and potions that turn you invisible  to gain the upper hand – all at the cost of some in-game coin. Certainly, both items and coin can be found in plentiful jars or treasure chests around the game, but price tags are always kept just high enough, and chase sequences just hard enough that you feel the pressure to purchase your way out of a bind. What’s at issue here is not that Lili charges money beyond its initial price tag, but that the way it’s done isn’t organic to play in any manner. Mundane as it is, the game’s most substantial system is broken up into a forced compulsion loop that you can pay to shorten. In the game’s later levels, I found myself having to play on “Kid” mode to stave off the need to waste all my in-game currency.

This design bleeds into the game’s more genuinely enjoyable moments, as well. What the combat system lacks in distinctiveness, the game’s exploratory moments make an effort to cover for with ample charm. Dialogue is a quirky to the point of being an acquired taste, but the part-fantasy character, part-hipster speech patterns of Lili, and absurdist problems of each of the Constructs make for a unique dynamic as they interact. Go out to solve some of those problems, however, and you’re met with rewards that are limited to – you guessed it – potions and sandwiches. The coat of paint may be much prettier, but it all begins to feel a little bit like the grind of FarmVille at a distance, with many opportunities for deeper play left on the table untouched. 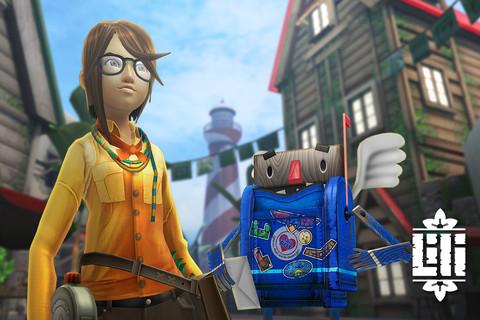 And perhaps you could argue that I’m being unfair; asking for Lili to do something it was never striving for in the first place. Ultimately, then, my question would be: why? Why, with some of the most consummate production on the platform, and such a clever concept, should BitMonster not have striven to dig deeper? To take the game beyond a dolled up version of the money-grabbing “mobile social” experiences we see multiple times a day. Why does a game that promises and sets up for an adventure feel so small…like it never left the comfortable shores of the status quo?

The Chronicles of Emerland Solitaire Review