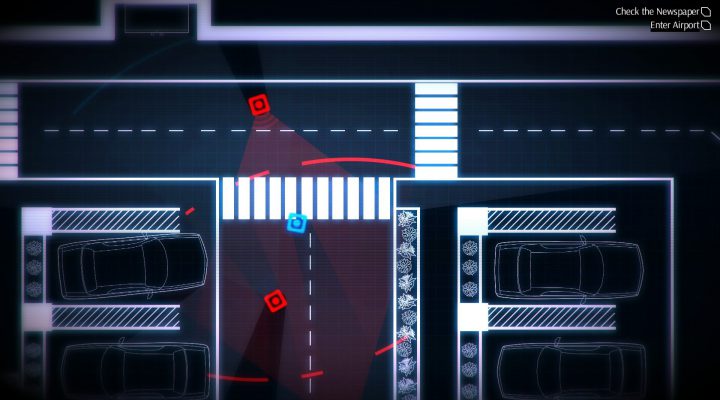 Simplifies down a complicated genre.

The game's 12 levels can be beaten in under 80 minutes.

The ending is anticlimactic.

Light, from indie studio Just a Pixel and publisher Team 17, has one of the most painful whiplashes I’ve experienced between realizing a game is really interesting and hitting eventual disappointment.

I was initially enticed when I downloaded the game and started playing it, not knowing much about it beyond having seen a single screenshot. It turns out that Light is a stealth-action game by way of the visual style of Frozen Synapse or Thomas Was Alone: all of the characters are squares. 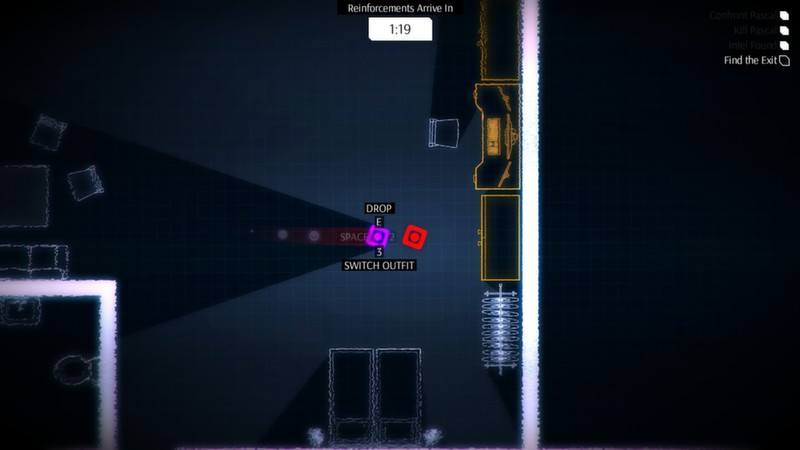 The protagonist of this affair is “6c,” a person with no memory who has been experimented upon, and who wants to discover the truth of their existence without being taken out by the red guards. Each level has the requisite objectives to satisfy before it considered completed, but how one gets there is somewhat of an open question.

Light rewards playing in a stealthy non-violent style by both giving out more points for not killing anyone, and giving out points for not getting detected by the cameras or guards, who all have visible cones of vision. But there may be situations where it’s easier to just kill a guard or civilian, steal their clothes, and hide their body. The reward is that the new disguise shrinks the cone of vision of guards, who will shoot shortly after seeing the player.

But once a kill is made, there’s a two-minute timer that ticks down to when more reinforcements, who will hunt down the player like a dog, will arrive. So, it’s best to only kill when absolutely necessary, and then work swiftly afterward. Also, each kill is worth negative points (though there are bonuses for hiding the bodies), so the game is explicitly saying: “try to be as stealthy and non-violent as possible.” 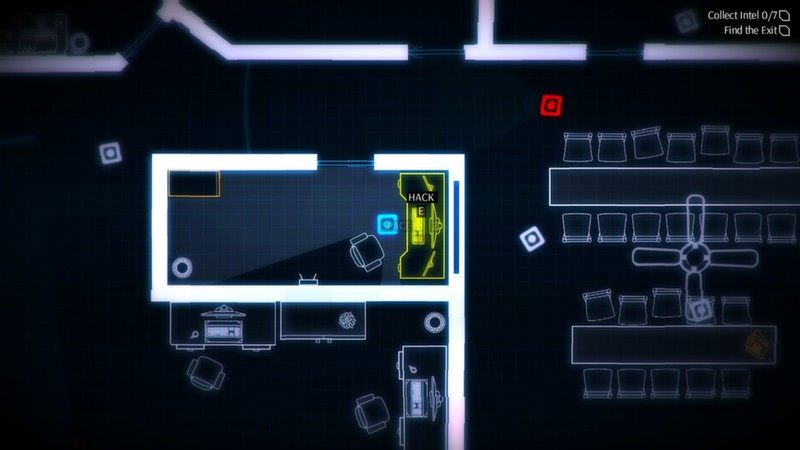 The missions in the game are all fairly short – you’ll restart right to the beginning upon death – which is good as it avoids as much frustration as possible. Failures teach the player about the level, and how to do better the next time. The ability to look ahead by using the mouse helps a lot. Terminal hacking is one of the abilities that players have at their disposal, but it’s used just to disable cameras and unlock doors, and not to cause distractions or other clever disruptions.

The controls make the game mostly playable with one hand, with the default bindings all being on the left hand of the keyboard, only requiring the right hand for the mouse. There are only 5 possible interactions, so it works for this game. There’s rudimentary gamepad support, but no way to configure the buttons nor the ability to look ahead when I was testing it out.

Light is the kind of game that caused me to remark to others that “hey, this is pretty cool” after I first played it, as I appreciate its visual style and like that it streamlines so much of the stealth genre. While perhaps walking into people or guards without disrupting them feels a bit like it’s disrupting the illusion of being stealthy, I do like that the game makes me feel like I’m on the run, having to move swiftly and be deadly when necessary. And being detected is not the end; if I act quickly, I can just maybe get out alive.

In a way, it’s a casual stealth-action game, or at least it’s one for those who don’t like the stress of the genre. This game is very easy to get into, and because levels are built to be quick, it encourages getting right back up after failing and trying again.

Light is unfortunately very short, and not in the way that Portal was of the absolute perfect length, but short in the sense that I completed it and wondered “wait, is this it?” Not only was the end rather anticlimactic, but it felt like so much of the game was left unexplored. It felt like I was just scratching the surface of the game when it abruptly ended.

Even the plot, which promises mystery, felt like it was handled in such a ham-handed way. There’s just no good payoff. If the game’s about high score repetition, where are the visible leaderboards? Surely there could be more achievements beyond the one that isn’t about completing a level? Really, this can’t be all that the game is, can it? 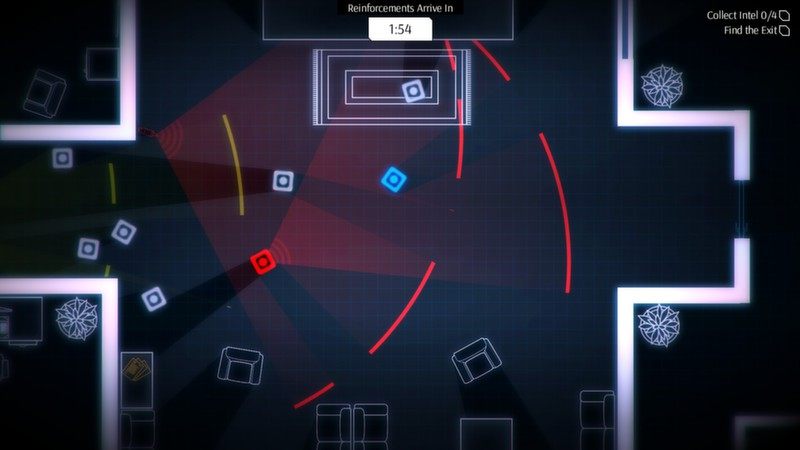 It’s kind of sad, because Light feels like the really cool first part of a game; the introduction of something really fun. But then it’s over and there are just so many dangling threads of what this game could and should be. With the addition of more content, this could really be worth picking up.

I love the concept and the way that it plays, but Light just doesn’t stick the landing to become the great game that it could.

Pixel Burger Review: The Works, Animal Style, With Everything