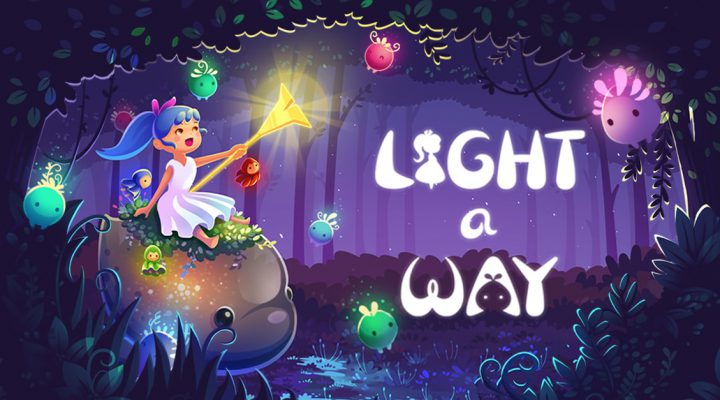 An enjoyably detailed ecosystem of upgrades and items.

It takes a little while to work out what kind of game Light a Way is. From the screenshots you’d assume it’s a side-scrolling platformer, though the narrative and customisation heavy description makes it sound more like an RPG.

While it is indeed side-scrolling, and it does indeed contain RPG elements, Light a Way is actually a much more modern genre of game. Like many of the most strangely addictive titles of the last couple of years, Light a Way is a cookie clicker.

You play as Little Girl (you can pick your own name after the intro, but we stuck with the default), a Guardian whose task it is to rid the world of Dark Beings. According to the backstory, these evil Dark Beings consume the lovely Beings of Light, though there isn’t much evidence of this in the gameplay. 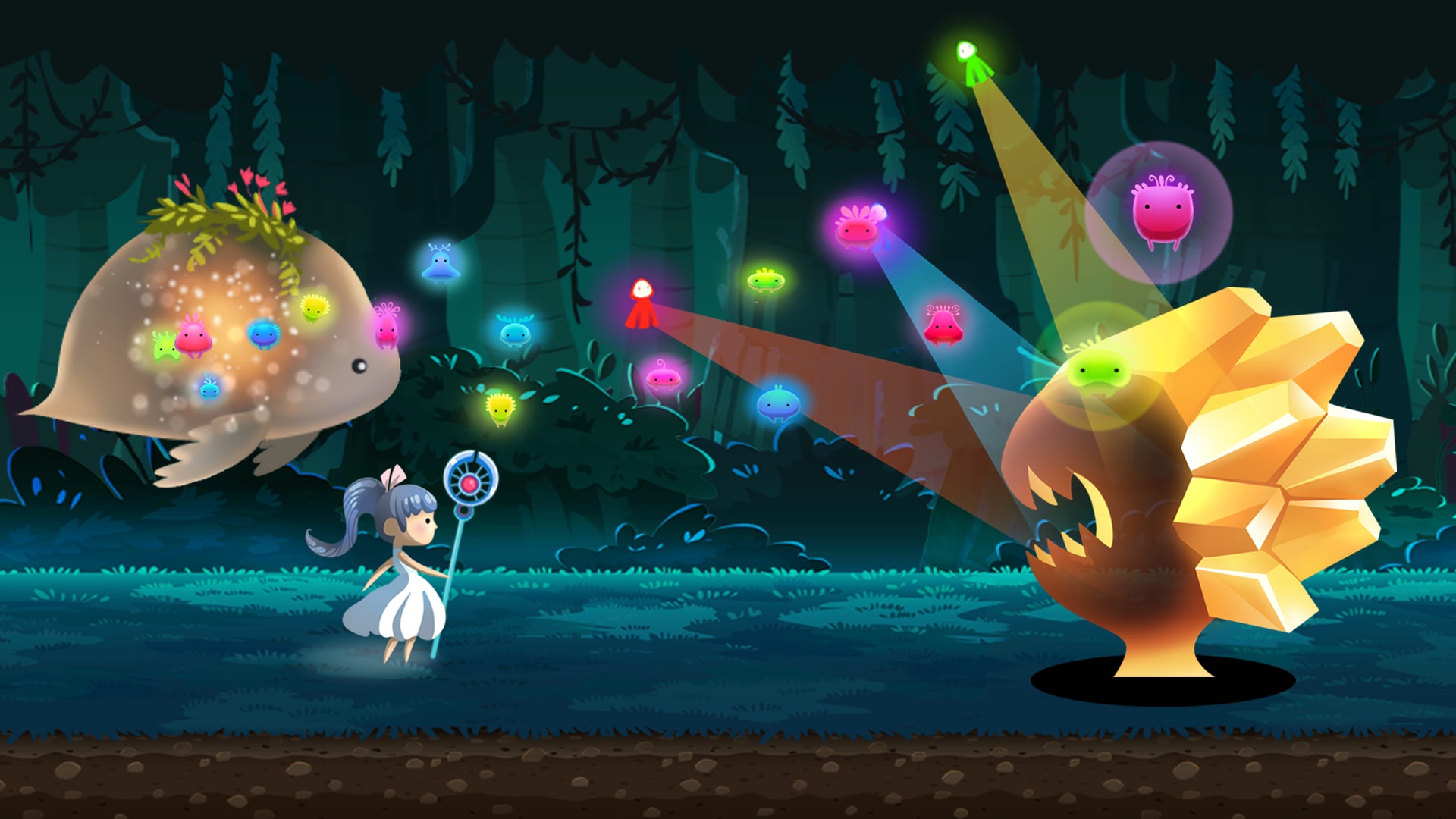 In fact, most of the Dark Beings are harmless-looking blobs that appear to be paralysed. They are powerless to prevent you and your growing band of adorable companions from bludgeoning hem to death with your finger. If you skip the pretty, comic book intro, you could be forgiven for thinking that you’re the bad guy.

You walk along, encounter a blob, tap furiously on it with your finger until its energy bar reaches zero, and then repeat the process. Between bouts of tapping you spend the points you earn on upgrading your character, increasing your power in readiness for the progressively more robust blobs in your way.

As your level increases you’ll acquire more and more extras: first come the red, green, and blue Fairies, which expel three kinds of deadly light when you tap on baddies. Then the Lumis, which hover around expelling light automatically.

You can upgrade these separately to increase their killing power, and more and more new ones become available as you advance, surrounding your character with a festive swarm of glowing sprites. They also learn special skills at certain levels, and you gain access to your own set of skills through ten different Staffs, each of which has its own unique power. 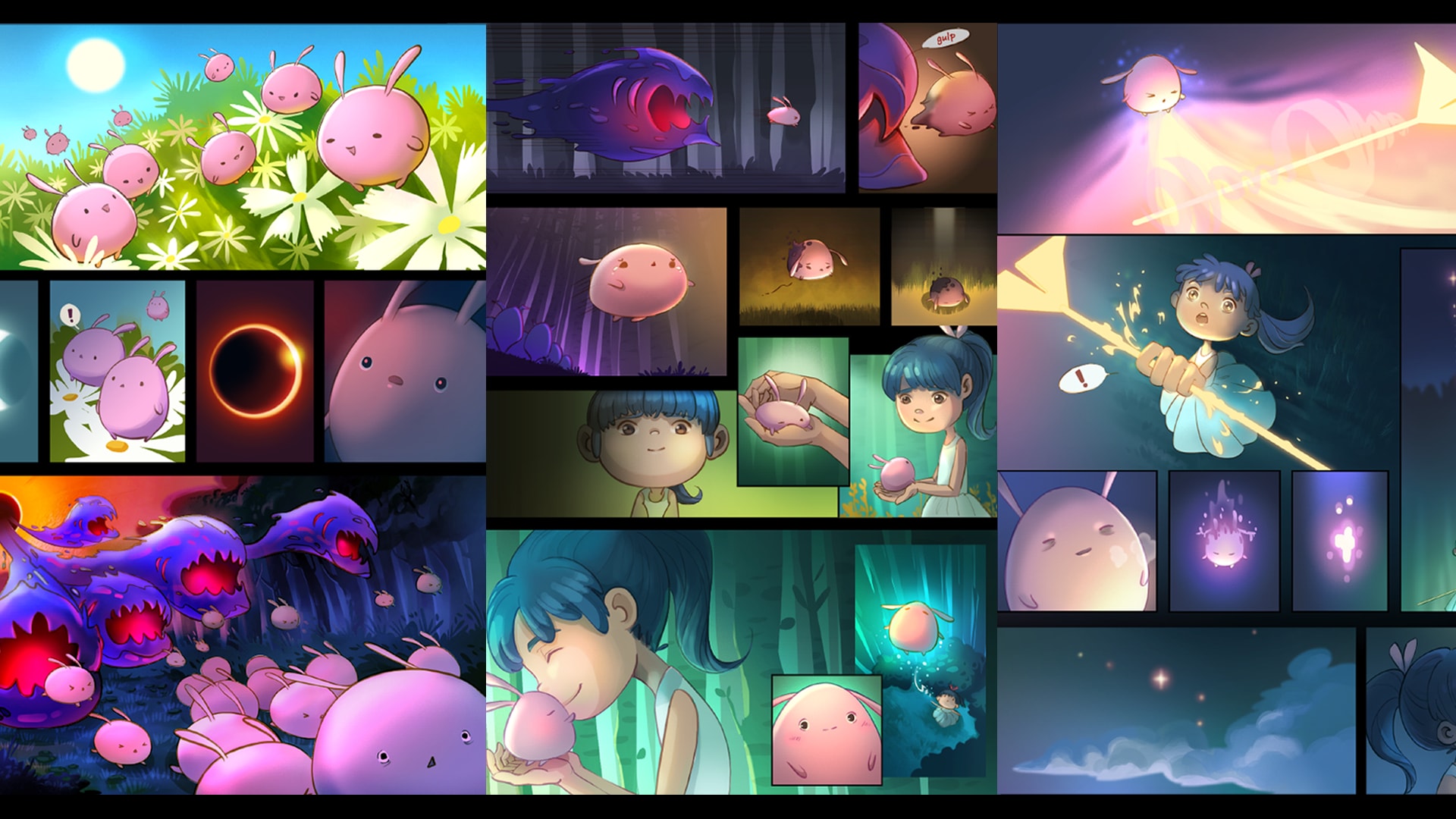 And that’s not all. There are also Spells, Runes, Lightstones, Blessings, and Treasure. Many of these things are upgradeable, meaning there’s a huge amount of stuff to keep your eye on, and a huge number of upgrades and unlocks to chase.

Whenever a new item is available a red mark appears on the relevant menu icon, making your housework pretty painless. As well as upgrades these red marks sometimes let you know that you’ve completed an achievement or earned a time reward. These often come in the form of Diamonds, which you can also pick up by killing the intermittently appearing Erebus.

To be honest, we could go on for hours about the various intricacies of Light a Way’s ecosystem of upgrades and items. Anybody who has played a decent mobile ARPG recently will recognise the library of menus, spells, gems, perks, runes, and other paraphernalia, plus the grunt encounters punctuated by more challenging bosses.

However, the gameplay is less usual. The baddies in Light a Way represent no danger whatsoever – they just sit there, take a beating, and then die. As your Lumis inflict damage, you don’t even have to tap on the screen. Progress is inevitable – tapping on the screen just makes it happen faster. 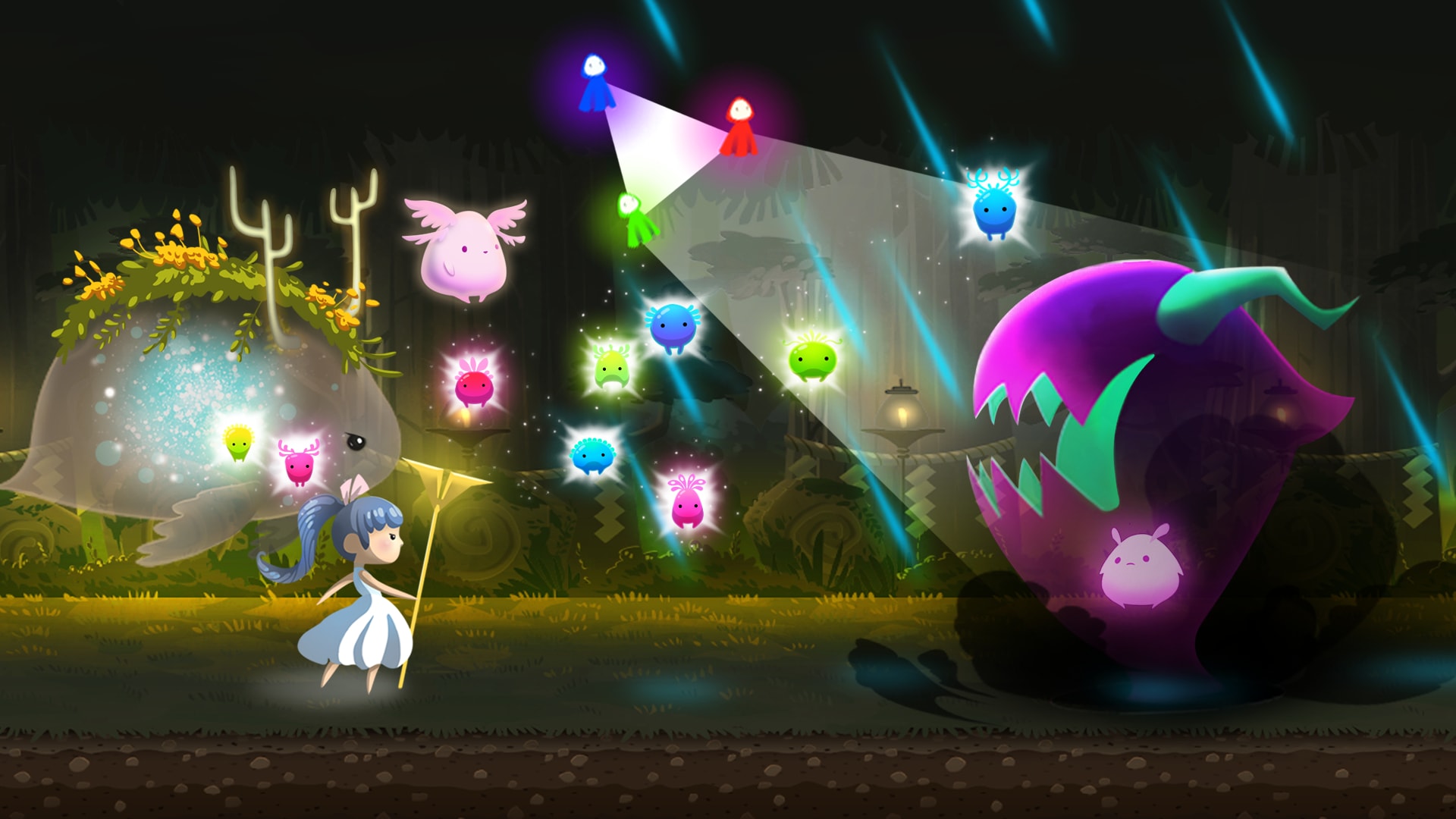 But then again, most mobile APRGs let you finish battles automatically. The clicker mechanic is just a novel approach to a genre that relies much more on the joy of upgrading than it does on action, and it works surprisingly well in this case.

Light a Way definitely falls into the casual timewaster category of mobile games. There’s no challenge, no skill is required, and despite the wealth of options the upgrade system is fairly consequence-free. As long as you keep tapping the upgrade buttons when they turn green and claim your rewards whenever you see a red mark you’ll be fine.

However, there’s nothing wrong with a bit of casual timewasting, and Light a Way is a beautiful and imaginative way to zone out for a while.