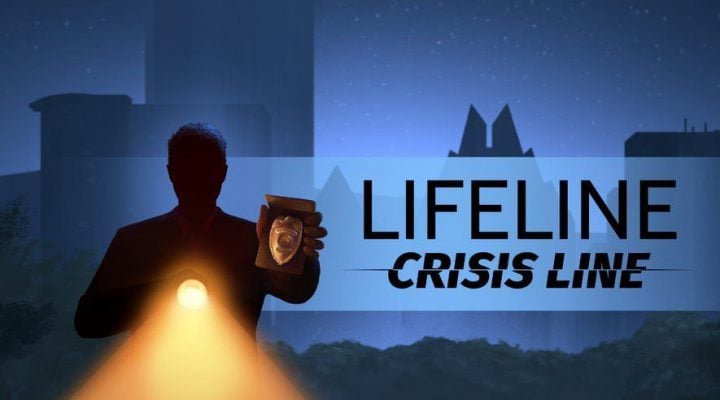 Some questions have obvious right or wrong answer

If you are a fan of The X-Files or procedural police dramas with a sci-fi twist, then Lifeline: Crisis Line should be your next download. You don’t need to have played any of the previous Lifeline games to enjoy this next installment, though you may catch some references if you have played others. In fact, part of the magic of any Lifeline game is the connection you make with the main character, so if you love to play detective, this one’s for you.

As with previous chapters, your actual phone serves as the connection between you and a character in need of your support and advice. In this case, you work for “HelpText,” a chatline app for people in crisis. Your first day on the job you are paired with a police detective named Alex Esposito. In the middle of investigating a homicide, Alex has found himself immersed in otherworldy events which have caused him to question his grasp on reality. He’s afraid he would lose his job (or worse) if he discussed anything with other police officers. Instead, he has used the help line to talk through his situation with an impartial stranger — who ends up being you. 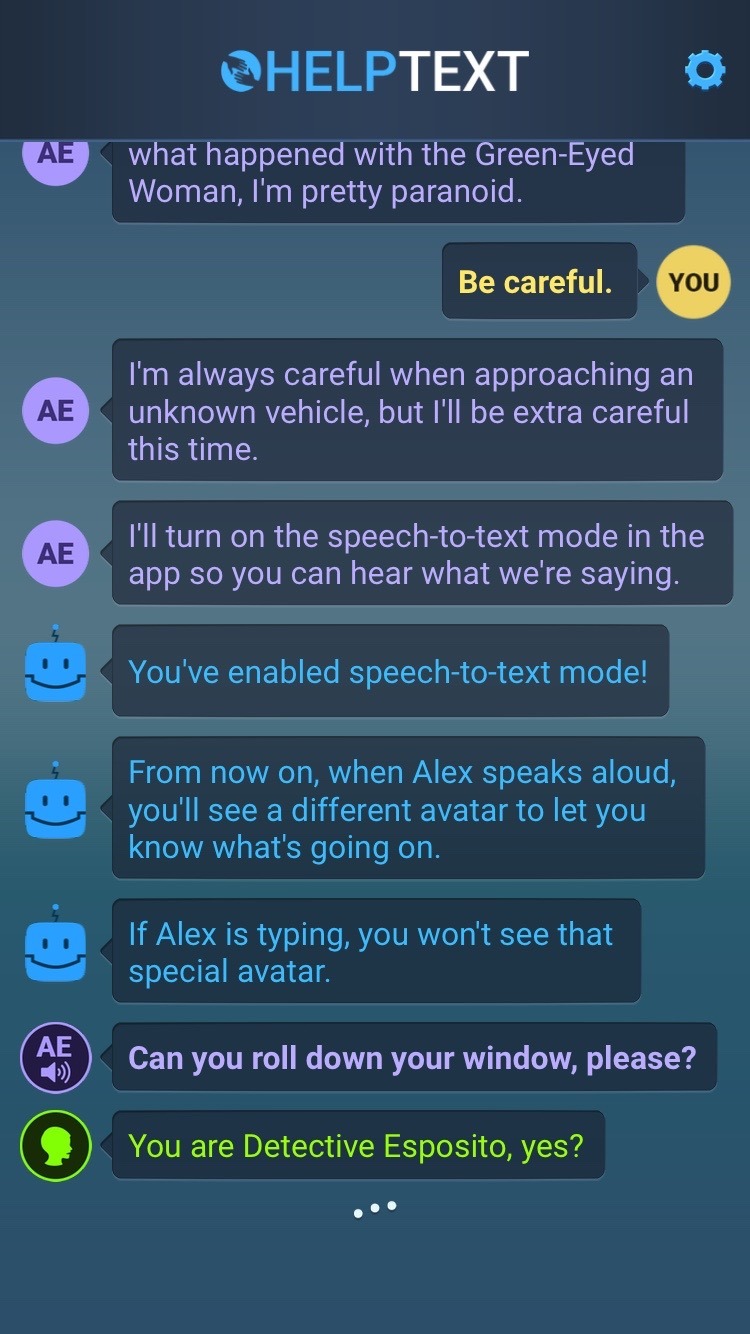 Alex is investigating the murder of a lawyer who ended up dead in his own swimming pool, as well as a series of unusual events that have placed Alex in the middle of something magical, alien or otherwise unexplainable for the time being. Involved in all of this are some ick-inducing lawyers, a possibly evil corporation, a slimy green monster and a woman with unforgettable eyes.

Ironically, great moments of immersion happen when your interactions extend outside of the app itself. For example, Alex asks you to look up the distance between two places or, later, to find out if a prescription medication is addictive or not. These moments truly make you feel involved and important; as such, the game would benefit from a lot more opportunities to be helpful to Alex in this capacity. 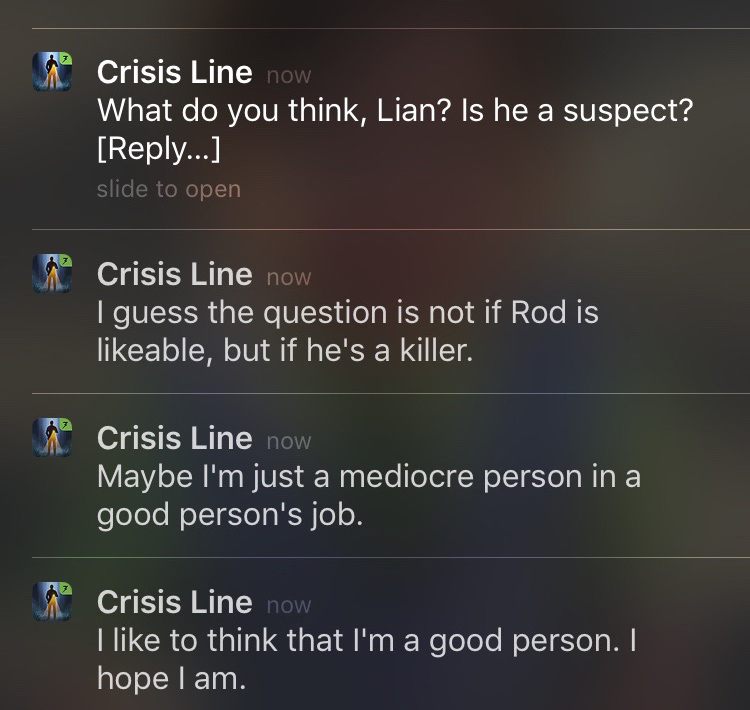 Much of Lifeline’s successful structure relies on a feeling of “choosing your own adventure,” however many of the options feel like a question for the sake of a question rather than a meaningful plot-influencing choice. For example, when interrogating a potential suspect, Alex will ask you if you should keep questioning them or end the session; it’s clear you should keep questioning them to learn more. In other choices, it’s obvious that either option you choose will bring you to the same place anyway. Many of the decision trees do end up feeling less than impactful because of this.

One odd series of events I encountered was after Alex found an important object which was referenced several times as extremely significant for the plot; however it seemed that Alex had forgotten completely that he had the object in his possession. When I was asked what to do regarding the revelations around this clue, I was given no opportunity to remind him of it. This was notably frustrating.

Finding the balance between telling a specific story and letting your users decide the fate of your main character means giving up some authority over the narrative arc. There are several points throughout the game where a decision you make will inevitably lead to the end of Alex’s experience and your connection with him. I would have loved to see more of these, to really feel the stakes raise around my decision-making. Ultimately, Lifeline: Crisis Line will satisfy fans of the gamebook or text-based adventure genre. However, as 3 Minute Games continues to develop more of these, putting more power into the hands of players by creating more opportunities to make truly meaningful decisions will only improve the experience.