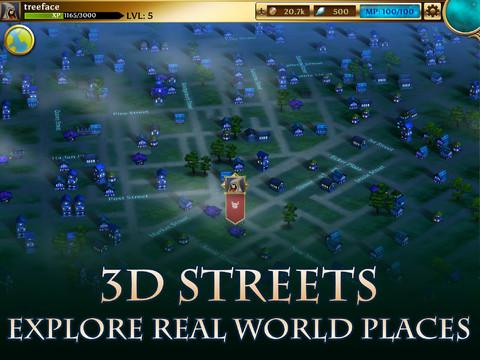 There’s magic in your neighborhood. Plus orcs and elves and demons and wizards. You probably didn’t notice it with just your eyes, which is where Life is Magic enters the scene. The free-to-play, location-based dungeon crawler turns the earth into a fantasy battleground, allowing you to cooperate with and compete against your real world neighbors for resources. It’d be a shame if their power suddenly went out, wouldn’t it?

When you first fire up Life is Magic it asks for access to your location. You can decline and start in a random kingdom if you like, but part of what makes the experience interesting is battling on your home turf. Allow it and you’ll see your character plopped into a fantasy realm with geography frighteningly similar to the stuff outside your window. Same terrain, same city names, same rivers, only here there are treasures and dungeons to explore. Suddenly that boring town you drove through during a long weekend is worth something!

Three player characters give you a good starting point for your virtual self, choosing between a Machinist, a Mage, and a Monk. Each one is aligned with different elements, such as the machinist and his affinity for electricity, which in turn affects your strategy in the game. Battles feature some gorgeous artwork and pit you against a series of foes in turn-based combat. Tap the icons on the left side of the screen to choose your move, wait for the enemy to respond, assess the situation and repeat until victorious!

Most of your time in Life is Magic will be spent digging into dungeons, defeating enemies, and sorting through the loot you gather. There’s a very nice risk/rewards system in play when out on an adventure. After completing a battle you’re given the option to spend a few crystals and continue to a lower floor with the promise of greater treasure and tougher enemies. If you die, though, you lose your haul, so each time you win you must decide if the risk is worth taking. Basically, it’s Who Wants to Be a Millionaire? with harpies and swords.

Life is Magic is free to play, meaning it’s a free download with several options to spend real world money via in-app purchases. There are two main currencies to keep track of: gold and crystals. Gold lets you buy equipment, items, and weapons and is pretty easy to come across while slaying foes. Crystals, on the other hand, are far more precious. Not only do they limit how many dungeons you can crawl through in a given day, but they also serve as currency for buying new spells and other precious items. They’re not nearly as easy to hold onto, and they’re much more expensive to purchase in the shop, so if you’re going to hoard anything, make it these little blue fellas!

Life is Magic is a gorgeous game with some extremely high production values. It falls into the tempting trap that is the freemium model, unfortunately, and it can’t seem to balance automatic recharges and purchases to be fair to both players and the development studio. It seems like everything is for sale, and you’re almost required to purchase in order to continue having fun. Patience isn’t as much of a reward as it should be. 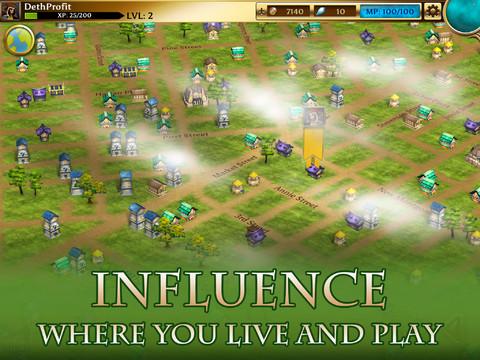 Despite tripping on its own IAP system, Life is Magic is a surprisingly captivating game. Great in small, frequent doses, it’s the perfect pick-up-and-play title when you want a little RPG action without all the fuss.