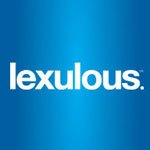 Lexulous may not be a name that is on the tip of your tongue, but say Scrabulous to any old school Facebook fan and you'll see their eyes light up with excitement. After a long and drawn out legal battle with Hasbro, Facebook's first Scrabble simulation has returned with a new name and a few new twists. But with a name-brand Scrabble game on Facebook now too, does Lexulous have what it takes to stand up to the big boys of word-building?

When you break the game down to fundamentals, Lexulous is a crossword game that's indistinguishable from Scrabble. Sure a few differences have been introduced to keep the lawyers at bay, like different point values on letter tiles and a diamond-shaped bonus layout instead of an X-shaped one, but at the end of the day all you'll need to know to get through a game of Lexulous is how to sit down and play a game of Scrabble. Heck – that's why it was called Scrabulous in the first place.

What Lexulous lacks in big production values and flashy visuals, it makes up for in ease of gameplay and accessibility. From the main screen, you can initiate as many games as you like with as many friends as you like, including up to 4 people in a single game. Once you take yout turn, the other players will be notified. If both you and your opponents are bored and killing time on a Wednesday afternoon, you'll be able to play in almost real time. If you're looking to play a turn a day you can always treat it like the classic snail mail version of chess. The quick play nature and ability to walk away from the game for as long as you like make this a perfect pick-up-and-put-down experience. It's a great fit for a social game on the web, as it can sometimes be difficult to get all of your friends together at once.

Lexulous also offers up a small but excellent features set that no good Scrabble player should be without. You'll be able to track the history of the game via a graph that will show both the evolution of the players score and the words which were responsible for those points. You can play in traditional word-checked mode or “challenge” mode, which allows you to argue about which words are actually words and which aren't. Your Win/Loss record is tracked, as well as your rank. There's even a place for you to jot down notes – an excellent feature for helping to remember what move you were planning on making during those lengthy, week-long games.

As good as Lexulous is, it's almost impossible to review without taking a look at what the official Scrabble app has to offer. Despite Hasbro's attempts to purchase Lexulous prior to their apps releases, the official Scrabble app plays suprisingly differently from Lexulous. Unlike Lexulous, the game goes to great lengths to make sure it has a big visual oomph. As well, it lets you play with your friends who are wordbusting on the iPhone version of Scrabble. A nice touch to be sure, but at the end of the day it's hard to not love the simplicity and stat tracking that Lexulous has to offer.

It may not be an original game by any stretch, but Lexulous offers up a simple and addictive Scrabble experience that you can share with any of your friends on Facebook. It was one of the first apps introduced on Facebook back in 2007, and while it's gone through a few tweaks and name changes, Lexulous is still the easiest and best way to get a word game going with your friends.