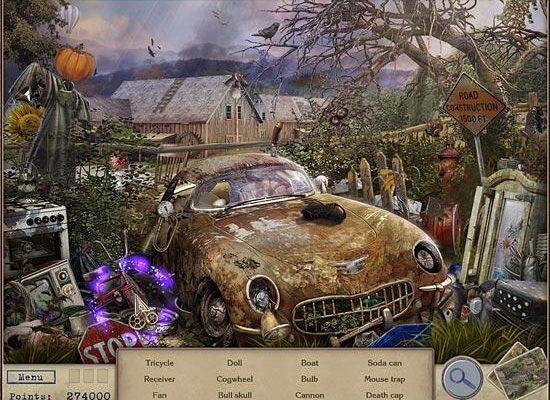 The story begins with Audrey. She’s your average woman, with absolutely nothing extraordinary about her until one night, her husband fails to return home. Worried about his sudden and mysterious disappearance, she immediately races to the police, who unfortunately are less than helpful. Unsure of what to do, she receives a mysterious letter. However, whether or not it’s from her missing husband isn’t entirely clear at first… 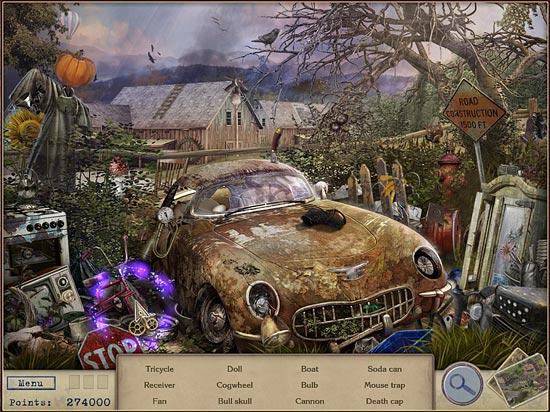 Letters from Nowhere‘s gameplay will appear very familiar to many hidden object fans, but not in a bad way. The majority of the game is spent sifting through various hidden object scenes, trying to find key items and hints as to the disappearance of Audrey’s husband and who exactly is writing her letters (and how they find their way to her, for that matter). Cushioned with the occasional puzzle, enveloped with a story eager not to give any unnecessary detail away, and wrapped with pleasant environments and calming music, Letters from Nowhere is really the complete package.

One of the best features of Letters from Nowhere are the unlockable bonuses. For every Episode (chapter) you play, you will earn points and have the option to unlock bonuses that will help you find objects in a different way. Purchasing a bonus will apply it to every available area of a current Episode, so you’re sure to get your purchase’s worth. For example, instead of looking through a written list of objects to find, you can purchase a “thermometer.” Finding the thermometer within a hidden object scene will activate it, and in the case of this specific bonus, give your cursor temporary “hot and cold” abilities, showing you when you’re close to an item yet to be found and when you’re far away. Not only are these bonuses an excellent proxy for the hint button, but they also allow a very fun variation of normal gameplay, without introducing unnecessarily complex new concepts.

Furthermore, the game features an unlockable Unlimited Mode. Such a mode works particularly well for this title, given the fact that hidden objects seem to possess that golden difficulty rating: they’re not too easy to find, and they’re not too difficult. The fine balance of boring, fun, and frustrating has settled neatly on just plain fun. Objects will repeat from time to time, and you will be replaying hidden object areas, however given the pleasant nature of the environments, the fact that objects are most often randomized, and that each specific area within an Episode has a unique “interactive item,” the gameplay never really sinks into a repetitive state. And of course, things are kept fresh when there’s three stamps hidden within each hidden object scene. The game tops it all off by introducing a Trophy Room positively full of unique challenges to try and conquer. 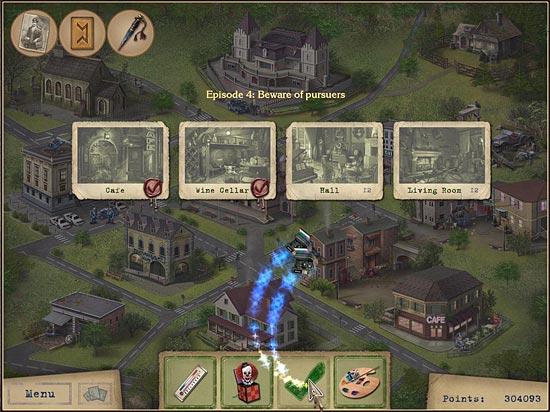 Letters from Nowhere‘s story is rather vague, which can be both a good and a bad thing. Since the game is far from obvious as to what exactly is going on, or what exactly the intriguing artworks at the start of each episode mean, it keeps you interested. Once you start to actually understand what’s actually going on, the game ends. While this is a golden teaser for some, it will leave others frustrated and feeling that the game was too short.

The gameplay for Letters from Nowhere is very solid, however it does come across as slightly lacking in some minor respects. Pure hidden object gameplay is all the game really has to offer; there are very few puzzles or variations to be had between the hidden object scenes. Scenes will be replayed and objects will reoccur during the course of the game. However, these minor details are quite forgivable. Despite these limited setbacks, the only real disappointment that comes across was that the game wasn’t longer.

Yet, the nature of Letters from Nowhere is very promising. It’s not often you get a classic hidden object game that’s simple but still interesting. Given these elements, it’s easy to say Letters from Nowhere will certainly acquire fans, and we’ll very much look forward to the sequel.