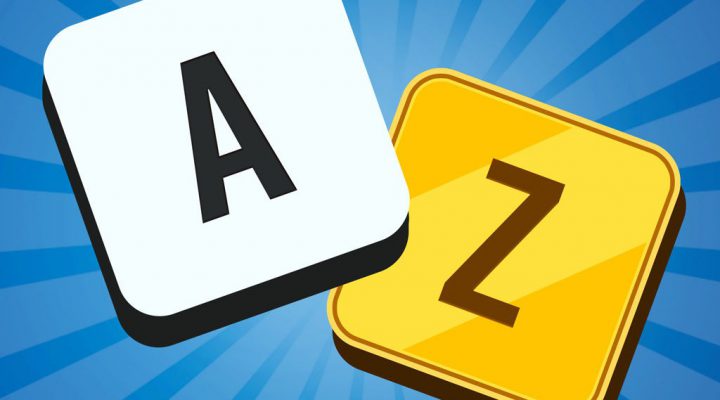 Chance to become a pirate!

Use letters anywhere on the board - no touching required.

Some ads can cause the app to crash between matches.

For those who enjoy playing multiplayer word games, the waiting is often the hardest part. Depending on the game, you could be waiting anywhere between five minutes and five days for your opponent to take their turn. Sure you and Lucy from the office might have been friends when you started that Words with Friends game two days ago, but now she’s avoiding you in the coffee room until she can figure out what to do with a rack of ‘U’s.

Thankfully, for those who like their gameplay not just fast, but superfast, Letter Club will be the perfect fit. All matches in Letter Club, which doesn’t currently feature a singleplayer mode, last one minute max. Players are given 60 seconds to obliterate their opponent’s health by throwing out the highest scoring words they can come up with (think a cute combination of Scrabble and Street Fighter). However, most games can be expected to end faster than that (between 20 and 45 seconds). This might seem too short, but with the ability to make use of any letters on the game board in any order, it’s plenty of time to get creative. 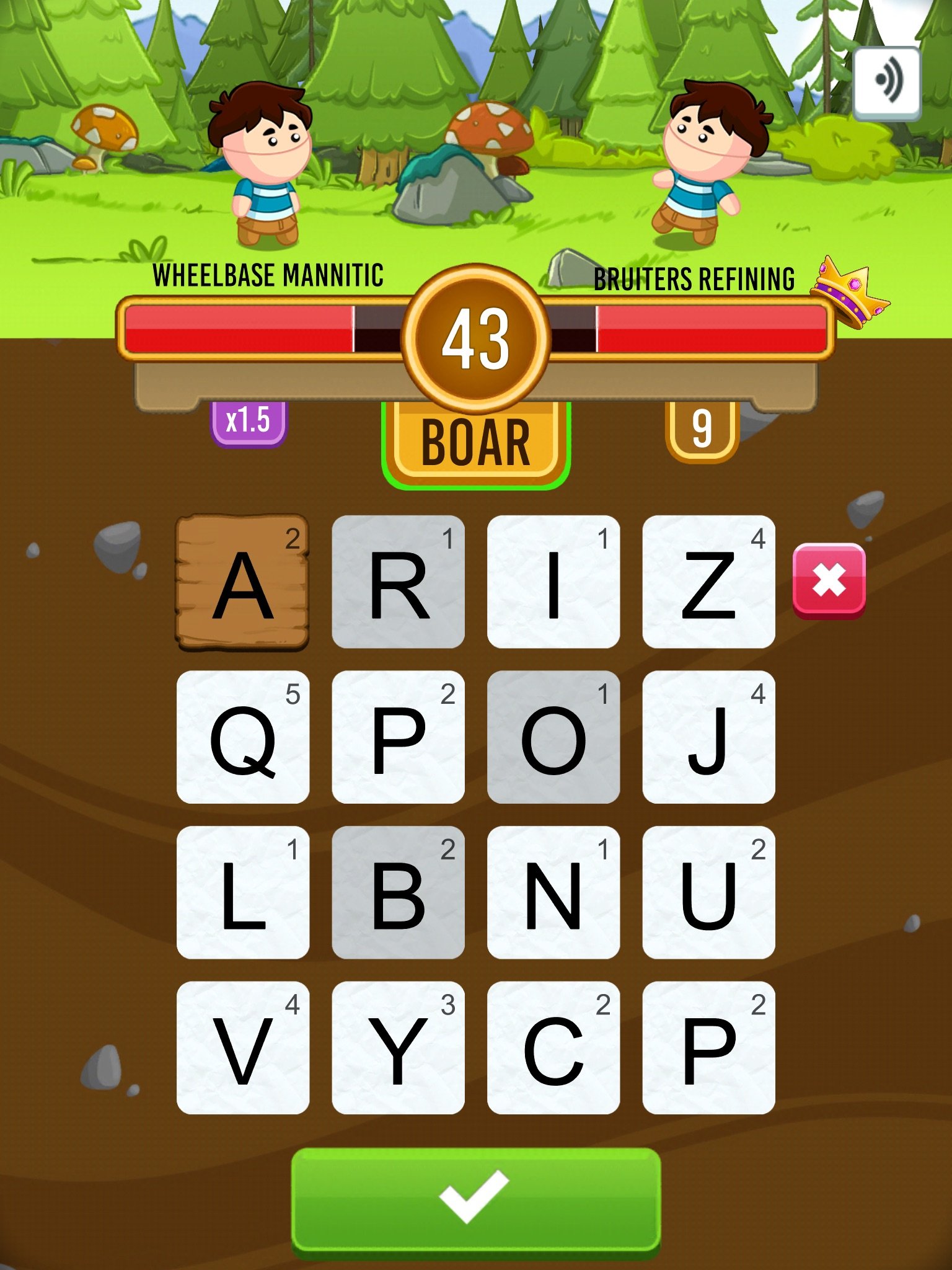 As players win matches, they earn gold and crowns. Earn enough gold and you can upgrade your avatar, great for all those who feel best represented by a jovial pirate. Reach 10 wins and unlock a chest that will give you points towards upgrading letters. These letter upgrades are useful in that they increase the value of every word that you make using that letter. For example if you upgrade the letter A, you can increase its value from one point to two.

While this doesn’t make a huge difference when it comes to simple words (generally three or four letters), it really adds up when you start dishing out more complicated words that give a multiplier. Upgraded letters are in brown (compared with the regular white tiles).

Quite crucially, letters can be upgraded more than once. Thus the A that was once worth a 1 can come to be worth 4 after three upgrades. This is how players can play with ‘the most powerful letters’ promised in the marketing materials.

Of course, with this being a free-to-play game, it’s possible to skip the queue and purchase gems with real-world currency in order to buy chests needed for letter upgrades as well as the coins used to unlock avatars. With the game being a new release, the ability to buy your way to stronger letters doesn’t yet seem to make it impossible to win unless you splash the cash, but it could become an issue further down the line as avid players rack up wins and purchase chests. 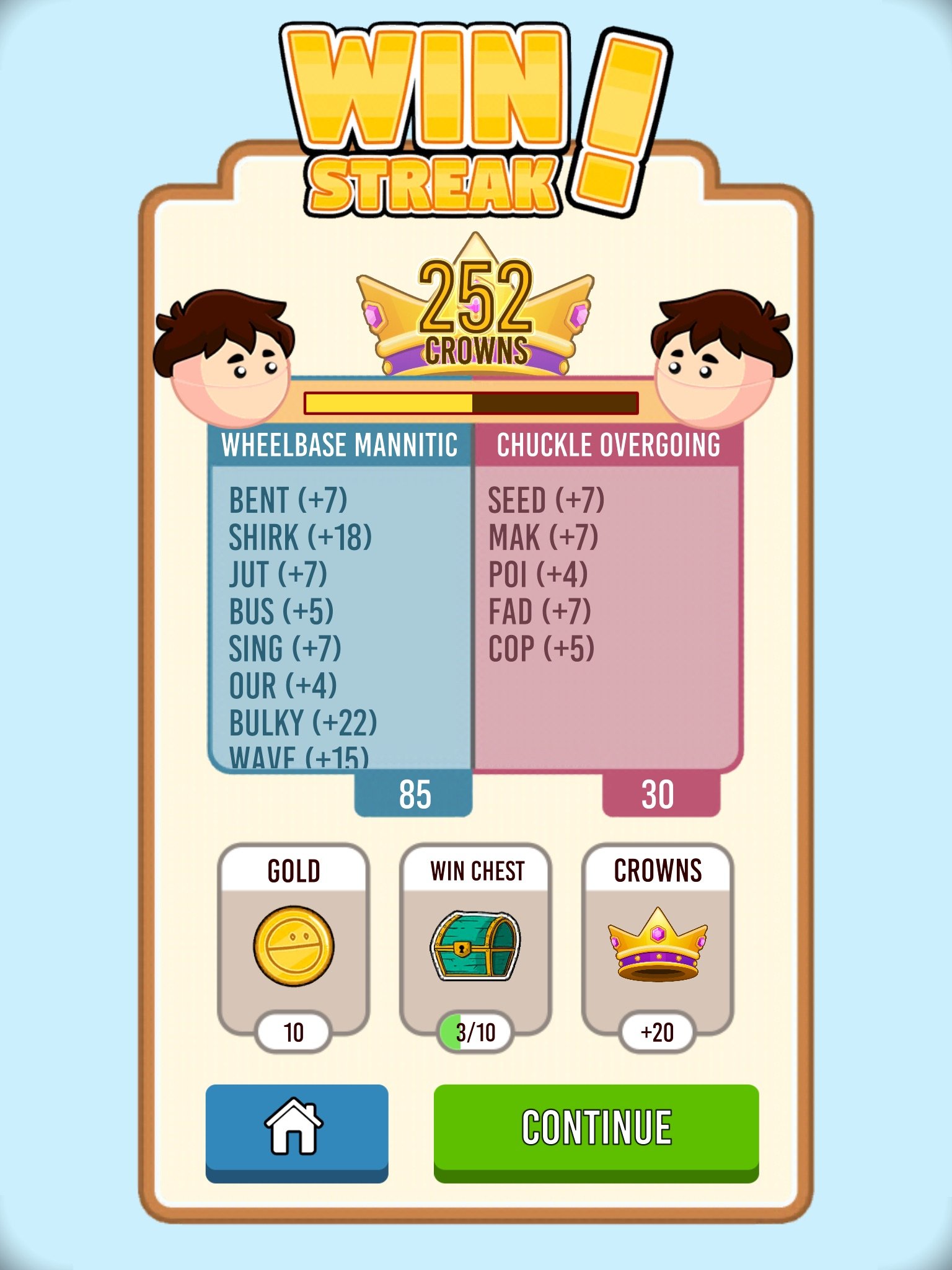 If there’s any criticism to be leveled at the ad-supported model used by Letter Club it’s that on a number of occasions the ads caused the app to crash or were difficult to dismiss. But with this being a growing problem for ad-supported games more generally, it isn’t anything that should deter prospective players.

Of slightly greater concern is the length of time it can take to find a match, especially well into the North American night. As more people jump on board, the wait time is likely to become a non-issue, but for master wordsmiths finding challenging opponents might get tricky.

While Letter Club may not represent a revolution in an increasingly crowded word games market, it is a solid, satisfying game that provides immediate gratification from competitive gamers, and proves an efficient use of their gaming time.