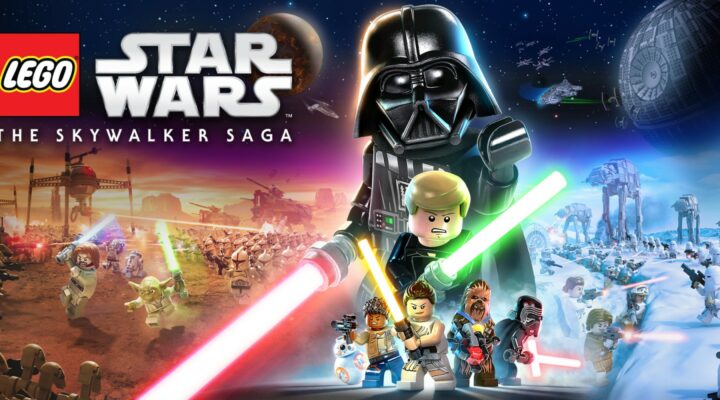 Great in co-op and solo

Some sections may be too complex for younger players

Many years ago Star Wars tie-ins struggled to capture the essence of just one film from the franchise – let alone a saga of nine.

So it’s to The Skywalker Saga’s credit that it manages to not only be a superb blocky retelling of a wildly varied (in terms of both tone and quality) series of films, but a great game in its own right.

The first Lego Star Wars title was released way back in 2005, and created a big splash. Yes, it was a kid friendly take on the franchise – but it was actually good with it. Offering enjoyable combat alongside simple but satisfying puzzling and platforming it was a winner – especially when played cooperatively. There have been many, many, many Lego Star Wars titles since – and other lego film tie-ins as well – but this feels like new pinnacle has been reached for this series of games. Possibly a pinnacle that will be impossible to ever top.

Despite having levels based around films already covered by previous Lego titles this is a completely new game, with every element polished to the nth degree.

Structured around open world hub areas that lead into stages based around events from the nine films, there’s a dizzying amount of things to see and do. The isometric (kind of) viewpoint of the older games has been jettisoned in favour of a camera that gets a lot closer in. It feels more like a traditional third person game, and in co-op the screen is split in two – meaning you do have a lot more freedom in where you go and what you do.

This feeds into the level design itself, which is notably more complex than in previous titles. For one the new view means there’s more onus on you to aim when shooting (and take cover), and the combat has a combo meter that means button mashing won’t always work when getting through enemies.

Platforming remains simple, but the puzzles are far more complex than you’d expect – especially in the side missions where the game offers you no help or tips at all. What is also simple is the storytelling – but it’s in a wonderfully playful way, with events from the film retold in an endlessly endearing slapstick style. It even makes sense if you don’t know the films, which is some achievement – and the hubs you explore also make sense in terms of telling the story.

Clearly a lot of thought has gone into every aspect of the game’s design, no mean feat considering its size.

There are character skill trees, in-game shops with a range of cheats and vehicles to purchase, and surprisingly intricate and open ship sections. Younger gamers might struggle with the latter in fact – which seems unfortunate considering the title’s target audience.

There is occasionally almost too much to do as well, with so many characters to unlock – with many hidden behind a season pass subscription. Some might find it all a bit much. Overall though there’s actually very little to criticise about The Skywalker Saga. It’s a perfectly constructed love letter to a series of films that will appeal to young and old alike. The force is strong in this one.