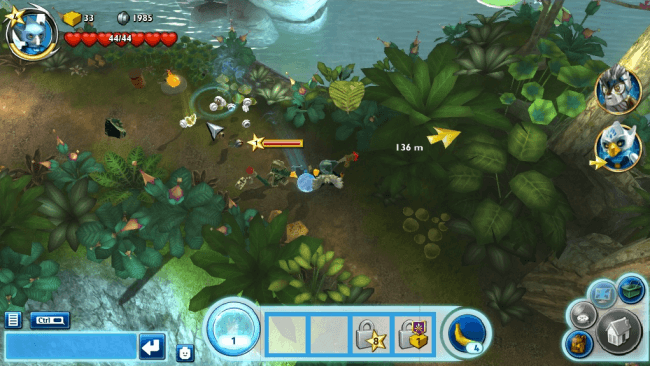 An excellent, if less imaginative take on a LEGO MMO

Before we get into this, let’s first pour out some adult beverages for the late LEGO Universe, a game that was beloved by my kids but apparently didn’t attract enough paying players – including my kids. LEGO: Legends of Chima Online represents a second try at getting the no-brainer concept of a LEGO MMO right, and while it’s not as imaginative as its predecessor, it’s largely successful overall.

In case you aren’t familiar with the Legends of Chima brand, it’s one of the more recent LEGO themes, unveiled earlier this year. The land of Chima features eight tribes of bipedal animals that all got along until a tragic, yet also strangely comical misunderstanding set them against each other. At stake is control of the world’s Chi, which is kind of like the chi from Chinese culture except it can be used to make the animals super powerful. So I guess nothing like our world’s chi.

Anyway, Legends of Chima Online puts you in the paws of one of the animal warriors from one of the “good” tribes: Lion, Gorilla, Bear, or Eagle. The initial character creation screen gives you a selection of heads, bodies, and legs from which to choose, but as LEGO Universe players know, those will get upgraded and swapped out plenty of times as you advance through the game.

The gameplay revolves around two axes, the first of which is pretty standard RPG fare that has you undertaking quests in order to get Chima out from under the claw of the king of the Crocodiles. The game eases you into the action, probably a good thing considering its younger target audience, and the NPCs have voice acted dialogue to make your goals more clear.

Chima characters can wield two melee or ranged weapons, and combat is a fast-paced but simple click-to-attack affair. Things can get a bit hairy in certain areas early on, but it’s easy to group with other players or simply wait until strength in numbers works in your favor.  Weapons and armor (which actually swaps out your LEGO body or legs) drop frequently, as do studs, which aren’t male models but tiny round LEGO bricks. You can also find studs by smashing inanimate objects like you do in the LEGO console titles.

Studs are kind of the currency of the realm for adding buildings to your personal outpost. Though you start with just a tent in a small clearing, the potential is there to construct a multi-building stronghold complete with crafting buildings. Those use blueprints and special LEGO bricks you can find or mine to assemble your own gear. It’s a cool, straightforward system, and it’s always good to have a space to call your own, but it doesn’t seem to have quite the opportunity for self-expression you’d expect from a LEGO game.

Applying some lessons learned from the last go-round, WB Games Montreal made Legends of Chima Online free-to-play, but with several options to pay for more content. The first is a recurring membership, which is offered in several tiers and grants benefits like more inventory slots, exclusive weapons and equipment, and the ability to upgrade buildings to an extra level. If you’d rather just wade in as a paid player, you can purchase Gold Bricks that can be used a la carte to obtain some of the same things members receive. 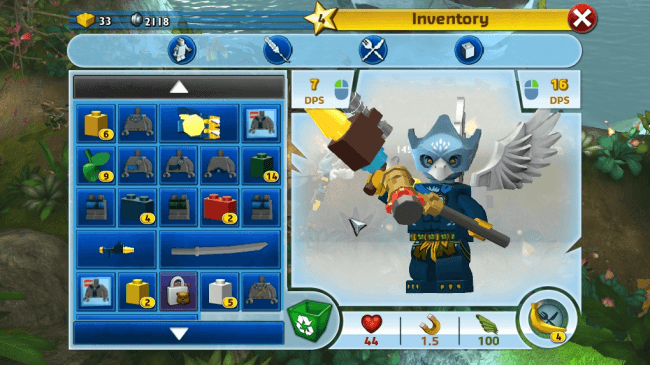 It’s not 100 percent clear what safety features are built into the game, but it appears that a combination of chat with canned phrases and moderated chat are important parts. Parents also have to authorize their kids’ accounts just to begin playing, so there’s no way to not know they’re playing – unless, of course, your kindergartener has his or her own email address already, in which case may I suggest signing up for the Gamezebo newsletter!

Since the game is technically still in beta, there’s a chance that LEGO: Legends of Chima Online will continue to grow to reach some of the untapped potential inherent in the LEGO brand. For now it seems to have swapped some imagination for accessibility when compared to LEGO Universe, but considering it costs nothing to try and runs right in your browser, that’s an acceptable trade-off in my book.