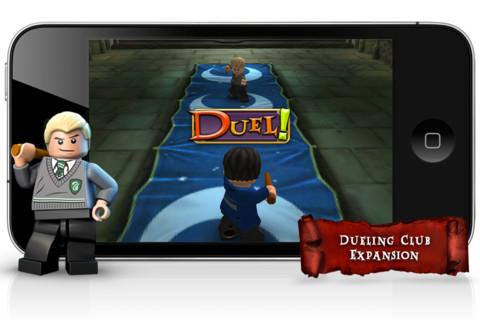 That old black (Harry Potter) magic has us in a spell… sort of.

If by any chance you’re reading this and have missed out on the joy of putting together brightly colored bricks in an effort to build something awesome, then step away from the screen and grab a LEGO set. Like previous entries in the franchise, LEGO Harry Potter: Years 5-7 resonates best with those who’ve revelled in the joys and frustrations of crafting and ruling a universe of coloured blocks… before the days of Minecraft.

Per the standard, LEGO Harry Potter: Years 5-7 offers up recreated scenes from now-classic media in a slightly blocky, and more-than-slightly whimsical fashion. With the Harry Potter movie series now wrapped up, Traveller’s Tales Games and Warner Bros. latest will bring die-hard fans one step closer to a purposeless life, as they tie the bow on the series’ LEGO counterpart.

With such a solid foundation to… build on (please forgive me), one of I was a little disappointed in some of Year 5-7‘s design choices. Namely, the unconventional but clever swipe controls of the original have themselves been swiped them away in favor of a floating D-pad and on-screen buttons. While these controls are a little more standard in the world of mobile, they also take away some of the magic that felt woven throughout LEGO Harry Potter: Years 1-4. After all, what could make you feel more like a wizard than swinging and swiping across the screen to cast spells?

Even for those with no allegiance to the old way of things, the movement scheme in Years 5-7 feel stale, and ultimately unpolished. Without any revolutionary tweaks, a standard on-screen controller set-up makes moving, jumping, combos, spell casting, and general adventuring clunky. At the most basic level they’re certainly functional, but a jump or series of moves should be a challenge because of clever gameplay decisions, not frustrating peccadilloes. While not game breaking by any right, younger kids (and those with less patience) should take note.

Never fear, though: TT and Warner Bros. pull through to deliver a lot of the same charm that pervades all the LEGO titles. Of particular note, the duelling system’s simple and clever design makes it tense and addictive from the get-go. You can even purchase a mode that allows you to duel against plenty of bonus characters from the Harry Potter universe, which is a nice time killer. Even here, though, it’d add so much longevity if the mode functioned online; once again there is no multiplayer in this title. It’s a shame, really, that LEGO Harry Potter: Years 5-7 misses out on the opportunity to provide some great iOS-to-iOS gameplay.

One of the biggest things that LEGO Harry Potter: Years 5-7 has going for it is the sheer production value of the title. As with the top-notchYears 1-4, it essentially has the full console experience built into a portable title. The game tells the Harry Potter story in some really enjoyable video cutscenes that bring plot and humor together seamlessly. Unfortunately, they don’t look great on the iPad. They’re by no means poor, but some blocky textures – this time, sans the pun – leave that graphical bliss just out of reach.

The sound on this title is solid and the soundtrack is really well crafted. Plus, if you don’t feel like listening to the darker mood-setting orchestration, you can plug in your own music to play over the game while still being able to hear the sound effects built into the game. This is a feature that should be encouraged on every iOS game, and I can’t stress enough how great it is to see it here. 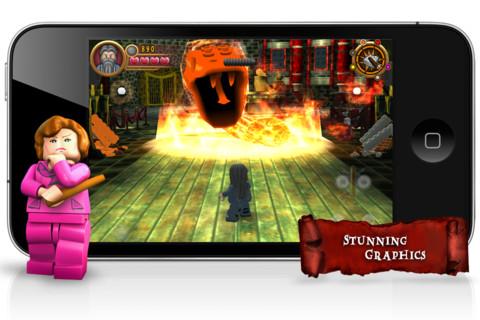 It’s hard to fault TT or Warner Bros. too much for the somewhat uneven port onto iOS. LEGO Harry Potter: Years 5-7 is available for $20 on major consoles and portables. So when it drops for $4.99 on mobile, you’d be nuts to demand a pitch-perfect transfer. The essence of the game – and most importantly the mythos of Harry Potter – is still there in your hands. So while it may wobble a little, you can count this among another LEGO experience built just as high as the world it’s mirroring.

[While available on multiple platforms, our review was constructed using the iOS version]