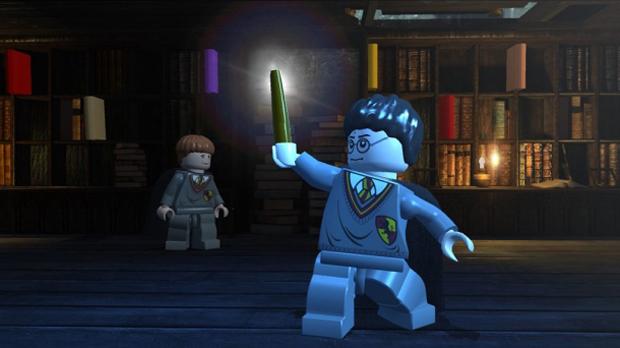 LEGO Harry Potter: Years 1-4 is so big, detailed, and perfect, it’s hard to believe it’s running on an iPhone

Just in time for the release of the final film installment of the Harry Potter series, the boy wizard gets the LEGO treatment in LEGO Harry Potter: Years 1-4. The game pays homage to the films and books in ways you might not expect, and on a platform that will make you wonder if this is indeed an iPhone game.

If you’ve played any of the LEGO titles before (such as Star Wars, Batman or Indiana Jones) then you’ll feel right at home with the gameplay here. LEGO Harry Potter: Years 1-4 is a literal retelling of the first four books/films, from The Sorcerer’s Stone to Goblet of Fire. Prior knowledge of the books or films is a big plus, but even if you’ve never delved into the world of Hogwart’s, you’ll be following along quickly enough.

Each level in LEGO Harry Potter: Years 1-4 tells a part of the story, from the train ride to Quidditch games to the Basilisk battle and beyond. There are over 40 levels here, and you simply can’t see everything each level has to offer on your first play through. Each stage has extra things to see and do, but these extras can only be accessed by using different characters that you unlock as you play. Certain characters have special abilities to lift things, crawl into spaces or cast various spells. After you play the level in Story mode, you unlock “Free” mode, where basically anything goes. Bring anyone to any level, and try to find all the hidden goodies – of which there is a ridiculous amount.

During the levels you’ll be collecting LEGO studs which act as the game’s currency for purchasing neat stuff in between levels, as well as achieving True Wizard status which unlocks even more stuff.

LEGO Harry Potter: Years 1-4 starts you out in a lobby of sorts, a room in Hogwart’s where you can access the four stories (the later stories are unlocked once you complete the earlier ones) , the shop where you can buy characters, cheats, items and lots more, a character customization area, and more. “More” seems to be the operative word here. There are over 100 characters to unlock (though some of them are the same person in different outfits), statues to build, and… well, more.

So how does it play? Fantastically. Movement is as simple as touching the screen where you want to go. Either tap to set up a marker for your character to go to, or simply hold and you’ll keep running. Combat is easy, with different swipes for spells and other attacks. Gameplay is never frustrating, because you can’t really “die.” Should you lose all your health, your character falls apart into LEGO pieces, loses some of the studs you collected, and is respawned.

Within each level are several sub-missions, from helping people to finding items to defeating certain enemies. It’s all easy to spot with a map you can expand in the right corner. Finally, there are even hidden areas that an animal companion will help you find via an icon that will pop up should you be close by. 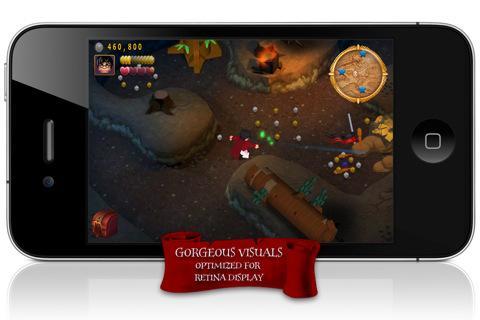 At different points during play mini-games will pop up, tasking players to memorize patterns or trace the path of an object. It’s a nice way to add variety to the gameplay, and really makes great use of the touchscreen. In fact, LEGO Harry Potter: Years 1-4 is an excellent example of how to make a full-fledged game without an onscreen control pad or buttons.

All of this amazing content is wrapped in some of the most awe-inspiring iPhone visuals and sounds to date. The pre-rendered cutscenes are beautiful and funny, while the in-game graphics are as good as anything the PlayStation 2 ever put out. The haunting strains of the Harry Potter theme abound, with lots of digitized music from the soundtrack. The sound effects sizzle and the graphical effects pop. It’s amazing how far we’ve come on mobile games since the days of Snake.

However, there is one large issue that prevents LEGO Harry Potter: Years 1-4 from being 100% flawless. The levels are long – which in itself isn’t a bad thing – but the iPhone being what it is, it’s designed to have games played for either short bursts of time or designed to deal with various interruptions and notifications. LEGO Harry Potter: Years 1-4 has no mid-level quick save. You have to hope that the iPhone’s multitasking kicks in, or you’ll lose all the progress on your level. As this writer was finishing up this review, his two estimable Gamezebo editors continuously responded to a status update on Facebook, unleashing an iPhone pop-up each time. As a result, though reading Erin Bell and Jim Squires’ interesting perspectives is always a treat, it meant that I was booted from the game, losing everything I had done. It’s not a game-breaking flaw, but it’s definitely an annoyance.

Overall, though, LEGO Harry Potter: Years 1-4 is simply one of the best games to date on the iPhone. There are hours upon hours of gameplay here. And every hour is going to be fun, challenging and absolutely wonderful – just be sure to switch your iPhone to airplane mode first so you don’t lose any progress.