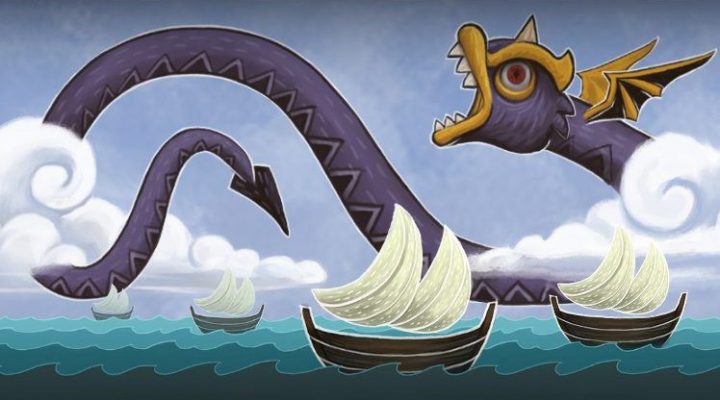 Feels like there should be more exploration during levels

Legend of the Skyfish is probably the most upbeat Cthulhu-esque adventure I’ve ever experienced. Seriously, am I the only one who thinks the story has a Lovecraftian elder god feel to it? No? Not even with the greedy fishing village awakening something from the deep, which then proceeded to summon aquatic minions and turn the people into servile mutants?

Guess it’s just me then. 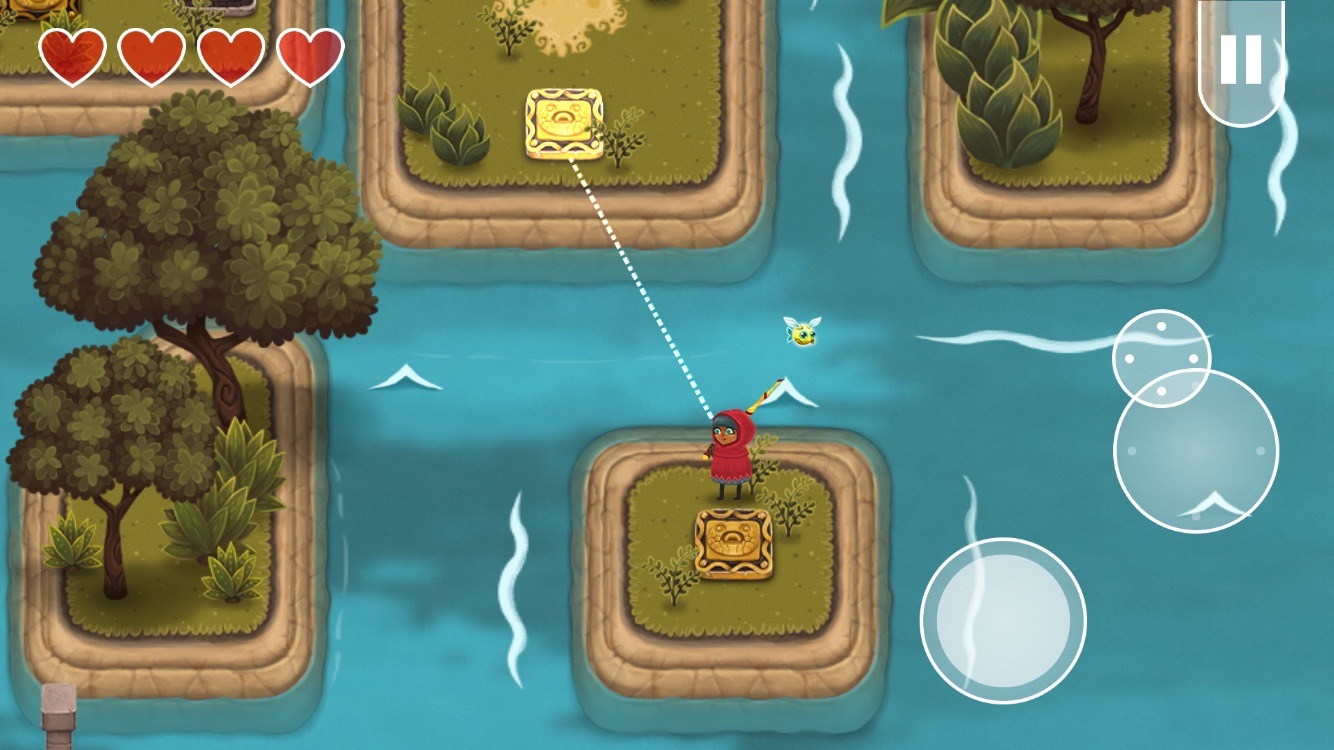 Legend of the Skyfish is all about a nasty flying sea serpent that has taken over the land and oppressed its people. Amidst the chaos, a young woman named Little Red Hook is separated from her brother and cast into the ocean – only to be saved by some sort of whale spirit or something. It’s actually a pretty interesting (read: hasn’t been done to death yet) premise, minus the Red Riding Hood reference that doesn’t really make sense.

I’m not sure if it’s the story, the pretty storyboard illustrations, or the fact that you get ferried around on a whale, but something about Legend of the Skyfish makes it feel like a grand adventure. It’s not, really, but it feels like one. Like some sort of bite-sized globetrotting adventure with the fate of the world hanging in the balance. 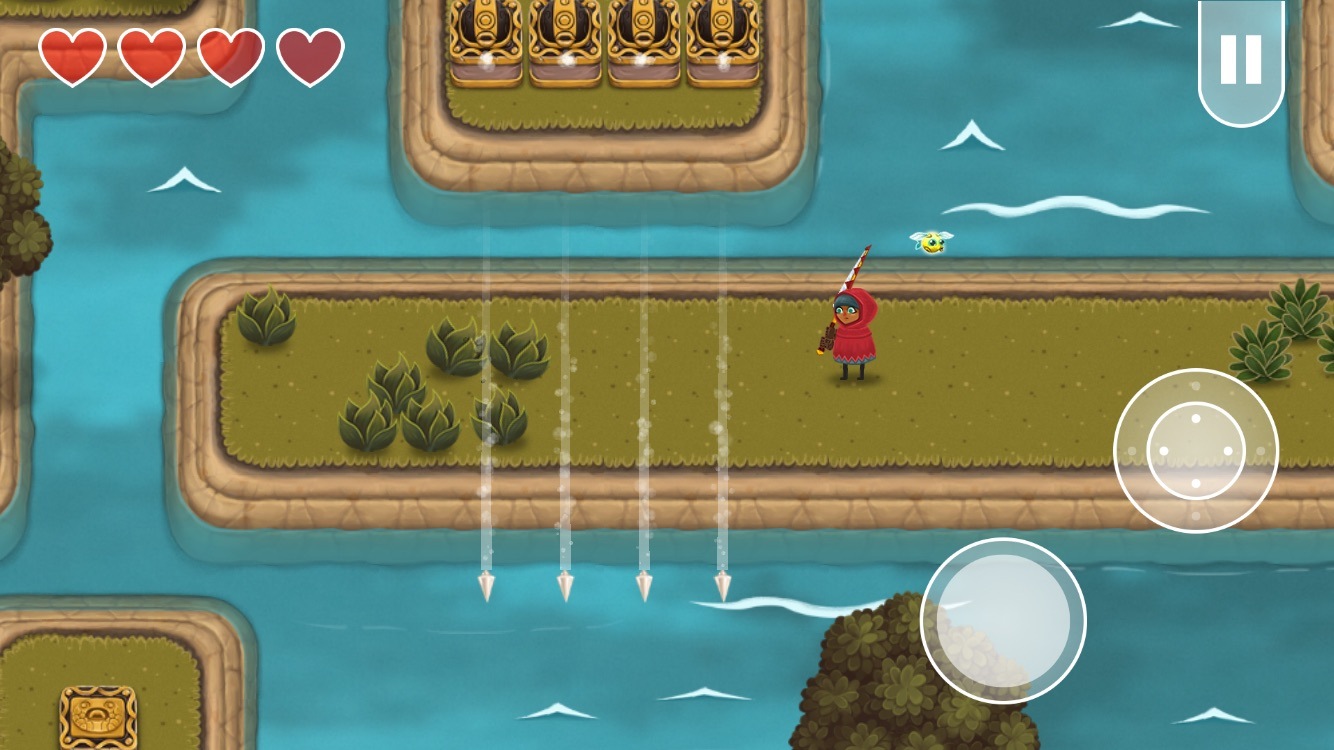 Unfortunately, the levels are all about following a set path with little to no need (or ability) to explore. There are occasions where you can take a slightly different – but not really hidden – path to find some health or even a new piece of equipment, but these are very rare and tiny diversions. This lessens that grandiose sense of grandiosity somewhat.

The cleverest part of Legend of the Skyfish, however, has got to be Little Red Hook’s fishing rod. It pulls double duty as both a weapon and a sort of grappling hook — necessary for fighting off enemies, solving puzzles, and general getting around. Sure it’s a bit silly, but it works and fits with the theme kind of perfectly. 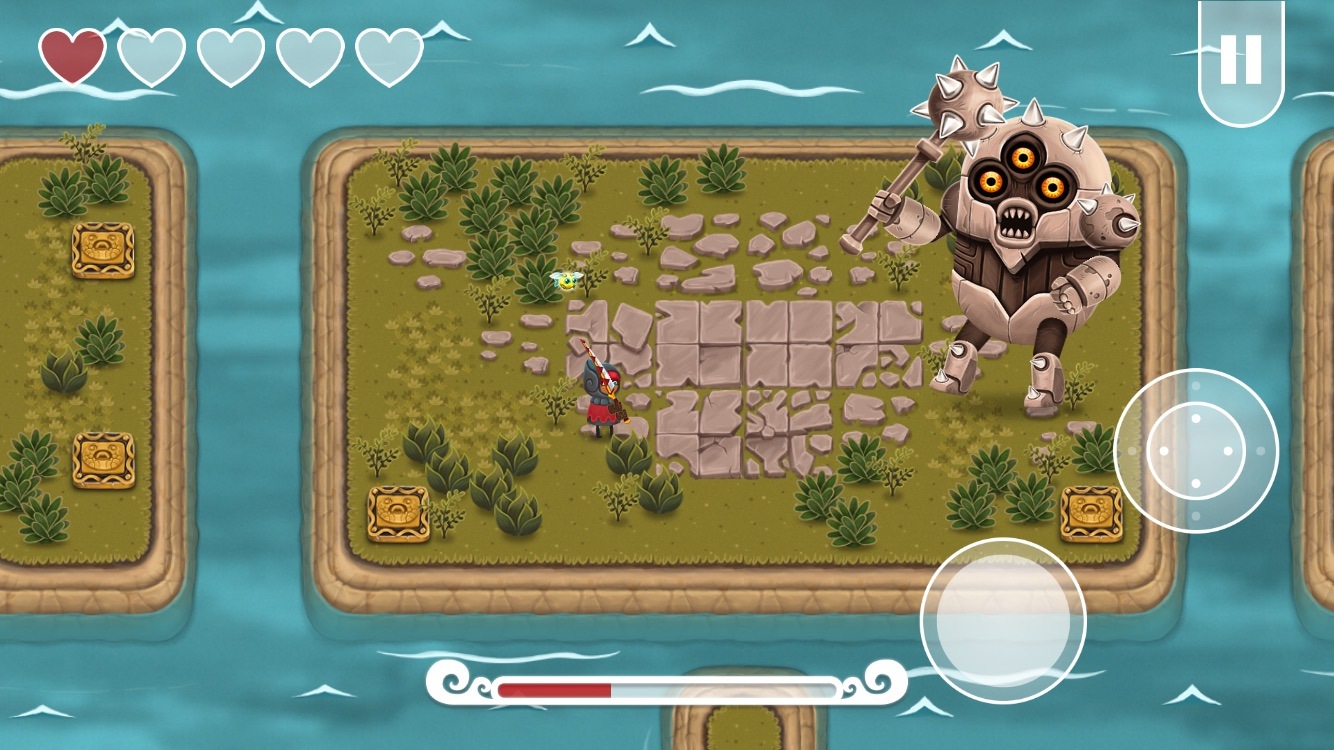 Once things start to get hairy it loses a little bit of that quaint charm, however. Missing a throw and having to wait a second for the lure to return is only mildly bothersome when getting around, but it becomes much more pronounced when you’re trying to snag moving platforms or whack a bunch of aggressive enemies. You can move while aiming your line, thankfully, but I really wish there was a way to cancel a throw if it misses. At least there’s a lure that you can find early on that speeds up the throw, I guess.

General combat is somewhat “meh,” too. There’s a tiny bit of possible strategy when you factor in things like pulling enemies closer (and stunning them) with the line, and using hazards like spikes and dart-shooting statues to your advantage, but it just doesn’t feel right. It’s like the regular attack is just a little too slow, or enemies move and react a little too fast. I wasn’t expecting Devil May Cry or Ninja Gaiden levels of combat, of course, but I do think it could benefit from a little more tweaking.

Legend of the Skyfish might be a little awkward in a few areas, but it doesn’t ruin the experience so much as disappoint me a little when I think about what could’ve been. It’s a tiny big adventure that should have felt better, but is still worth taking.