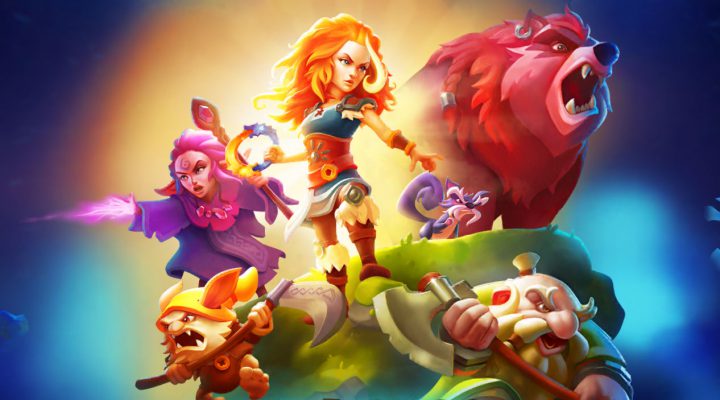 Takes match-3 and uses it in a new and interesting way.

Layers of depth are presented gradually so they don't overwhelm.

Unique setting brought to life with plenty of style.

Some standard F2P annoyances, including gacha elements and an energy system.

With good cause, people have come to expect certain things from new King games. Cute graphics, the word ‘Saga’ in the title and match-3 or some other simple puzzle mechanics are foremost among them. Save for the Saga part, Legend of Solgard lives up to any preconceived notions one might have, but what makes it both interesting and fun is how it breaks free from those expectations and sets off in directions of its own. 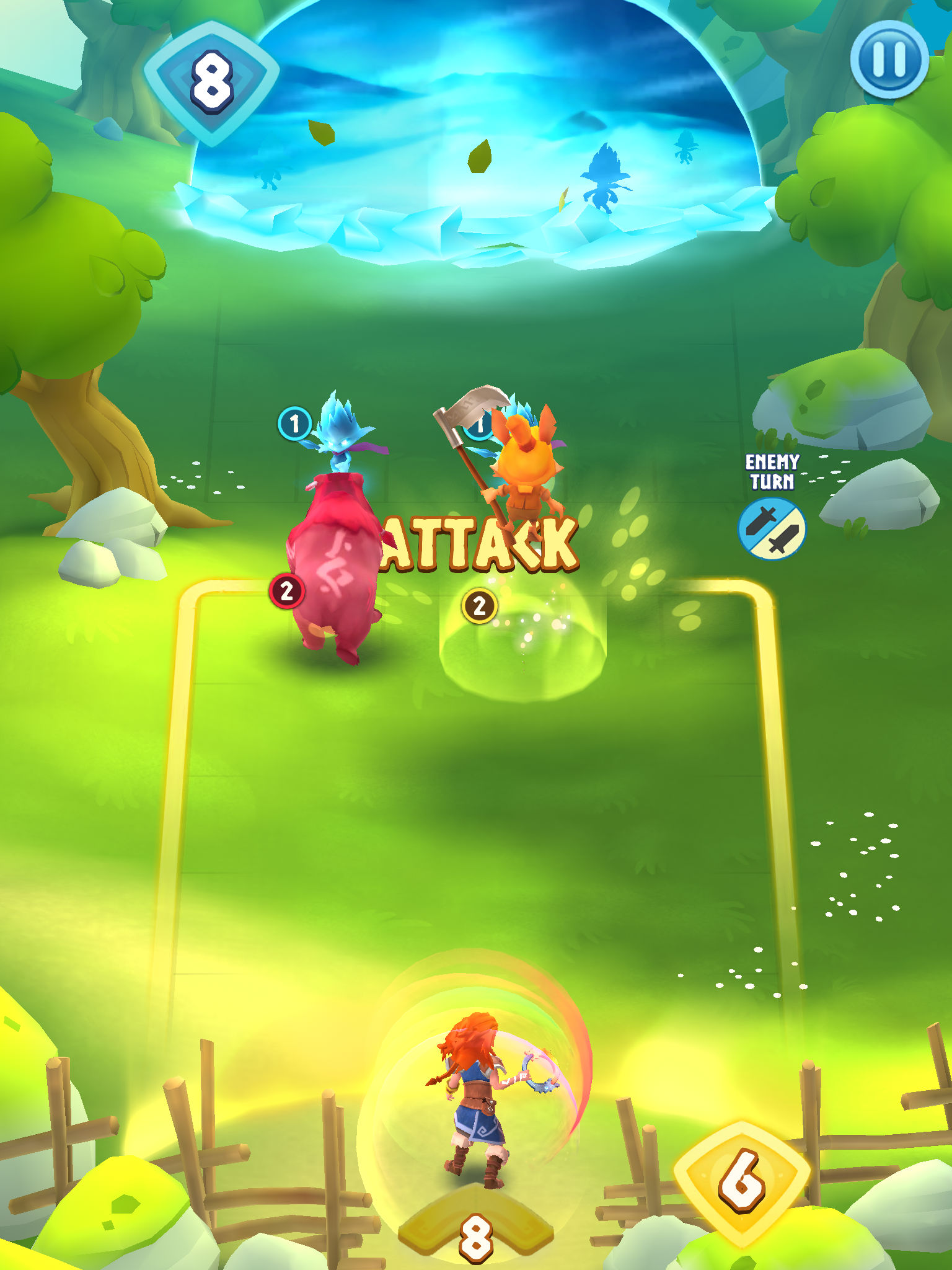 If we’re being fair, Legend of Solgard isn’t revolutionary from a genre standpoint. There have been any number of match-3 RPGSs on mobile in the past, some of them quite good and others pretty meh. What makes this one different is the way it removes the idea of matching symbols on a board to power up characters or activate their abilities and instead makes the characters themselves the things you match, while also turning each lane on the board into something crucial to any particular battle.

That might sound like a lot to wrap your head around, but one of the beautiful parts of this particular game is the way everything it presents becomes intuitive very quickly. Every level presents you with either a portal spawning enemies or a large boss monster to defeat. Doing so means matching three of the same troop type — color-coded to keep at least one of the time-honored match-3 traditions intact — in the correct column or columns, ensuring they defeat the enemies before too much damage is done to your avatar. Every move counts, as you have just three moves before the enemies attack, one of which can be dropping troops you’ve already used back onto the battlefield in random fashion, giving you more options.

On this simple but fascinating framework, Legend of Solgard layers on a lot of additional concepts, though at a pace that feels like it’s never too much at one time. Some of your troops can become even more powerful by matching them in specific shapes or with more than three characters, but there are usually trade-offs like waiting an extra turn to attack. Need to defend instead of attack to buy yourself time? Matching three like troops across a row instead of in a vertical column turns them into barriers to soak up damage.

The RPG elements also have pleasant depth. Every type of character you can get to fight for your side can be improved to make them stronger or unlock special attacks and abilities. There are multiple different “classes” of troop types, allowing for what feels like quite a bit of flexibility in terms of how you want to put your forces together. Your avatar, too, is a character in her own right, and can be leveled up to aid in battle more directly as she grows in power. There’s even crafting to discover once you’ve advanced far enough, along with dungeons and guilds.

With a story rooted in Norse mythology, the developers at Snowprint Studios have infused everything with a very distinct art style and overall aesthetic that doesn’t immediately call to mind anything on mobile before. It’s at once both very King and still not exactly what the company has served up prior, which could also be said of the game as a whole 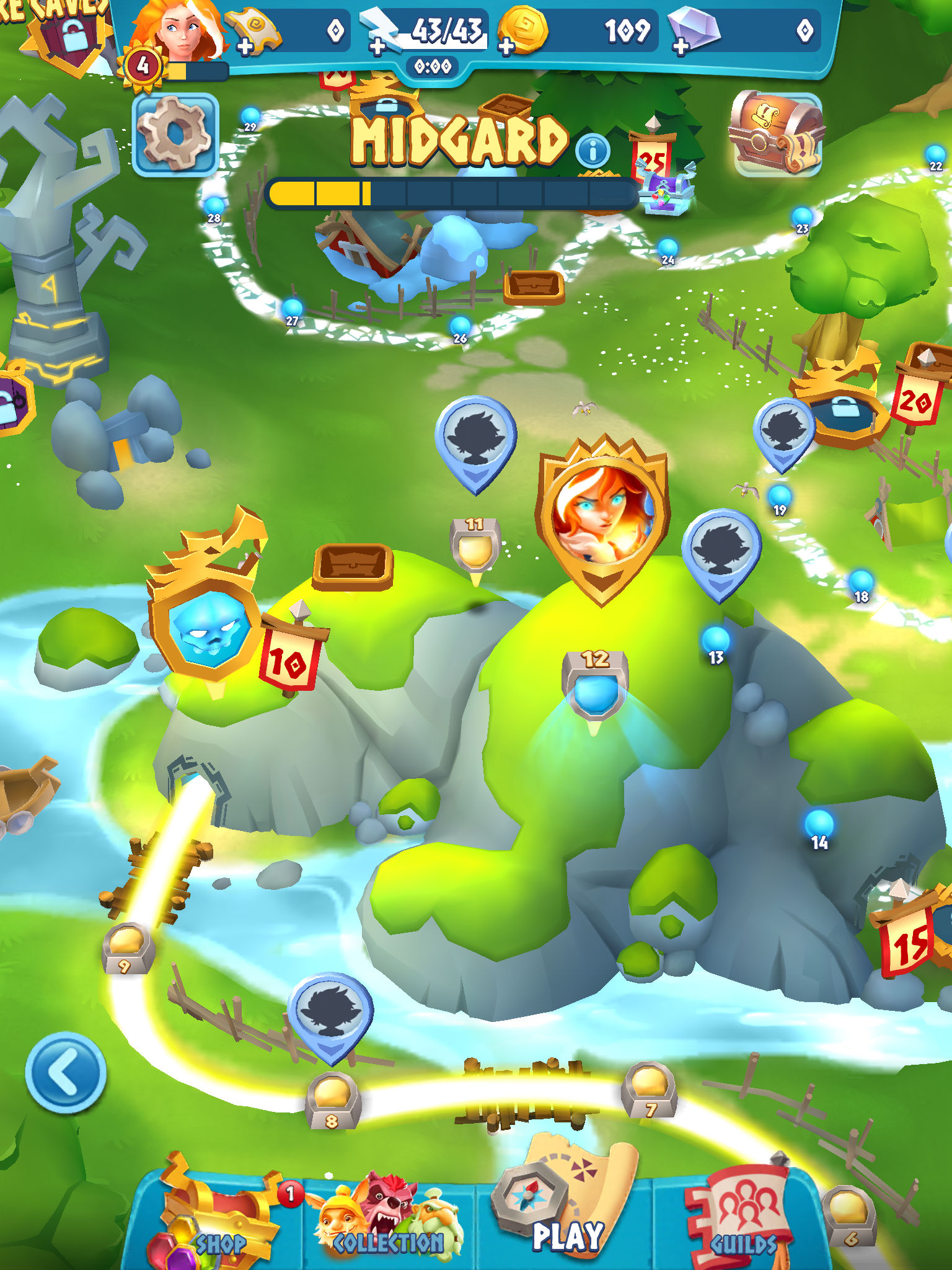 Of course, since Legend of Solgard is a free-to-play title, it comes with some of the usual trappings. New troops need to be unlocked by collecting their gems, and you’re somewhat at the mercy of the gacha spirits when it comes to obtaining certain ones. An energy system limits your play sessions, and while it isn’t very restrictive as you take your first steps into the game world, there’s definite potential for it to get that way down the road.

Perhaps the highest compliment that could be paid to Legend of Solgard is that it’s not what you assume it might be just from hearing the genre in which you’d place it. It’s got something to offer all kinds of mobile gamers, from the very casual to the much more serious, and should expand the definition of a King title beyond what we’ve all known it to be for years now.