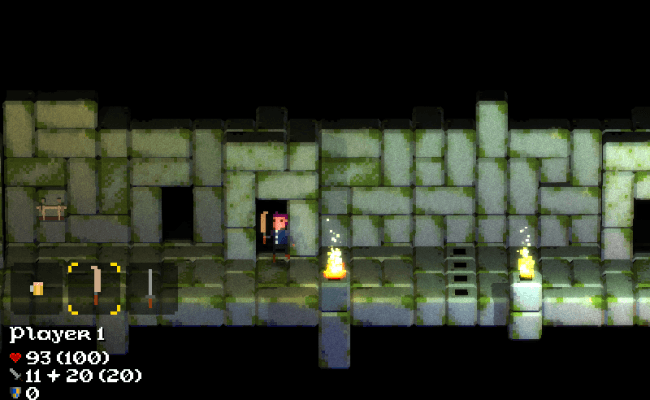 This is the throng that never ends

One of my favorite parts of Legend of Dungeon comes right at the beginning of a fresh round. Emerging from the video game aether through double doors at the top of the screen, your pixelated hero or heroine descends a stone staircase into the hearth of a cozy tavern. A fire crackles invitingly in the corner, adventurers of all stripes mill around the common area, and apples and ale line two central tables. It’s here, for the first and last time in the game, that I feel totally safe.

Safety doesn’t bring with it riches and glory, however, and that’s ultimately what Legend of Dungeon is all about. Just outside the security of the four starting walls lies a massive, labyrinthine catacomb ripe for exploration. Buried within its depths? A much-talked-about, never-seen haul of treasure, located on the 26th floor. Its siren’s song has long lured the brave and foolhardy alike, and you’re no exception, setting off on a quest that’s equal parts roguelike and action-platformer.

It’s hard to write about this title without rubbing up against its selling feature: the dynamic lighting system promoted throughout its successful Kickstarter. So let’s get two things out of the way quickly; for one, it really isn’t all it’s cracked up to be. For another, that last sentence was a complete lie. Far from a gimmick, developer Robot<3Kitty’s choice to bet big on setting the scene pays off immensely. If nothing else, Legend of Dungeon is a master class in how make the tried and true feel fresh again.

Watching the spotlight around you shrink as you stalk tentatively into a darkened new hallway, seeing the meticulous flicker of your lamp as it beams light out in front of you, watching seemingly magical torches light up in sequence as their 8-bit flames cast digital ash skyward. Every new effect you experience adds to the mounting sense of wonder, and infuses the pared down pixel work with a sense of fidelity you don’t see in most modern console games. There may be games this year that are better overall, but there’s no single part in a game more delightful than Legend of Dungeon‘s lighting.

Though let’s not give the core gameplay the short end of the stick here. Certainly some clunky hit box work makes fighting enemies feel initially like a chore, and more so even than other roguelikes I found my first few deaths to hint a demoralizingly hard game ahead. Once you get used to the range at which your sword lands a blow, and start to understand the careful dance of charging an enemy and waiting for it to charge you, a rewarding degree of strategy emerges. Part puzzle, part dance, each new room you enter offers a chance to use your wits and reflexes in equal measure, and a successfully cleared band of baddies is just as much a cerebral thrill as a retro score hound’s delight. 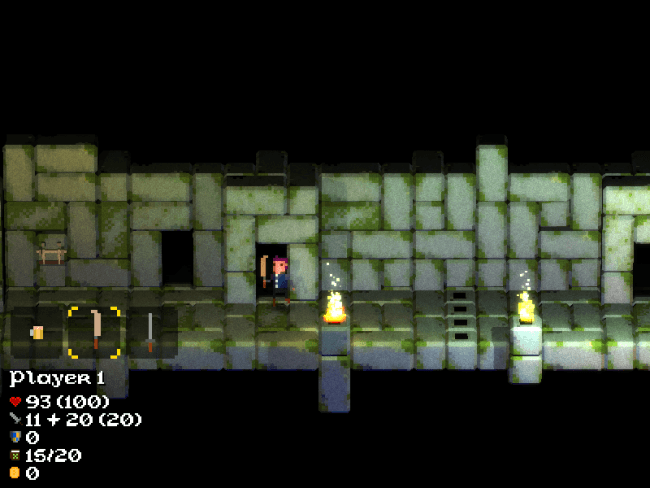 Sustaining the weight of repeated play is surprisingly massive host of enemies, weapons, power-ups, potions, and gear that practically dare you not to geek out on 100 cc’s of dungeon crawling goodness. Summoning an ogre to pound a room full of snakes into submission? There’s a book for that. Want to climb a wall to reach a mysterious entrance to a hidden room full of coins? Why not flip that switch hidden in the dark (but don’t do it too quickly, or you’ll miss the second door hidden there as well!). Want to wear a kitty on your head for no particular benefit and drink a potion that makes you throw up? I didn’t think I did until I played this game. Robot<3Kitty shows off their fondness for – and restlessness with – the DNA to which Legend of Dungeon owes its existence. Here, fun comes in equal measure from discovering new tools to succeed and testing out new instruments of spectacular failure.

On the latter note, sharing my keyboard with my girlfriend turned the experience into an entirely different beast. Like the right wine paired with a meal, multiplayer brought the previously second-fiddle beat-em-up mechanics to the surface and instilled both of us with the bravado to run into every room with the intent to throw everything we had at it as chaotically as possible…when we weren’t looking to undermine one another’s every move, that is. My greatest regret during the review period was that I was running the game on a Macbook Air without four computer-enabled controllers, since multiplayer Legend of Dungeon is pretty much New Super Fargoal Bros. 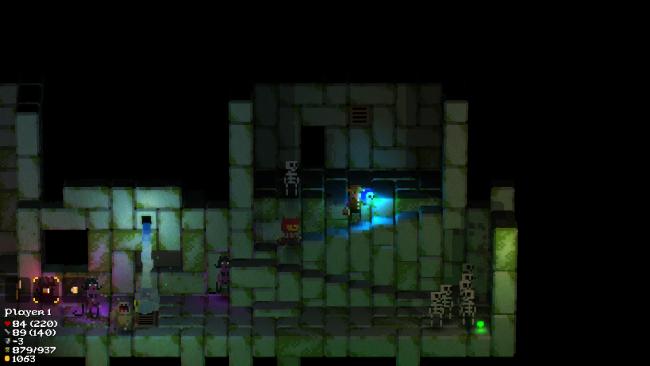 Legend of Dungeon joins the equally excellent FTL as one of the few Kickstarter video game success stories to become a real, materialized thing that you can play. And while it suffers slightly from a lack of instruction, and the fact that its beat-em-up side is considerably less tuned than its roguelike mechanics, it manages to deftly rise above any issues to deliver something greater than the sum of any single blip: a true sense of adventure. With its official status being ‘Nearly Beta,’ this is a game you’re going to want to pick up and own, as it’s only going to get better with time. And besides, that 26th floor treasure isn’t going to wait around forever.