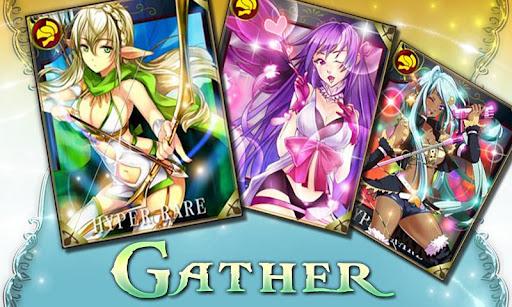 Legend Cards shows how not to do collectible card games

Rage of Bahamut had us all a-flutter for collectible card games earlier this year, with addictive, complex, beautiful anime action that let us build, quest and battle for a ridiculous number of hours. Now developer Gloops is looking to catch us with its own take on the genre.

Unfortunately, Legend Cards misfires, providing a more user-friendly interface than Bahamut, but misunderstanding why we found it so addictive in the first place. The only real way to enjoy Legend Cards is if you have plenty of spare cash to throw at it – and that’s if you don’t mind simply hitting buttons and looking at numbers the entire time.

You begin the game by selecting the type of guild you want to be part of, then learning the basics of building a card deck, going on quests and battling online players. Essentially, each card has specs, such as attack and defense points, and you’re looking to battle against weaker opponents, take their treasures, and then build your deck even better using these.

From the get-go, it’s fairly easy to follow the action, with an interface that isn’t too challenging to follow along with, whether you’re a newcomer or a CCG veteran. Icons along the bottom show the various sections of the game, while huge “Quest” and “Battle” buttons are rather difficult to miss.

The art is lovely too, with plenty of anime fighters, monsters and dragons adorned to cards. As you begin to fuse similar cards together, they’ll evolve into better beasts with better stats, making your deck even more formidable.

There are plenty of added extras to attend to, from building and checking your inventory, to shopping, trading and spending time with the community features. With plenty of content available and tons of cards to collect, CCG fanatics may well find lots to shout about in Legend Cards. 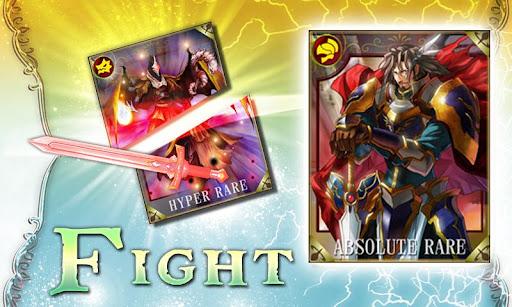 However, compared to other such titles for mobile devices – including Rage of Bahamut – Legend Cards is pretty dumbed down. When you go on quests, there aren’t even animations or any visuals at all: you simply keep hitting the quest button, and added stats will appear on the screen. The game doesn’t even bother trying to build a story up, and just gives you names of areas and what you need to collect to unlock them. It is beyond boring.

The online battling isn’t any more entertaining, once again opting to simply throw up numbers on the screen to say whether you won or lost. You don’t get any say in how the battle plays out, so there is no skill involved – essentially pick your best cards, find a challenger who is weaker than you, and beat them for more cards.

It’s less a game, and more a button-presser. Someone with absolutely no idea of what they are doing could quite easily keep up with a veteran player by simply pressing any and all of the available options. There really is nothing of notable entertainment quality to be found here.’ 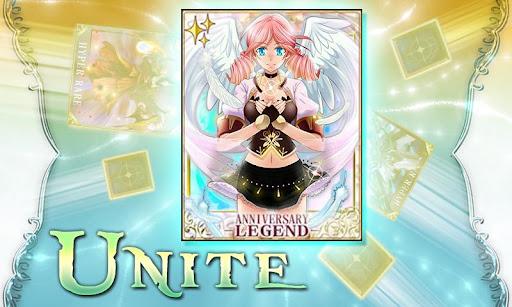 Not that you’ll be playing it for very long anyway if you aren’t willing to shed some cash. Without paying anything, we got about 10 minutes into play before we had run out of stamina, both for questing and for online battling. It’s then a long wait for your stamina to fill up again before you can continue onwards.

The final nail in the coffin is issues with bugs and the complete lack of sound. We found that certain screens would refuse to load fully such that we had to exit and come back into the game to make them work constantly. Without sound or music, these issues are pulled into the foreground and not really excusable.

Legends Cards is a pretty awful card collector, especially when compared to what is currently already available to download. It provides no challenge whatsoever, lacks any personality, is buggy, and wants to eat your money from the moment you boot it up. Stick with the far superior Rage of Bahamut instead.