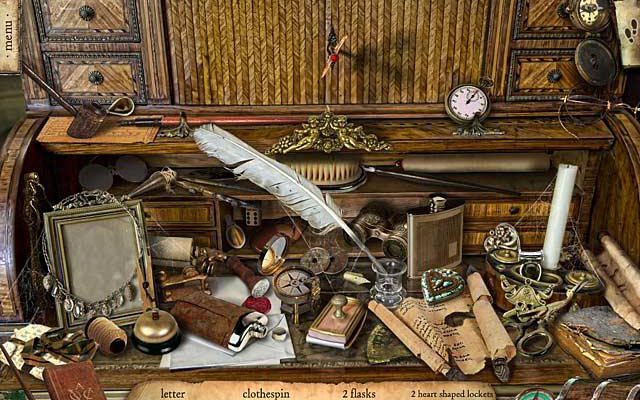 If there’s one word to describe Legacy Tales: Mercy of the Gallows, that word is “slow.”

Legacy Tales: Mercy of the Gallows is an instantly striking hidden object puzzle game that has everything it takes to pull players in. Great voice acting in the initial cutscene speaks of a lifelong romance that actually wasn’t: as the wife of a noble captain vanishes, and the captain is found dead on the coast of the ocean. While the game starts off with a bang, it quickly fizzles into a slow moving and ultimately disappointing experience.

Legacy Tales: Mercy of the Gallows sees players trying to solve the long-held mystery surrounding Captain William van der Decken, a famous military man that worked to free the world from pirates, until he was found dead on the Dutch coast in full pirate regalia, including a hook for a hand. His wife Isabelle had vanished some time prior, increasing the mystery. Unfortunately, the story is pretty sparse after the introduction, as we’re only given brief glimpses into the lives of the van der Deckens via short journal entries or paintings scattered about the family’s abandoned castle. 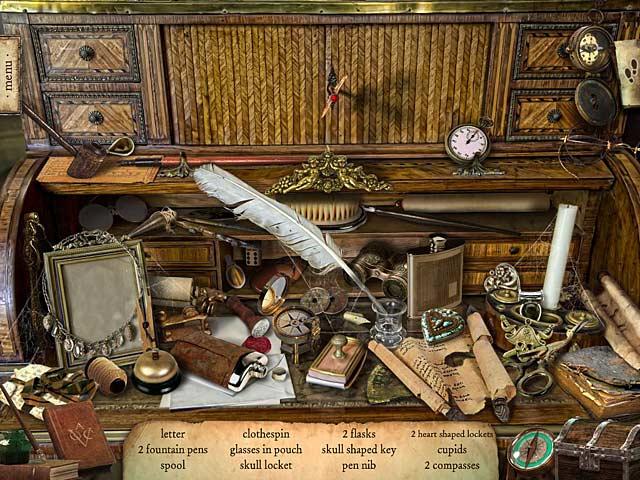 Over time, the game slows down more and more. It lacks traditional cutscenes, but the narration during dialogue sequences (including a few interactions with ghosts) is excellent. These are few and far in between, however, and you’re simply left to progress by wandering around an abandoned seaside village, and searching through the castle. Hidden object scenes are lacking at the beginning of the game, but increase in frequency and in difficulty over time.

These hidden object scenes are mostly those that ask you to find items on text lists, with a few offering further interactivity in the form of doors or containers that must be opened or moved before finding a key item. There’s also a brief inclusion of silhouette hunts, which challenge players to find items based on shadows, rather than names. It’s a shame that there aren’t more of these kinds of scenes, as the text scenes are artificially inflated for length by asking players to find multiples of a specific object (seven feathers or five horseshoes, as examples).

Outside of hidden object scenes, there’s a great map system that allows for fast travel, as well as providing players with a constant inventory of locations that still contain a task to complete. Coins add another element to the game, with coins being found in bulk in most locations. These too are marked on the map, as coins are perhaps the most important item in the entire game. 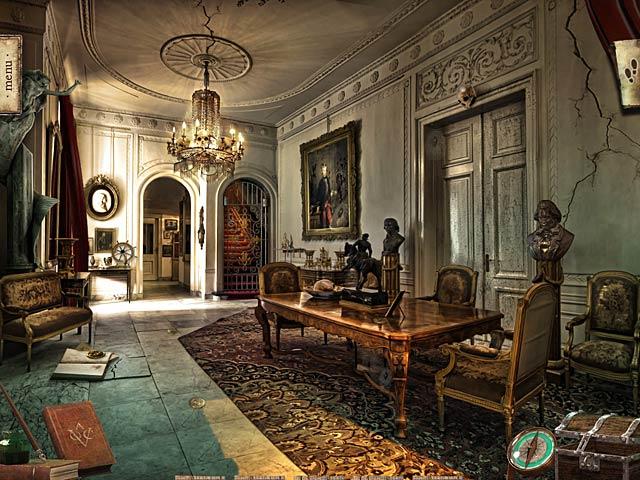 While the game initially presents coins as though they might be a voluntary collection system, it’s actually mandatory that players collect them in order to unlock treasure chests throughout the game. These chests contain key items that you must retrieve before moving further on, so it’s unfortunate that many coins are so hard to find.

While Legacy Tales: Mercy of the Gallows comes with two difficulty options, even the easier of the two comes with a slowly filling hint recharge meter and lack of a permanent in-game cursor. This prevents you from seeing when you’re hovering over a key item, so you can walk all around a building never finding the item that’s been right in front of you the entire time.

Puzzles are handled well in Legacy Tales, even though the majority are those we’ve seen time and time again (jigsaw puzzles, tile rotation/swapping puzzles, and so on). The graphics throughout are especially good here, as the closer an object is to the player, the more detail it has been given. Some legitimately look lifelike, but that sort of appreciation quickly diminishes when you’re left with slow object animations and lagging transitions. 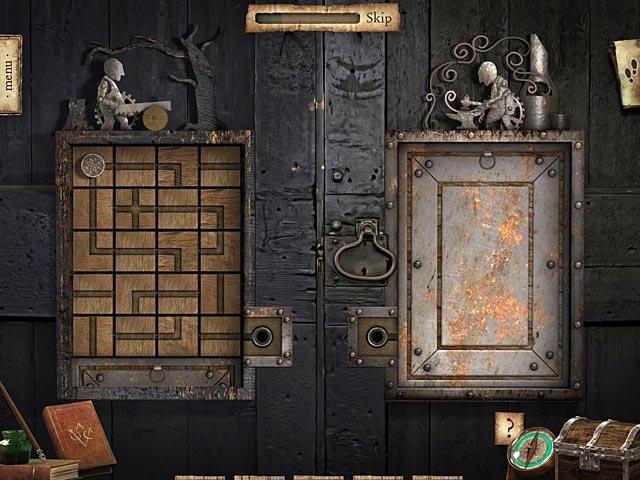 If there’s one word to describe Legacy Tales: Mercy of the Gallows, it’s “slow.” From the slowly recharging hint and skip meters and the unnecessarily lengthy hidden object scenes, to the slow unraveling of the game’s story and secrets, this is one experience that had a ton of potential and did a lot of things right (the map and fast travel system, as examples), but has even more flaws.