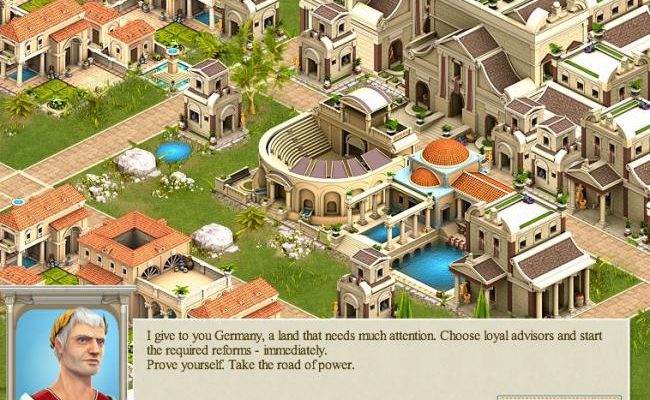 Rome was not built in a day, but Legacy of Rome is an impressive start

Legacy of Rome may have just been released by innoWate and 6Waves, but its impressive graphics and lack of new-game bugs make it look like a game that’s been out for months.

For Julius Caesar, conquering half of Europe and creating the Roman Empire has made him weary. He has appointed you, his potential successor, to build Germania into a prosperous region for the Roman Empire. If you prove yourself, the empire is yours.

As ruler, you are tasked with building the needed infrastructure, quelling any revolts and expanding the town by adding residents. When you begin, the town is pretty bare and you immediately get to work making the necessary improvements like adding roads, building a reservoir and constructing a courthouse to dole out judgment. 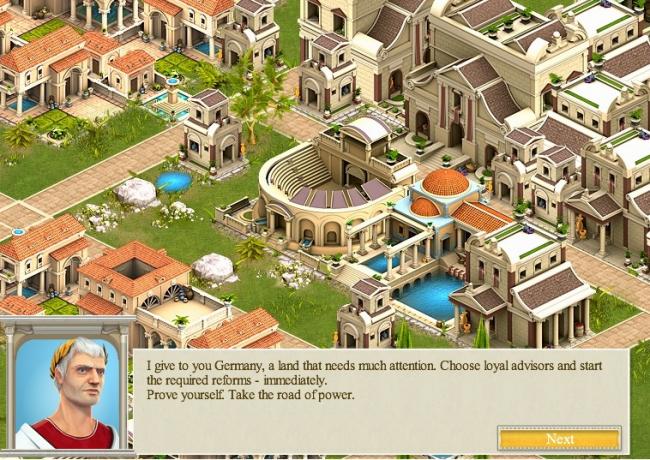 Of course, these buildings take time to build, but you can accelerate the process by using rings of power. With their help you may accelerate construction by 10 minutes, an hour or instantly. The rings can also be used throughout the game to purchase resources. If you need lumber or stone and don’t want to wait for your residents to get it, then you can spend some of your rings.

As the game progresses, you’re forced to deal with unexpected circumstances such as revolts while you continue to build your town. After you run out of space, there’s land available for expansion for a cost, but you’re granted plenty of open land at the beginning of the game to get you started. 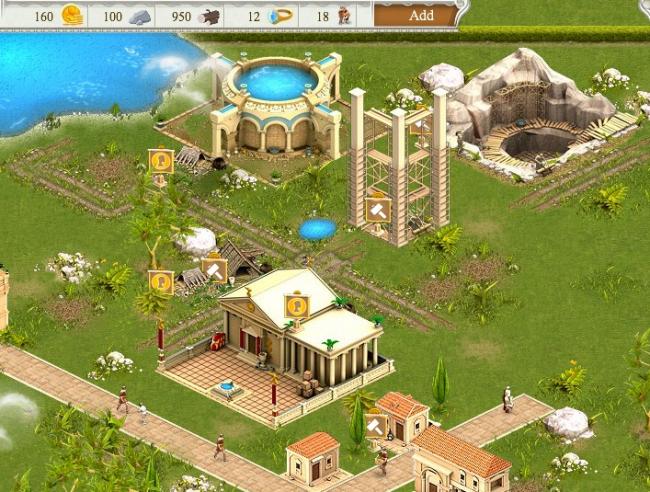 Along with infrastructure and housing improvements, you can also purchase decorations to make the town look more attractive. Items such as pavilions raise moral and make your townspeople happy. Lets face it, no one wants to live in a village where the only thing to watch is your neighbors pull their carts.

One of the impressive aspects of Legacy of Rome is the animations of the residents as they go about their day and the level of detail in the buildings and landscape. You can clearly see them carry their barrels, pull carts and even watch the occasional child playing on a sidewalk. It’s clear to me, the designers are taking special care to create as much visual authenticity as possible.

Legacy of Rome also gives players incentive to bring their friends into the game by making them advisors to your sanitation, happiness and population. These advisors let you know what you need to do in relation to each area. You can purchase advisors in the game for short periods of time or you can recruit your friends to do it for free. 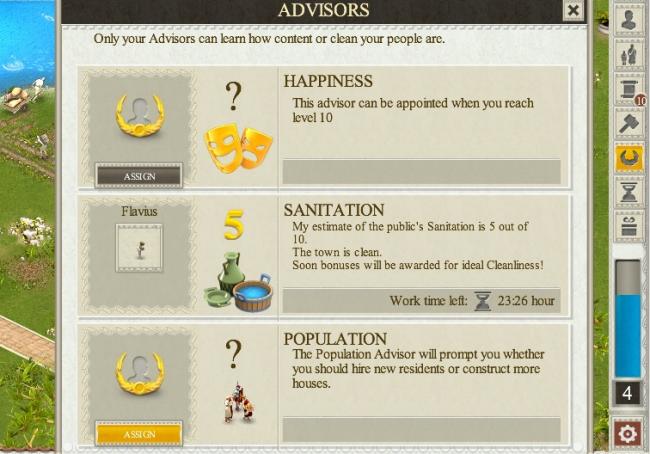 For a game that is brand new, Legacy of Rome is more complete than a lot of games on Facebook that are many months old. Having said that, I would love to see more fun items to build. The happiness tab has a few fun items to build initially, but it would be great to eventually be able to build a playhouse or coliseum and watch as the chariots race around the completed structure.

Legacy of Rome stands as a pretty typical empire simulation game, but it does have a level of depth and realism that other games lack. Rome may not have been built in a day, but Legacy of Rome is an impressive start.