Legacy of a Thousand Suns Review 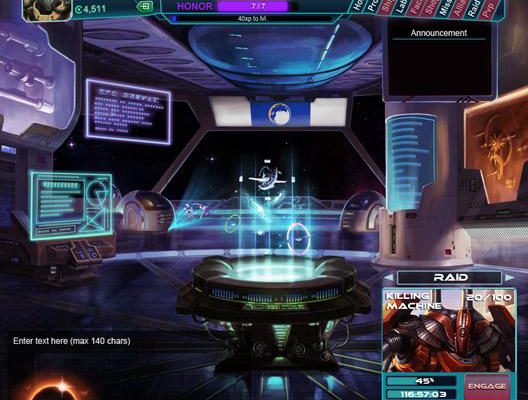 Legacy of a Thousand Suns is an RPG that awes with impressive text and visuals.

Legacy of a Thousands Suns has a name that makes it sound like it numbers among the lesser-known works of Ursula K. Le Guin or Gene Wolfe, and to be sure, its story-based text likely outnumbers several of their better works. Beginning with its lavishly detailed starting screen to its awe-inspiring graphics for boss fights, 5 Planet Games never lets us forget that this is a Facebook RPG with ambition, and it marks a significant improvement over their well-received predecessor, Dawn of the Dragons.

That said, it’s still a Mafia Wars-based RPGs at heart, but it outlines a bold direction for the genre that many console game developers who have started using the model for promotions would do well to study. Of course, the basics are all here: you can choose one of three classes, and you can make changes to your character in your profile menu (complete with a helpful drag-and-drop option), and you progress through quests with your energy bar. However, changes are evident as soon as you click on a mission. 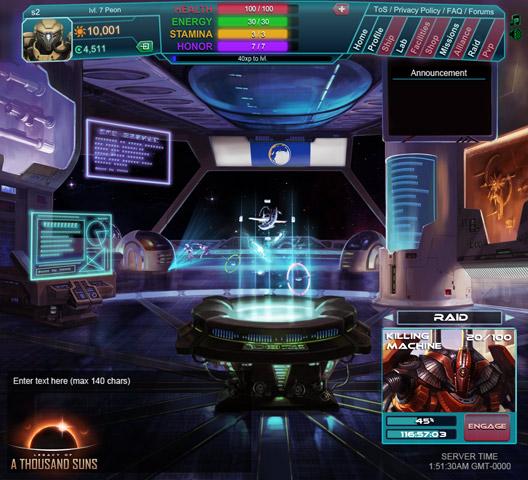 Most text-based RPGs on Facebook only give you a few sentences for story during each mission, but 300 words per entry is something of the norm for Legacy. These missions begin with an exciting jailbreak with Prince Illaria (read: Prince Leia), and each quest maintains a healthy dedication to the game’s lore that’s often absent in other Facebook RPGs of its kind. These missions possibly could have been better if they were integrated in segments for each click of the quest, but they easily raise the bar for similar games with their narrative complexity. And since Legacy allows you to revisit the text of any mission you’ve already completed, it’s possible to read the entire game as a form of novel if you’ve progressed enough.

5 Planet Games partnered with Concept Art House to create Legacy of a Thousand Suns, known for their work with such high profile franchises as World of Warcraft and Magic: The Gathering, and their influence is everywhere. Each mission contains accomplished artwork that must have taken hours to complete, and the boss fights contain stunning works of art that often capture the energy of a real-time fight. The attention to visual glory in Facebook RPGs is something of a welcome trend (as we recently saw in Epic Fighters), but the sheer abundance of individual images in Legacy of a Thousand Suns and the engaging text make Legacy worth remembering. 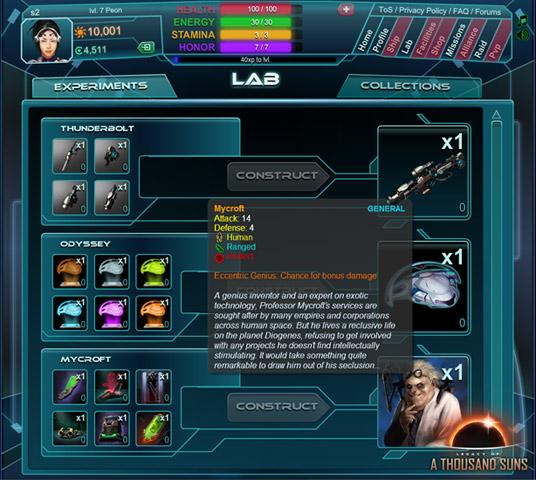 If Legacy of a Thousand Suns has a fault, it’s that it simply takes too long to advance in the game. Regaining one point of energy takes four and a half minutes, and some missions need a minimum of 10 points to complete each step. If you haven’t put points in energy as you level up, that would mean using a full energy bar for but one click on a quest that will take around eight repetitions to complete. This can be allayed a bit, however, by joining an alliance of other players. Elsewhere, Legacy also provides the option to build weapons and fight against other players, although the latter option isn’t anywhere near as entertaining as it could have been. Victories seem simply based on available gear and NPC teammates, and lack none of the animations that spice things up in games like Epic Fighters. 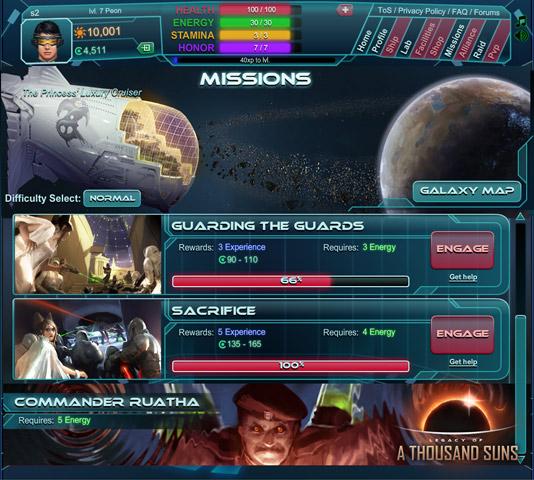 Still, Legacy of a Thousand Suns marks a significant step for the genre owing to its production values, and it proves that text-based RPGs are alive and kicking. While it’s ultimately not as groundbreaking as it believes itself to be, there are plenty of options and surprises waiting in its interface and narrative and it easily provides one of the best experiences in text-based RPG gaming on Facebook.