Home / Reviews / Left in the Dark: No One on Board Review 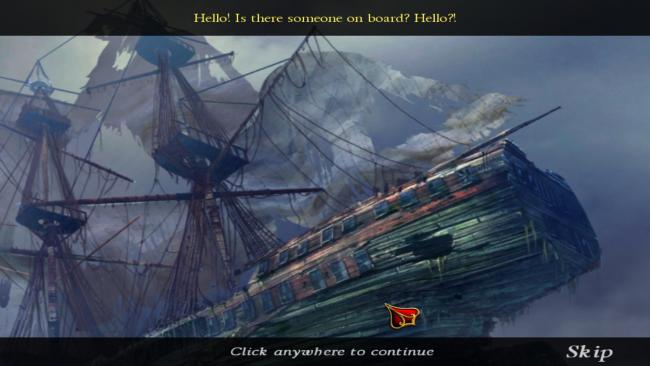 Familiar trumps the remarkable in this solid HOG

While on a recent trip to Belarus, I was struck by the need for a McDonald’s cheeseburger. Days of strange foods made me crave something predictable and familiar. It occurred to me then that games are like food; sometimes we look for something new on the menu, and sometimes we want the assurance of the tried-and-true. Moonrise Interactive’s Left in the Dark: No One on Board fits into the latter category—not remarkable by any stretch, but as an interactive experience, solid and familiar.

No One on Board casts you as a nineteenth-century detective who’s called to the seaside town of Port Providence to investigate a seemingly abandoned ship. When you get there, you learn that for decades, the town’s been beset by a curse that makes entire ship crews vanish; and further, that it’s haunted by the memory of a terrible fire. While paranormal explanations are bandied about, you suspect a much more banal solution and set out to uncover the dirty secrets at the bottom of the so-called curse.

The idea of a curse as the catalyst for a hidden object adventure is a fairly predictable one, and No One on Board unapologetically employs it. It also taps into the notions of ghosts and ghost ships, family rivalries, spooky New England villages, and eccentric townspeople. All these things have been used before, and will no doubt be used again. Why? Because they work. There’s not a single original idea here, but this grab-bag of familiar concepts retains enough mystique to draw an audience, and it manages to deliver a fairly entertaining adventure.

Beyond the game’s unremarkable concept, its presentation is equally inoffensive, although it does take a good number of shortcuts. The intro just throws you into things without much set-up, and few pains are taken to pretty up the fully functional menus, text, and other on-screen elements. The visual effects are middling to poor (fire is particularly bad). Visually-speaking, the puzzles are…fine, and the hidden object scenes range from acceptable to garish. The audio is also mediocre, with decent (if unmemorable) music, and for the most part conventional vocal performances (except for one in the last scene which is utterly horrendous). 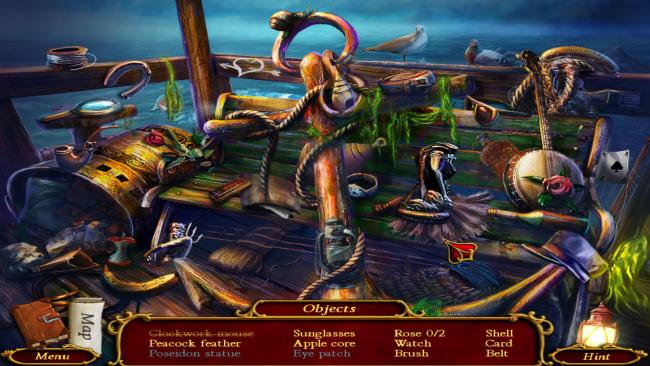 In terms of gameplay, the hidden object scenes don’t trigger in very interesting ways, they don’t offer much variety as far as composition goes, and they don’t present anything new as far as mechanics (one involving a spy glass is slightly more interesting). These tend to re-use the same items again and again, which makes for somewhat boring search sequences. Each hidden object scene must also be played through twice without fail, and this makes for somewhat monotonous pacing. The game’s puzzles suffer from a similar lack of specialness as evidenced by the fact that as I write this, I can’t remember a single one of them.