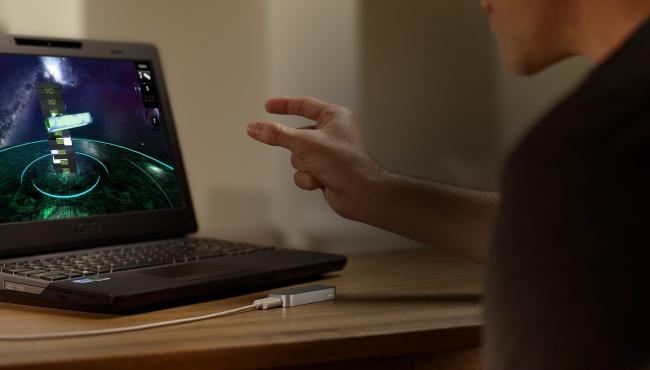 Have you ever wanted to be Tom Cruise? Of course you have. Whether it’s Top Gun Tom Cruise, Risky Business Tom Cruise, or even the Tom Cruise that jumps on Oprah’s couch and scares the hell out of everyone in real life, there’s been at least one moment in your life that you’ve wished you could be Tom Cruise. And now – so long as you’ll settle for Minority Report Tom Cruise – your dream can come true for $79.99.

That’s the price of the Leap Motion – or as everyone I’ve talked in the last year calls it, “that device that turns your computer into the gesture-controlled thingy from Minority Report.”  It’s a comparison that the company is no doubt growing tired of, but that won’t stop me from hammering that point home over the first two paragraphs of my review.

That’s because it’s a comparison that’s so well-warranted. The Leap Motion promises to let users control games (and other apps) by waving their hands and fingers in the air, pointing and prodding to guide elements on the screen to achieve their desired result. Ready for the shocker? IT ACTUALLY WORKS.

When something seems too good to be true, it usually is. Yet Leap Motion fully delivers on its promise. You’ll be able to push, pull, and poke flawlessly. In fact the only problem I had with the mechanics of the device was…. well, me. Being a fidgety fella, I’d sometimes shift in my seat and no longer be quite as perfectly lined up as I once was with what’s happening on the screen. Nudging the device (or my chair) solves this easily – and really, when “user fidgetiness” is the only mechanical issue, it’s hard not to call this thing a win.

But a device is only as good as its software, and like most new devices, the selection right now is a bit hit or miss. There are a few top notch titles available in Leap Motion’s Airspace store, but for the most part you’ll find a mix of existing mobile games like Clay Jam and Cut the Rope repurposed for the device and amateur efforts that try to recreate experiences like air hockey and paper football. To say the selection of great games for the Leap Motion is anemic right now would be putting it kindly.

Having said that, the few gems that do appear have no problem reminding us of why we were excited about Leap Motion in the first place. With the right developers on board, this device could be the greatest thing to happen to PC gaming since the mouse. 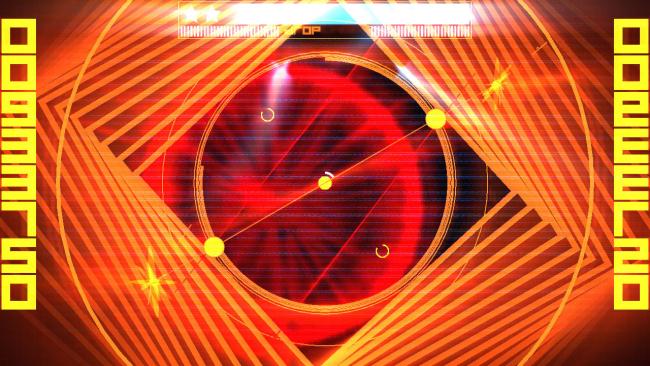 Double Fine’s Dropchord debuted on Leap Motion before making the jump to mobile, and having played both versions, I can safely report that this game feels much more at home when played Minority Report-style. Using one finger on each hand, players control a straight line that bisects a circle as they attempt to activate shapes within it, all while rocking out to some rhythm gameplay (and avoiding some nasty red shapes).

HESAW’s Blue Estate Prologue is an on-rail’s shooter (think House of the Dead, Time Crisis) set in a gritty pulp noir environment with a dash of silliness in the storytelling. It’s shocking how great the Leap Motion works for this. Make a gun shape with your hand like you’re playing cops and robbers, take aim, and blast away the bad guys. It’s as simple as that.

There are also a few apps on the Airspace Store that allow you to use the Leap Motion in your non-gesture-based games, though they take a fair bit of customizing to get up and running. GameWave, the most popular of the bunch, lets player share their saved configuration files with other users, making it a spot easier than going through and mapping each and every control option to a movement. That said, it was never quite easy enough that I was willing to invest the time needed to really fine tune the controls to my liking for a particular game. (If you’re the sort of person who can’t be bothered with JoyToKey, you’ll no doubt share my feelings here). 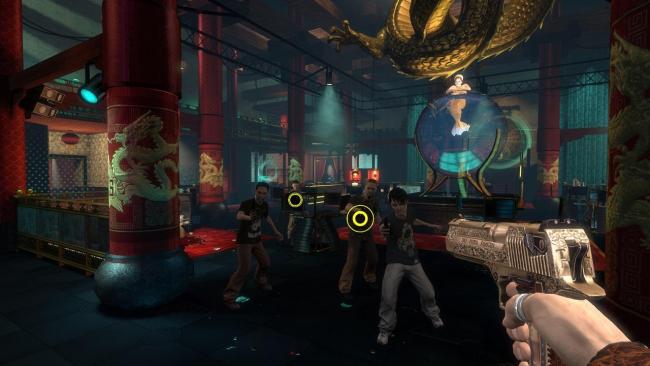 Apps of the non-game variety exist too, and while they won’t necessarily appeal to Gamezebo’s audience, I’d be remiss not to mention that owners of the device can find some pretty cool stuff in the Airspace Store that won’t net you a high score. Music, art, science – there’s a bevy of cool apps worth checking out if you can pull yourself away from gaming for just a few minutes.

Leap Motion is a cool little device that delivers on its promise of the future, but it does so at a rough time for such things. Gamers have been deluged with gadgets this year. Software exclusives from nameworthy developers are few and far between, and gamers are always wanting more for less. Patience is becoming a rarity, as players seem to demand a killer line-up from the moment a platform is released. Leap Motion doesn’t have that yet, but it has the seeds to become something amazing.

With a relatively inexpensive purchase point and bargain-priced games, Leap Motion is unique enough to warrant a purchase for the curious. And who knows? If enough people jump on board, maybe we’ll see the potential shown by games like Blue Estate and Dropchord blossom into something amazing.