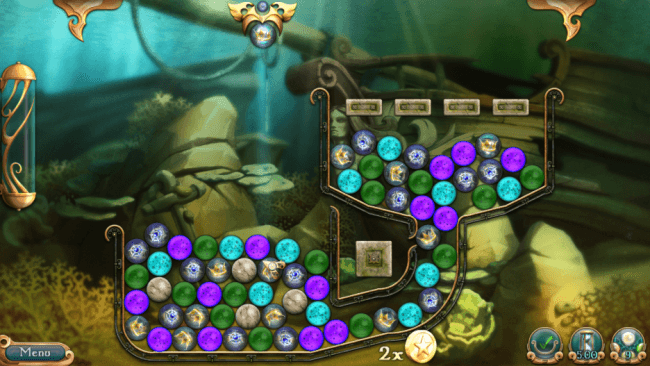 Mermaid Man and Barnacle Boy would even approve

League of Mermaids is an enjoyable and addictive match-three puzzle game, but it has more than that going for it. Consider its name. Are there any three words you can put together that sound more epic than “League of Mermaids?” It makes you think of an underwater Justice League-style team that fights crime using robot sharks and razor-edged seashell bras.

League of Mermaids does in fact feature a squadron of mermaids that team up when their rare treasures go missing. It’s a problem for two reasons. One, nobody likes it when their shiny things go AWOL. But more importantly, the treasures are what keep the mystical Kraken from waking up and laying waste to Atlantis. You need to recover the stolen goods by solving puzzle after puzzle.

Both games go beyond the standard match-three/bubble pop formula by making physics a major part of the gameplay. While you do need to match up three or more pearls to make them disappear, they don’t stick obediently wherever you drop them. The pearls are hard objects that bounce, roll, and generally resist touching unless they’re given the OK by the laws of physics.

Each game board is purposefully constructed to complicate matters. Some feature smooth, metal bowl-like structures that seem to keep the pearls in motion. Other levels are built with peg-like floors that hold fast to the pearls, making it hard for them to touch. As was the case in Pearls of the Deep, the boards in League of Mermaids are decorated with gates, windmills, and other obstacles that keep you from achieving your goal too easily. 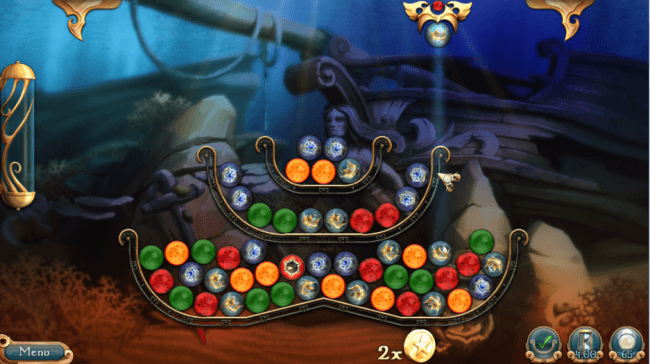 Stars are awarded when you fill your Treasure Bar (which creeps up as you match baubles that have treasure in them), and when you beat a level under a time limit using a certain number of pearls. Getting three stars on a level can be incredibly tricky, but you need to grasp for every precious star if you want to unlock later levels—unless you’re OK with making an in-app purchase. You’re given the option to win extra stars daily by playing the game’s Zen mode, which is handy.

League of Mermaids features lovely underwater scenery as well as mellow music and sound effects. The baubles can be hard to see, but the game offers a welcome “colorblind mode” that should make life easier if you’re having trouble.

League of Mermaids wades in familiar waters, but it still manages to be as addictive and relaxing as its predecessor. There’s some panhandling for in-app purchases, but they’re out-of-the-way for the most part. Take the plunge and prove that mermaids are for everyone.