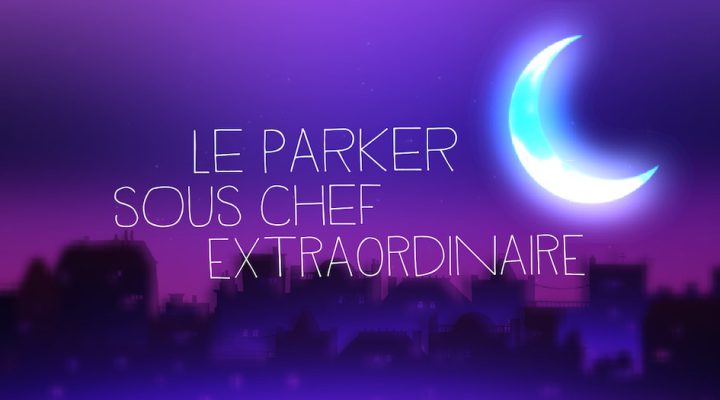 Enemies are more annoying than challenging

Le Parker: Sous Chef Extraordinaire is being billed as a “tough-as-nails platformer,” but I don’t necessarily agree with that sentiment. I’d agree that it can be challenging. I’d also definitely agree that it’s a platformer. However, it’s less “Super Meat Boy” and more “final stage of Super Mario Bros. 3, but the controls are slightly off.” It’s not bad, but not exactly great either. 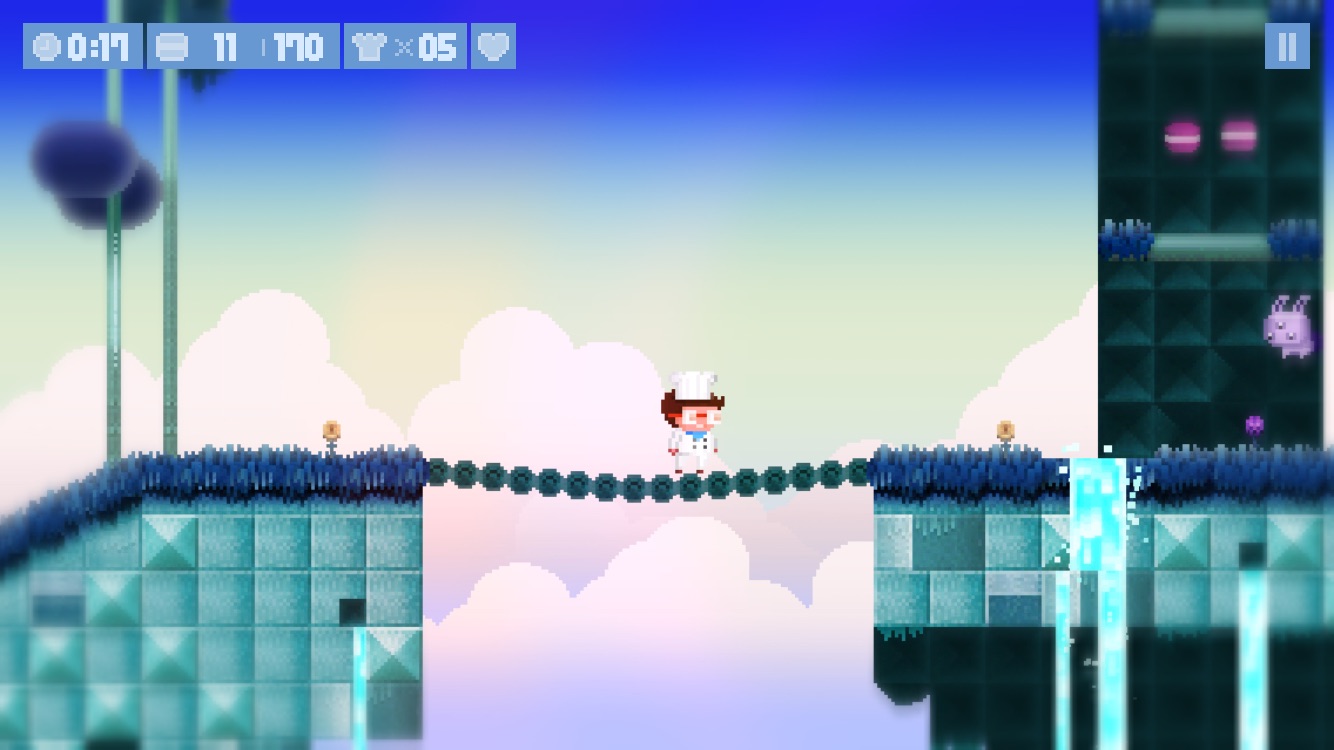 Plot similarities aside, I do have to say that Le Parker is a really good looking game. The pixel art style on display is great, the animations look nice, and there are just enough fancy visual effects with lighting and such to really make it all pop. Much of this is particularly apparent when you come across the larger enemies, as they tend to show off even more detail. The music is also great, hitting that sweet spot between retro and contemporary chiptunes.

This is a challenging game, however, I don’t think it’s as tough as advertised. At least not in the way that I was expecting/hoping for. I went in thinking Le Parker would be more of a quick-fire platformer with quick deaths and even quicker restarts, with short levels that put player skills and patience to the test. Instead, what I found was a platformer that follows more old-school design philosophies with things like longer levels that have several small side paths to explore, lots of blind leaps of faith, and tricky enemy placements. None of which is inherently bad, except that the movement controls and enemies as a game mechanic are both kind of… meh. 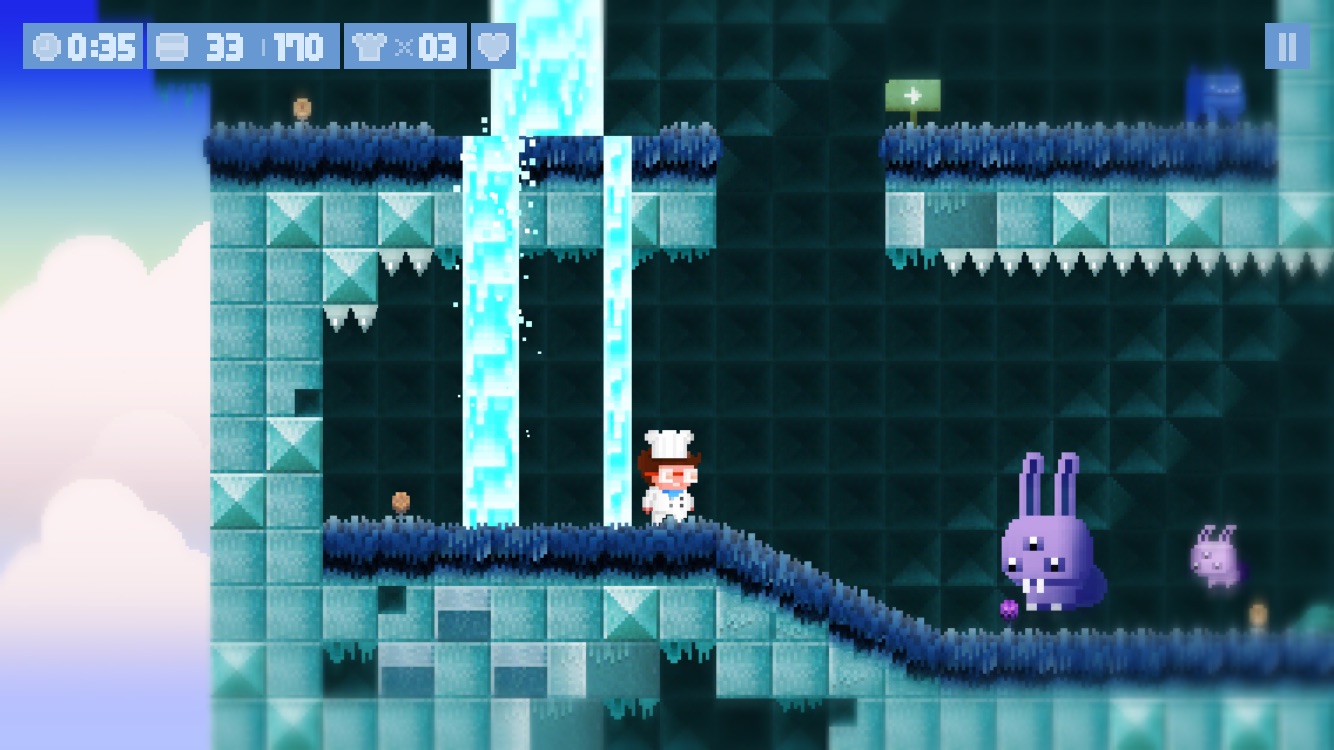 Enemies puzzle me the most, to be honest. They don’t serve much of a purpose outside of simply getting in your way. You never really have to deal with them, unless you just want to clear them out so you can make a particular jump with fewer distractions. I never really came across any that worked in tandem with the environment to create any kind of navigation puzzle. Heck, you don’t even use them for jump boosts like you could in older platformers. I mean they do look good, and I suppose they do make things tougher at times, but it comes across as arbitrary when you have no real reason to take them out. They don’t drop items and they don’t turn into anything you can use to take out other enemies – they could have just as easily been spikes or some other hazard that move in predictable patterns.

Then there are the controls, which just plain bug me. Nothing feels as responsive as I’d expect from a platformer that’s meant to be difficult. Movement feels slippery, like Le Parker is wearing shoes with no grip while running on tile floors. The directional pad sometimes decides it doesn’t want to register input (likely because I’ve hit a “dead zone,” which also shouldn’t really happen), and other times it decides I’m trying to go in one direction when I’m really trying to move in the other.

Jumping isn’t much better. You’re supposed to be able to tap lightly to make little hops, but I’ve rarely gotten it to work. Longer taps for higher jumps do work, at least, but the double-jump is so short it almost seems pointless. It’ll make a difference during some jumps where you need to reach very precise heights, but it’s almost embarrassingly small when compared to other games’ double-jumps. Yeah yeah, I know, “size doesn’t blah-blah.”

I don’t dislike Le Parker, despite how this all might sound. I think it’s a decent platformer with fantastic visual and audio style. But I do think it’s a shame that it can’t quite stand shoulder-to-shoulder with the games it’s obviously trying to aspire to.