Home / Reviews / Layton’s Mystery Journey Review: Everything but the Puzzles

Layton’s Mystery Journey Review: Everything but the Puzzles 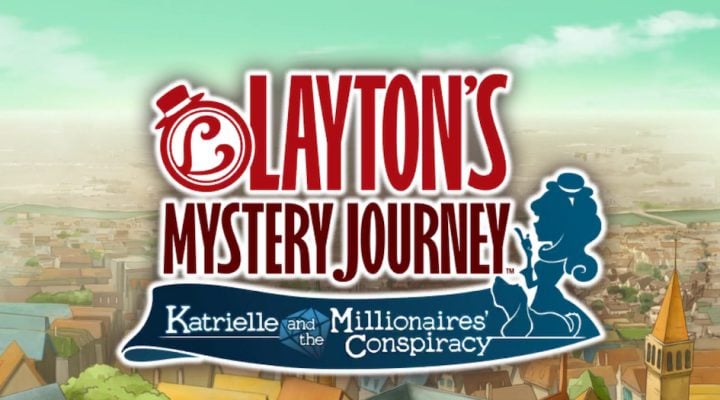 Tutorials are obnoxiously long and pandering

Many puzzle descriptions and hints are very poorly worded

Puzzles are either boring or frustratingly obtuse

Truth be told, I’ve never really found the time to jump into a Professor Layton game. This means that Layton’s Mystery Journey: Katrielle and the Millionaire’s Conspiracy is the first Layton title I’ve spent any time with. But… they can’t all have been this disappointing, right? I mean the earlier games had to have been better, otherwise why would there even be a franchise? 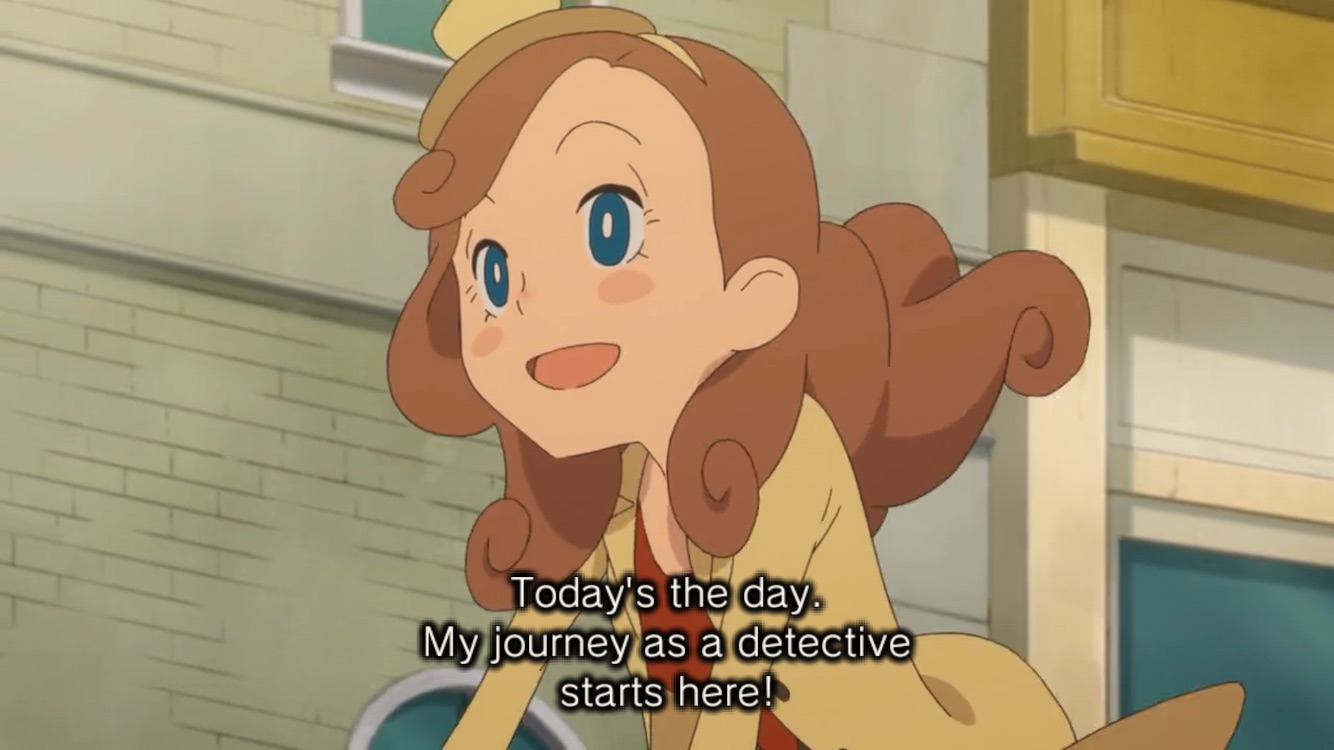 Layton’s Mystery Journey follows the exploits of Katrielle Layton as she takes charge of the family’s detective business for the first time. The various cases that need solving are suitably interesting while also a little silly, but silly in that enjoyable Phoenix Wright sort of way. No spoilers, but the solution to the first official case is super-charming and I’d probably be in love with the game (and series) if it weren’t for the problems I’ll get into a bit later. The mysteries and characters are really, really cute and well put together.

It’s also a really nice looking game. The animated cutscenes are exceptional with a style that evokes a bit of Studio Ghibli, and there are a fair number of them throughout. The in-game stuff looks nice as well, with cartoonish characters and painterly-looking backdrops. At least that’s what I thought at first. Then I realized both the characters and backdrops are actually 3D, not flat hand-drawn 2D, which is just… I mean wow. Bravo. That’s kind of amazing, honestly. 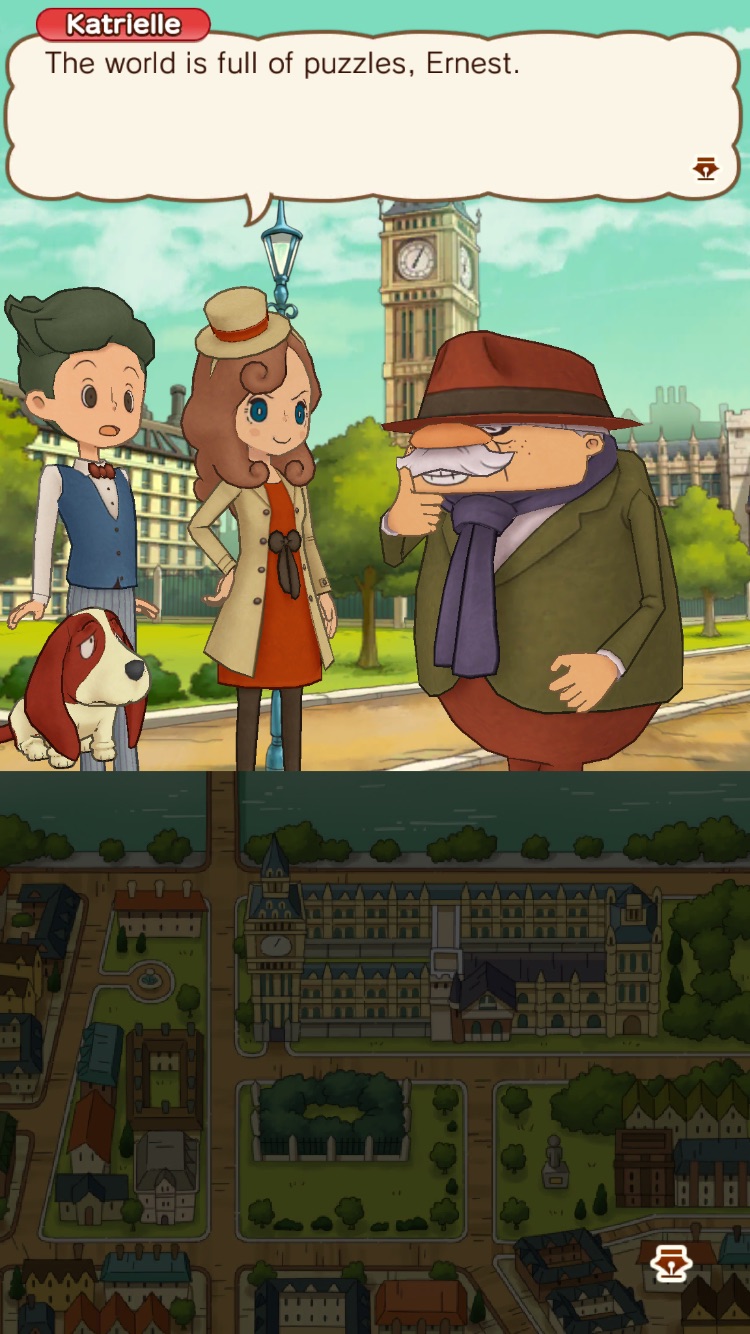 Unfortunately, Layton’s Mystery Journey is bereft with problems. To start with, the tutorial is unbearably slow and pandering. It takes soooooo long to get to the meat of the game, with way too many plodding dialog bits to wade through just to learn how to do something simple like zooming in on a location to investigate. Yes, it’s important to teach people how to play the game, but these tutorials are so slow and meticulous you’d think they were written for a toddler — which makes zero sense when you consider the difficulty of the puzzles. Or, you know, the fact that there’s extensive amounts of reading.

Said reading can be a pain in itself, too. Some of the puzzles and many of the hints are phrased very, very awkwardly. To the point where it makes figuring out puzzle solutions significantly more challenging than it needs to be. Heck, there’s an early puzzle involving the weight of two piles of sugar that I still don’t get, even after completing it. The way many of these things are worded is frustratingly and needlessly obtuse. 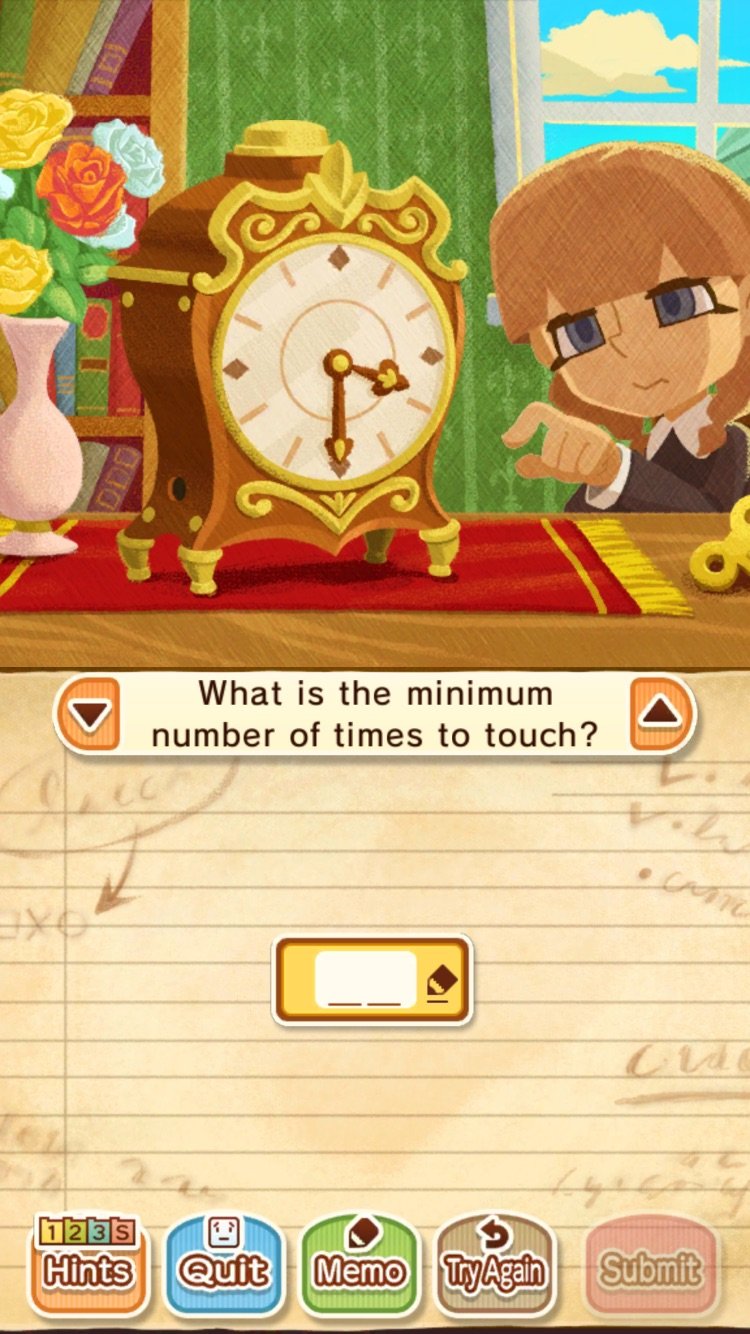 As for the puzzles themselves, well… they’re just not fun. The riddle-like puzzles are annoying, and the regular puzzles are underdeveloped and dull, so I’m left dreading every time a puzzle shows up in the game because I know it’s either going to be a boring slog or an inadequately explained mess. This is a puzzle game, and the puzzles are the worst part. That’s just not acceptable.

I hate that I hate the puzzles in Layton’s Mystery Journey, because I like almost everything else about it. It looks great, the characters are fun, the scenarios and cases are charmingly whimsical — but the puzzles are either boring and frustrating. Maybe the series has always been like this. I’m not experienced enough to know. But after Layton’s Mystery Journey, I certainly don’t care enough to go back and find out.