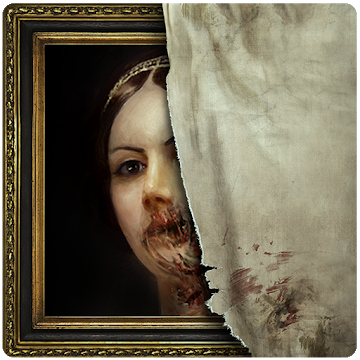 Horror and walking simulators go together like bread and butter, as we’ve seen from the likes of SOMA, to a lesser extent Gone Home, and now Layers of Fear. It’s a combination that makes sense. In a genre that lacks any form of genuine interaction aside from opening doors and reading letters, it feels right that the world interact with you instead. And what better form of interaction than scaring the life out of you?

In theory, it’s absolutely sound. But, in practice, it doesn’t really work out for Layers of Fear. While it gets loads of points for its lovely visuals, emergent storytelling, and attention to detail (we particularly appreciated the fact the protagonist actually walks with a limp after learning that he’d got a prosthetic limb), it’s not actually all that scary.

It also doesn’t help that Layers of Fear pretty much plays all of its cards right away. The main bulk of its attempts to scare you involve the scenery changing around you as you progress, and things being behind you when you turn around – both with audio cues.

The first few times either of these things happened – be it a door slamming shut as I approach it or books falling off a shelf behind me as I turned around – I’ll admit that I jumped like a baby. But as the story progressed, I learned to expect it. I’d walk into a room, look for the interactive element the game wanted me to find, and wait for the scary thing to happen. Rinse and repeat.

The story itself, while completely wrapped in clichés (alcoholic husband struggling with creativity: check, couple desperately wanting to have a baby: check), isn’t entirely without merit. It drip-feeds little details at you constantly, both with notes lying around the house and pictures and visual clues dotted around. We thought the notes might get a bit much (who writes and scatters around this many deeply personal notes, anyway?) but the fact that the game references the sheer number of notes from the get-go actually warmed us to them.

Layers of Fear is split up into a number of different chapters, with each resulting in you adding a little bit more paint to a canvas. This hub room also helps keep track of the plot so far, with notes and pictures you’ve found so far, dotted about. This is a particularly nice touch, as it gives you a bit of breathing room between the action, and lets you absorb pieces of information you might have missed.

But it’s Let Down by Some Disappointing Attempts at Horror

But, admittedly, you might struggle to motivate yourself to see it to the end. Unlike Gone Home, Firewatch, or What Remains of Edith Finch, there’s not a whole lot of variety in the environments you explore or what you end up seeing or doing. Even after the first chapter alone, we felt like we’d seen enough.

If you’re already a fan and fancy double-dipping, mobile might not be the best platform for it either. There are two different control schemes: tap to move or virtual controls. Virtual controls just got the edge for us, even though it is incredibly fiddly. Moving around is fine but interacting with the various objects can be a bit tedious, as the game regularly struggled to figure out what we were trying to do.

There is partial controller support, which was a lot better, but for whatever reason you can’t use the menu screen with it, and the virtual controls remain on screen. It’s a real shame because using a controller is the best way to play Layers of Fear by far, and we were very disappointed that controller support was so lacking.

Overall, we’re of two minds about Layers of Fear. It’s a decent enough walking simulator, with gorgeous visuals, up to 10 hours of gameplay, and terrific emergent storytelling and attention to detail. The touch controls, and a lack of genuine horror and variety do taint the experience though. Ultimately, mobile isn’t the best platform for it unless the controller support is improved.