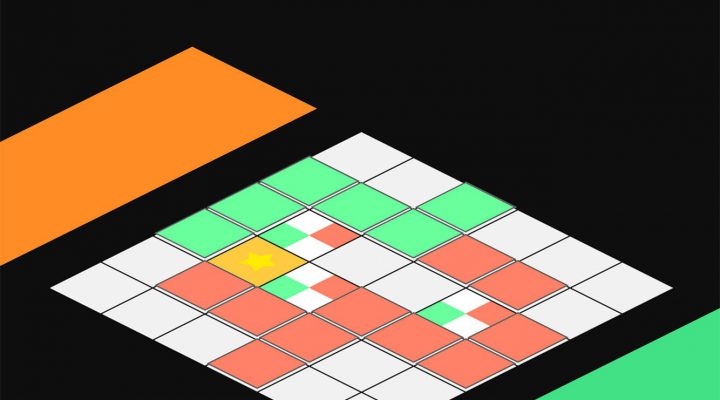 Simple to learn, but challenging to play.

A clever and calming puzzle game.

The undo function only goes back one step.

Layer from Gamenauts is accurately described by its tagline: “Simple is hard.” It’s true. “Simple is hard” applies to a lot of tasks in life, actually. Have you ever tried to thread a needle? Easiest job in the world on paper, right? Have fun actually doing the deed, though – especially after eating six brownies and drinking three cups of black coffee.

But unlike most things that are simple-hard, Layer won’t infuriate you. In fact, it’s a very calming puzzle game that still offers enough of a challenge to keep your brain on alert while you veg out. It’s difficult for puzzle games to achieve that happy medium, so kudos to Layer. 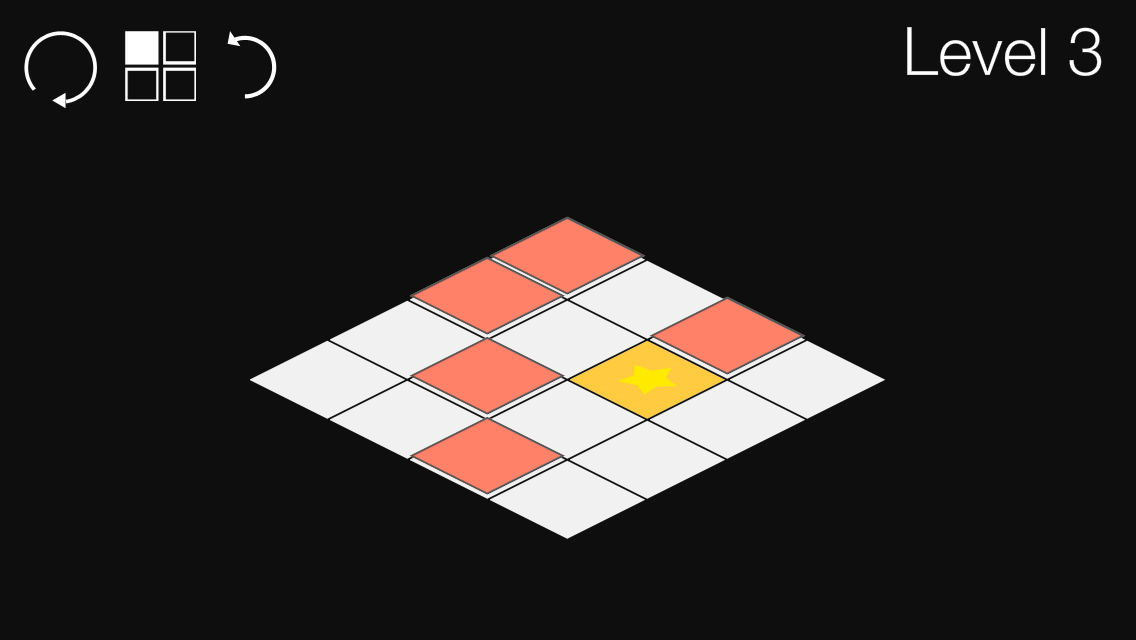 Each level of Layer features an isometric grid covered with colored tiles. The object of the game is to work through each level by stacking all the tiles into one happy group. This is done by tapping adjacent empty areas. If you perform your task correctly, you’ll have a single pile of tiles.

But being correct is one thing. Being exceptional is another. The real challenge in Layer is herding your tiles so that they stack on the single star-spot located in each level. This takes foresight as well as trial and error, especially when later levels add gimmicks like color-shifting tiles.

Collecting star-tiles is necessary if you want to unlock all of Layer’s level packs. This is arguably the game’s only real weak point. Even though Layer aims to relax you as well as challenge you, it’s kind of a downer to finish a level and ultimately be told “Yay! — but if you didn’t collect the star, there’s really no point, is there?”

So once more you jump into the fray. Sometimes you re-think your strategy, and sometimes you poke around blindly in hopes of hitting the right tile. There’s an Undo function, but unfortunately it doesn’t take you back more than one move. So you find yourself hitting the “Retry” button as you wind up useless orphaned stacks that can’t move anywhere. 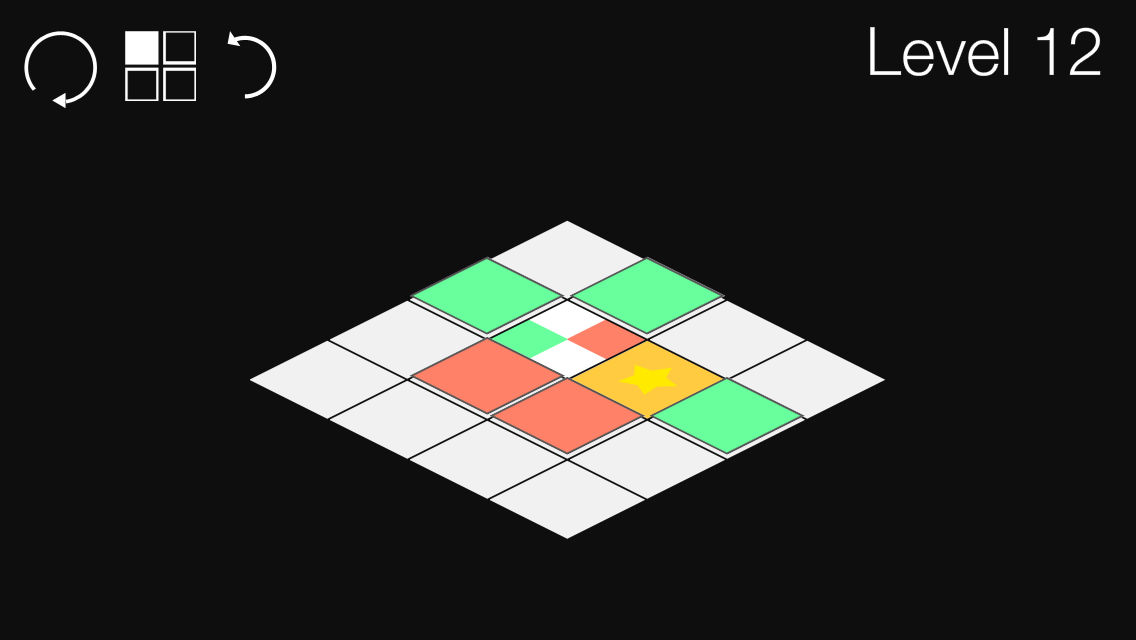 Having to hit “Retry” gets a bit old because you’re subject to the game’s board-clearing animation again and again, though the annoyance is tempered by the soothing plastic sound of the cards re-shuffling. In fact, Retry’s graphics and sound are pleasantly and serviceably simple. All you need is that white grid, that black background, and those pastel-colored tiles. All you need are those addictive beats that relax you while simultaneously pushing you forward.

Layer wields simplicity effectively and efficiently to deliver an experience that’s simultaneously simple and complex in every regard. It has one foot (and one colored tile) in each world. If you’re in need of a puzzle game that challenges without infuriating, and relaxes without lulling you to sleep, this one’s got layers.