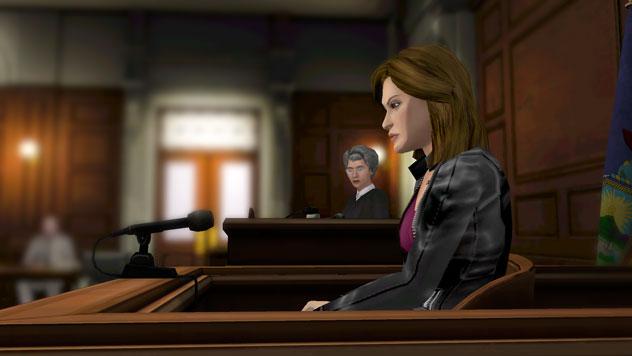 Telltale Games has been on a roll lately. First they make releasing games in episodes a legitimate venture. Then they went and snatched up a bunch of solid licenses perfect for point and click adventure gaming like Jurassic Park, Back to the Future and Sam & Max. Now they’re moving into the crimesolver gaming space with Law & Order: Legacies, and premiering on iOS to boot!

As stated in the intro, Law & Order: Legacies is a game told in episodes, with each one focusing on a different murder, pretty similar to the TV show. You can buy them individually, or later on when they’re all released in one bundle. As of this writing only two episodes are up for purchase, with more to come.

I can’t speak to how well the game presents the characters or style of the Law & Order TV shows – having never seen an episode, I’m just no authority on it. But what little I do know about the show is in there. The cold open with voice over, the show starts with a murder being discovered and some witty banter between detectives. Then you even get the opening credits, just like the show.

The game then plays though an entire case, broken up into little sequences that vary up the gameplay as you investigate, question witnesses, and explore areas for evidence. There are a few different types of games folded into one, and all the individual parts work, well which is always a potential danger when you try to do too many different things.

At the core of the game is one of Telltale’s specialities, dialogue. You’ll be questioning witnesses, accusing suspects and discussing the case by choosing your responses and topics of conversations from a list, then listening to your target for clues. It’s really well done and leaves you with a good “there’s going to be a quiz on this later” feeling of really listening to all the little details. Though in a nice little touch, not all of the conversation topics are important – there are a few red herrings thrown in there just to keep you on your toes. 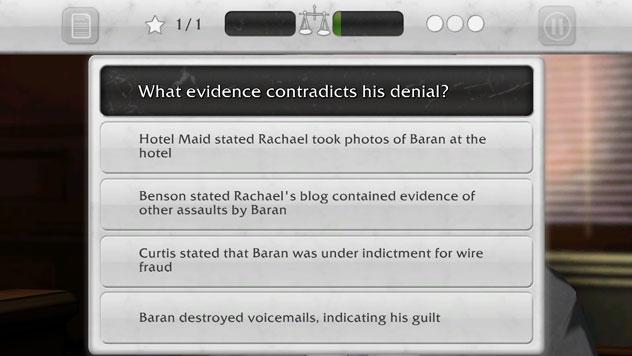 Did she say her nametag said Rachel or her ID? Does the victim not have a boyfriend or were they fighting? Those little details can reveal that your subject is lying right then and there or maybe later on. Everything they say can surface back up when dealing with other aspects of the case. You can look at a transcript of what was said at any time, but it’s a lot more fun and investigator-like to try and go from memory (to me anyway).

Sometimes the conversations will freeze and you’ll be asked a question like “Is this person lying?” and after you pick your answer, you’ll be asked to provide evidence one way or the other. Or you could base you belief on previous answers being honest, or that the person would have no reason to lie. The answers aren’t always just totally black and white. Answering correctly increases your detective score to show you how well you do.

Besides conversations you’ll also need to sometimes gather evidence and that’s done via a ron-of-the-mill hidden object mini-game. You’ll examine areas and then circle items to retrieve or look closer at them. It serves well to break up the lengthy cut scenes and conversations between player input, but I found a few areas to be a little dark, and it’s hard to know what to circle to pick up and what to try and look behind. 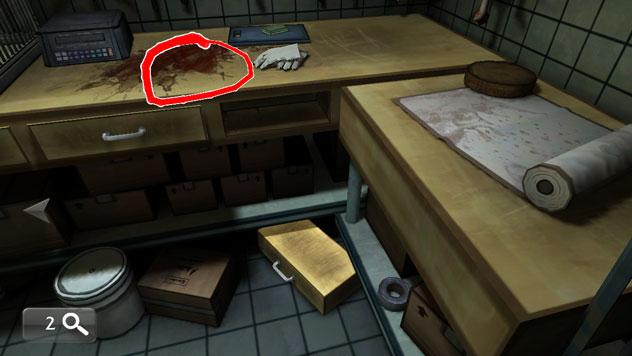 If there’s a downside, it’s that the game is more of a guided experience or interactive story than it is a game. You’ll have zero control over moving characters around. The conversations and evidence areas you go to are set and just play out, your part comes in when you need to choose the order of topics and deciding whether people are lying or not or whatever. While this is sort of a bummer on the gameplay side, it does allow for a better narrative since the story moves along at the proper pace.

I’ve always been a big fan of the Telltale Games style, and really wanted to believe that their missteps with the Jurassic Park game were just a fluke. Law & Order: Legacies goes a long way to putting my mind at ease. It’s a well produced narrative filled with interesting dialogue options that really makes you feel like you’re investigating.