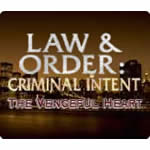 As traditional CD-ROM publisher Legacy’s most recent (and major) foray into online game distribution, the title – opening entry in a four-part serial – proves surprisingly adept for an Internet-ready diversion.

No surprise there, though. A quick peek reveals it’s an enhanced, more user-friendly version of the recently released retail edition, which now offers an ever-present hint system and pop-up tutorials.

Meaning, of course, that as with the best crime novels, the outing is simple enough to pick up and get into. It’s putting the virtual page-turner – portrayed here as a mind-bending 3D adventure explored from a cinematic perspective – down that’s the difficult part.

Regular viewers will happily note that the tale follows the exploits of show headliner Det. Robert Goren, voiced by and modeled after actor Vincent D’Onofrio. While partner Alexandra Eames (played on TV by Kathryn Erbe) is MIA, a further cameo by performer Jamey Sheridan as Capt. James Deakins does add authenticity.

Your current assignment: Solve a brutal beating that’s left a respected banker dead and suspicions lingering. How to do so? By visiting scenic locations such as spas, crime labs and cafes where you’ll search for clues, interrogate witnesses and recover hidden evidence.

As a slimmed-down version of a standard retail package, play will prove instantly familiar to dedicated enthusiasts. Others may find the setup slightly disorienting. Rather than confining the action to a single playfield, as do many online diversions, The Vengeful Heart instead spreads the excitement across multiple locales, menu screens and dialogue trees.

Thankfully, mastering the basics is a snap.

Simply position the mouse and click to move Det. Goren to various destinations around each eye-catching setting. One’s cursor will further change color when items of interest are highlighted. Clicking on an object in turn brings up an easily-interpreted, icon-based interface that lets you examine, use, collect or analyze each specimen. Highlight a specific person, and you can also chat with them or run a background check.

Conversations are handled somewhat differently. Before asking questions, you must choose a topic from several predefined options then select an attitude to adopt, with choices ranging from confrontational to empathetic.

Make the right picks, and a green, circular meter grows while artfully delivered voice-overs or subtitles provide added case info. (A full meter indicates a witness’ usefulness has ended; if it hasn’t, be sure you question them again later for additional info.) Goof up, and a red meter fills, indicating that you’d best try again using a different approach.

Canned responses and associated need for backtracking aside, the system serves its purpose. Ditto for a handy PDA that lets you access inventory items, peruse case logs and scrutinize evidence in-depth. Moving between locations, which are added to the device’s map screen when available, is painless too – just click to arrive at your destination.

Managing leads, remembering to check cell phone messages, interacting with medical examiners and composing psychological profiles – just a few tasks you must juggle – can be a handful, though.

After all, the game’s difficulty doesn’t come from the quality of its brainteasers. (Reassembling murder weapons and combing backgrounds for a single highlighted object isn’t rocket science). Rather, more often, it’s the possibility of overlooking clues offered in passing conversation or forgetting to check in with a contact that’ll leave you stumped.

Then again, hints are always available. Hit a dead end, and you can usually pick up the scent again just by retracing your steps too.

Nevertheless, The Vengeful Heart delivers that much more impact for the effort. Not to mention just the sort of suspenseful thrills that’ll have armchair sleuths’ sixth senses tingling with anticipation.