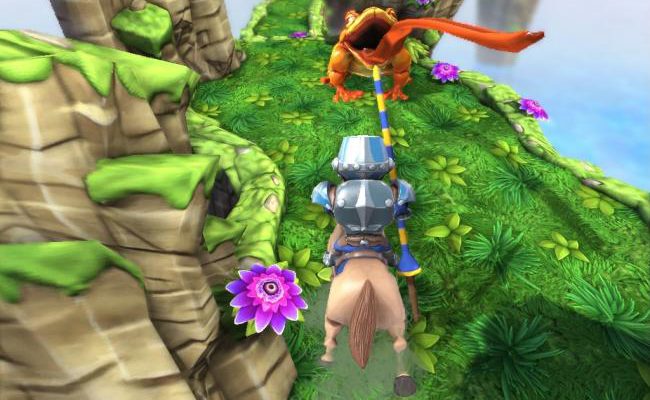 These days, endless runners are a dime a dozen on the App Store. From fast-paced natural disaster adventures to harrowing escapes from a zombie apocalypse, it seems like we’re always running away from something. But Last Knight is more than just a clever play on words: it shows the height of what an endless runner game can be like, and proves a formidable opponent to even the best of titles to come from the genre.

Powered by Unreal Technology, the graphics in Last Knight are absolutely astounding. From the vibrant castle gardens, to the dense and mossy forest, to the sparkling rocky caverns, you’ll never tread the same ground twice, and the colors pop at every turn. The story is lighthearted and fun, as your knight goes through his training and sets off to save the kingdom.

However, the game uses a confusing menu design that throws players into the game’s Endless Mode as soon as they hit ‘Play.’ It took me about an hour to realize that if you hit the menu button during Endless Mode, you’ll be taken to the actual menu screen, with an option to play Last Knight’s crowning achievement: Story Mode. I thought it was a little weird that Story Mode would be hidden away like this, especially since Endless Mode is the more difficult of the two, and offers zero preparation for the game’s tougher elements. There’s also not as much depth to Endless Mode, other than trying to top your last score.

But it is Story Mode that separates Last Knight from the sea of endless runner clones, by using checkpoints and levels like a platform-adventure game. It makes you feel like you’re actually going somewhere, and not just running in circles on a loop of repeating backgrounds. The progression of environments is very well-paced, and each location flows naturally right into the next. The first few stages serve as the game’s tutorial, and set the rules for all the different gameplay mechanics you’ll encounter on your quest, like moving, jumping, and of course, jousting.

The controls will be familiar to you endless runner veterans out there: swiping left or right strafes your horse from side to side; swiping up lets you jump; and swiping down lets you ready your lance. But when you’re forced to jump through sprawling hillsides, slash through spiders, all while avoiding rocks and boulders in the same lightning-fast instant, things get complicated real fast in this briskly challenging game. But your many deaths will just be more of an incentive to hit that ‘Try Again’ button, rather than finding something easier to play. 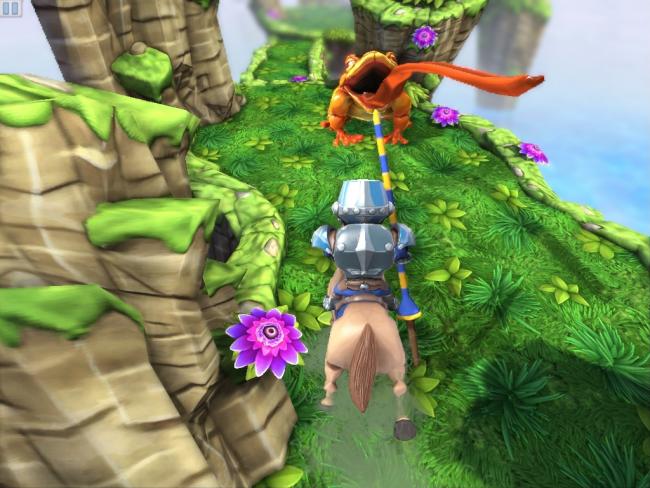 Jousting is an incredibly rewarding combat system that feels great when you get it right, and painfully unforgiving when you mess it up. It’s all about timing here. If your opponent raises their joust before you, your knight is pretty much toast; but if you raise your joust too early, then you risk ending your attack before you even reach the opposing knight. This adds an incredibly layered strategy to the endless runner game. There are other uses for your jousting as well, such as knocking down trees to ride your horse across gaps, or taking out those giant toads that are so intent on licking me up in Chapter 4.

In later stages, the difficulty ramps up to almost rage-inducing levels, where precision and quick thinking are key, and the slightest slip of your thumb could end in a nasty collision (you’ll see what I mean when you get to the Cave levels). But when the going gets tough, Last Knight gives you an array of awesome power-ups to make the tough get going. From the Big Boom Cannon that has your opponents’ lances snapping like brittle chopsticks, to the Unicorn Rainbows that form rainbow bridges over gaps and small obstacles, the power-ups are all wonderfully imaginative and an absolute joy to see in action. After unlocking each power-up, you can then use your points to purchase additional upgrades for each one, up to three times. 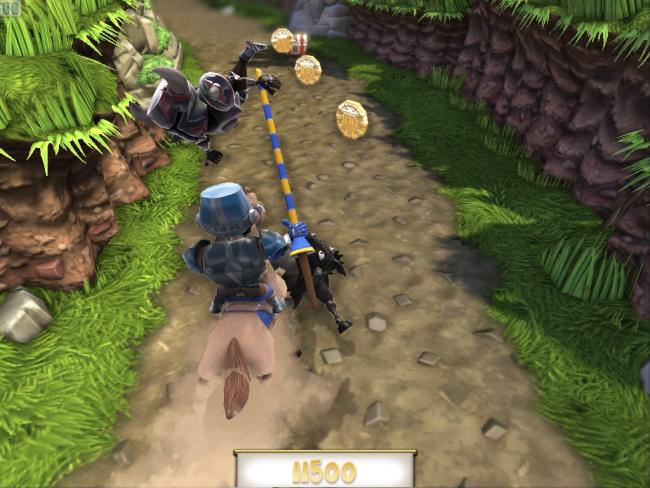 I do have to mention a few major bugs and technical glitches I encountered in my time with the game that prevented me from giving it a 5-star review. The biggest cause for concern is that my progress and gold medals were deleted on three separate occasions. Every time I left the game, the Chapter Select screen would not function properly upon my return, and no longer let me switch between the stages I had already conquered. There was also one time where the ground literally just disappeared from under me and ended my run without warning. These glitches can be especially frustrating on later levels, but the game is short enough that replaying certain stretches isn’t too big of a turn off. Plus, it’s nothing that a simple update couldn’t fix.

Despite its technical hiccups and the odd menu design, Last Knight is still a fantastic romp through a vibrant medieval kingdom, with eye-popping visuals, incredible challenges, and just all-around fun. If this is the future of endless runner games, then sign me up, because I’m on my way to buy a new pair of running shoes.