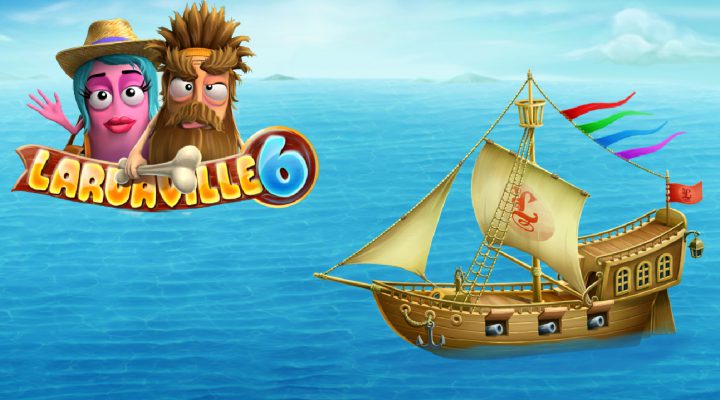 Gameplay that's easy to pick up but still satisfying.

No real must-see features to pull you in.

Uses a lot of assets from previous titles.

So, who’s up for a little treasure hunting, match-3 style? The Laruaville series continues with the sixth installment in the puzzle franchise, bringing more of the same swapping action set in an adorably sweet world. This time around we’re on a hunt for buried treasure. Pirates have hidden all sorts of gold beneath the grass on this lonely little island, and the only way to find it is to start making matches and see what happens.

As always, the central focus of Laruaville 6 is making matches. Click to swap tiles on the grid, moving them around to create groups of three, four, or five identical tiles in a row. Smaller matches simply remove objects from the screen, but if you make a larger match you’ll create a grand power-up. Laruaville 6 keeps things dramatic with three-in-one items that rotate between various types of abilities. Need a quick blast to clear a spot on the screen? No problem, just watch the roulette and click when it appears! 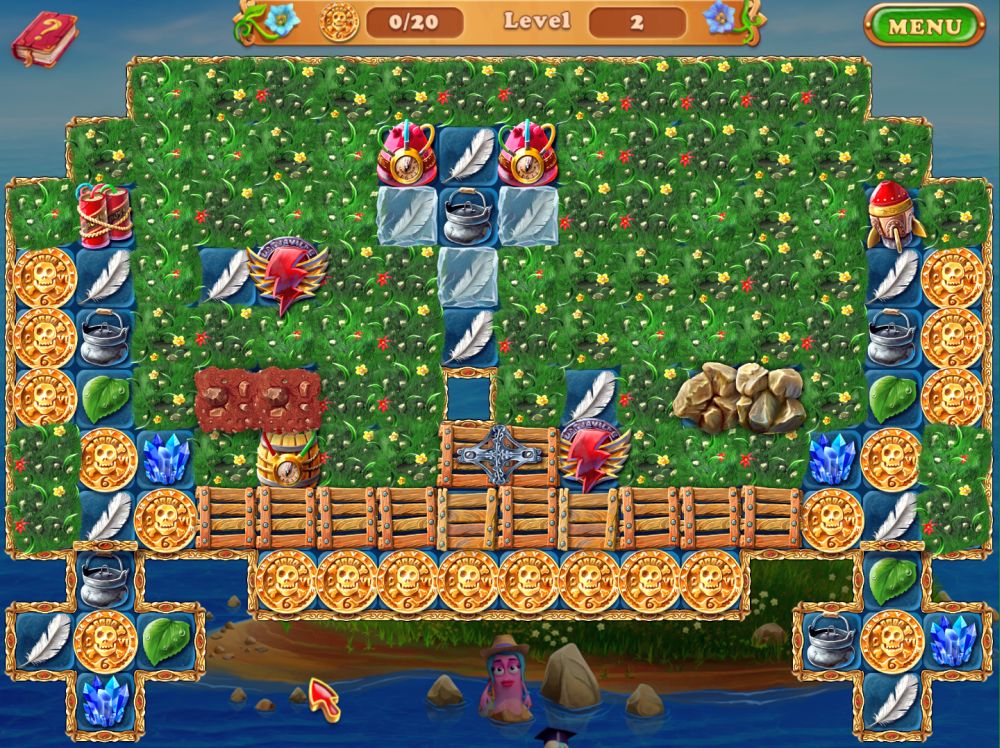 Your match making days are complicated by a variety of blockers and barriers. Genre standards like frozen tiles and clods of soil can only be removed by making an adjacent match. Other obstacles require matches on certain sides or are only vulnerable to a TNT blast, making your job a little more involved. With enough strategic swapping you can manipulate pieces where you need them to be, freeing up the board so you can collect that sweet sweet loot.

Grabbing gold is the central goal of each Laruaville 6 stage. The level doesn’t end until you round up the required number of coins, which usually means you have to blast all of the obstacles into smithereens. All of these tactical blockades make Laruaville sound like a brainy kind of puzzle game, but in reality it’s a simple little match-3 title that encourages fast swaps and casual playthroughs. 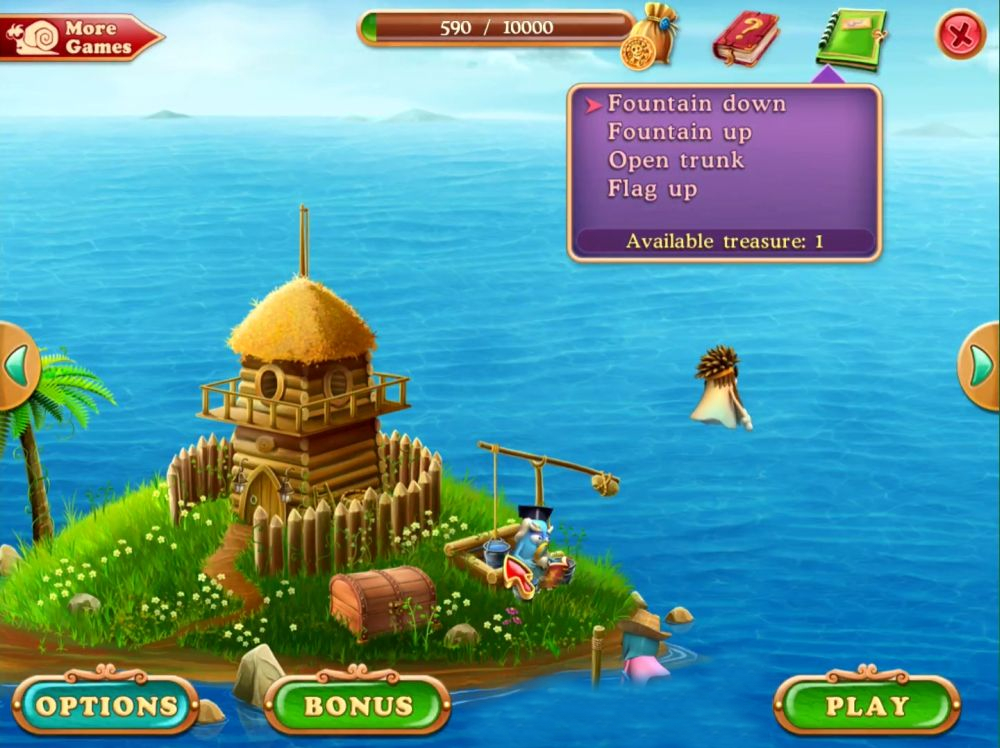 Outside of the swapping frenzy, Laruaville 6 will keep you busy toying around with the villagers’ island and the various structures that get built as you progress. Everyone’s on the lookout for treasure, so each time something new pops up, there might be a new mini-puzzle to solve to get some extra gold. One example of this is the short well riddle that has you clicking the buildings in a certain order for a fistful of shiny. It’s a simple diversion, but an entertaining one.

Like its predecessors, Laruaville 6 isn’t afraid to stick with what works. The gameplay is straightforward and familiar, the puzzles quick and easy to solve, and the power-ups big and game changing. The entire design is centered around just having fun. No complex gimmicks or roundabout tricks to make you think you’re having a good time, just fast matching and little diversions in-between levels. Just the sort of thing you need after a long day of work.