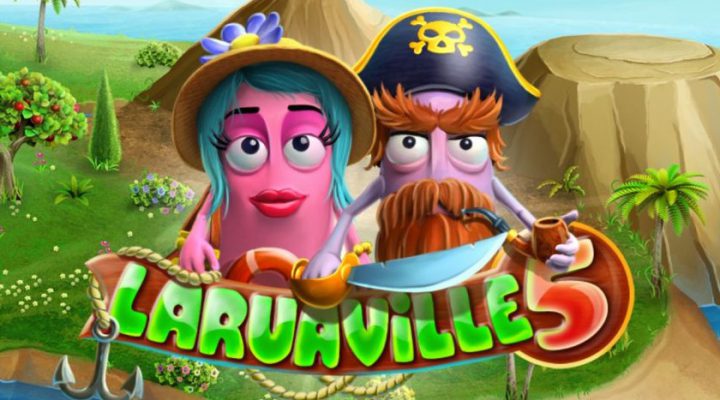 Simple twists on a classic formula makes for engaging gameplay.

Mini-games provide a touch of variety.

Very similar to previous games in the series.

No stand-out features to draw you in.

Welcome to Laruaville, population… well, not that many at the moment. This brand new chunk of land you find yourself on is a sight to look at, but there’s an awful lot of nothing on its verdant hills and pristine shores. It’s time to spruce things up with a building or two, and it looks like the only way to make enough money to do that is to play some match-3 games along with a touch of solitaire and spot the difference puzzles.

Laruaville 5 continues the series’ tradition of bringing something new and interesting to the puzzle matching genre. Swapping tiles is the central focus of the game, and you’ll find it surprisingly easy to get matches of three, four or five identical tiles in a row or column. Getting more is always better, as that creates a block of TNT that can be matched to get rid of tough obstacles and nearby tiles. 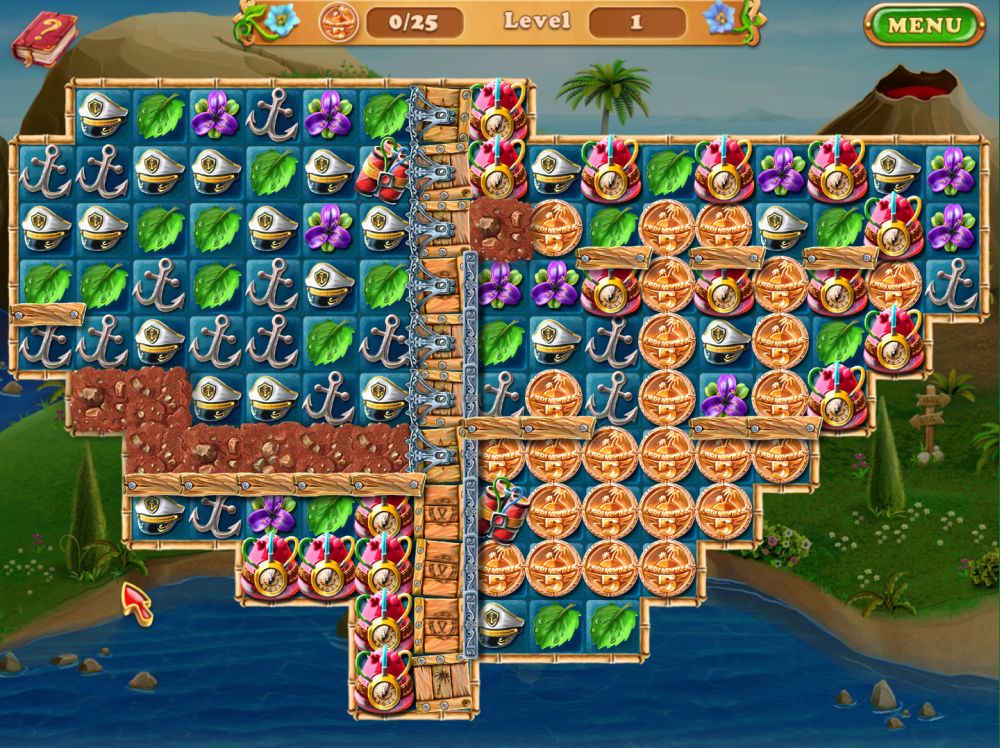 The real meat of the Laruaville experience can be found in its object variety. Most matching games challenge you to make fast swaps to reach a certain points threshold or to beat the timer. Here, you’ve got something of a different goal. To complete the level you have to collect coins. To collect coins you have to make matches beside them. But to make matches beside them, you’ve got to do some serious swapping work to remove obstacles, blast away barriers, melt ice cubes, and so on. Tactics are just as important as skill, making this one of the few match-3 puzzles where you should look before you swap.

As Laruaville 5 progresses you gain more and more complexity. Coins, for example, can be covered in dirt or need to be assembled before you can collect them. Trunks can be cracked open by collecting coins, revealing some nice items hiding inside. You’ll also have to move and fill vials, shoo away bugs, bust open clay and ice barriers with dynamite, and so much more. Laruaville starts off as a match-3 game, but the more you play the more it feels like a casual strategy title with a puzzle matching feature baked in. 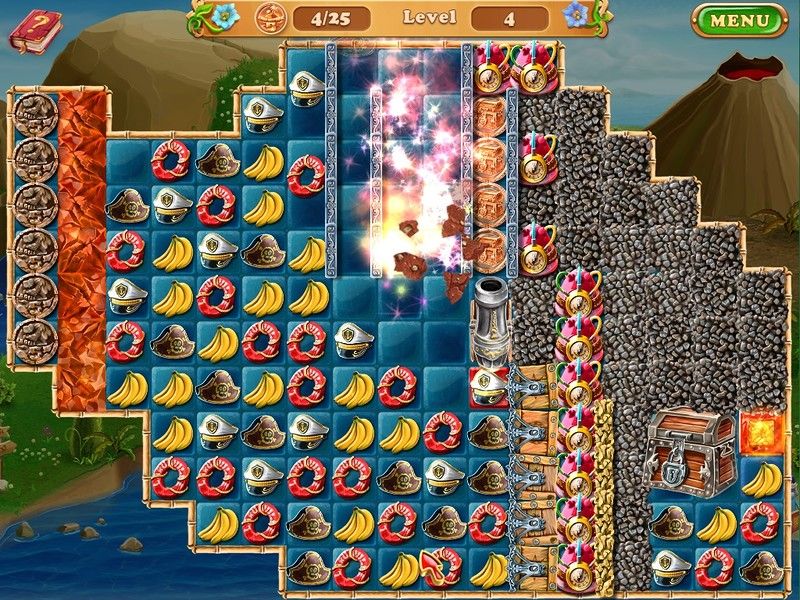 Betweel levels you’ll spend a few moments in the actual Laruaville checking things out and chatting with the characters. You’ll also buy new buildings that help unlock new items for the main part of the game. The story moves along during these interludes, which can be campy and a little drawn out at times but are ultimately enjoyable distractions.

Laruaville 5 isn’t afraid to stick with what works, all in the name of fun. Fleshing out the match-3 formula goes a long way to providing a long lasting experience. It’s amazing what a few piles of dirt and ladybugs can do! The included mini-game distractions also feel like a worthwhile part of the show. You won’t be floored by the graphics or get sucked in by any of the mechanics, but Laruaville 5 will deliver plenty of entertainment.

Nekosan Review: Pouncing Off The Walls