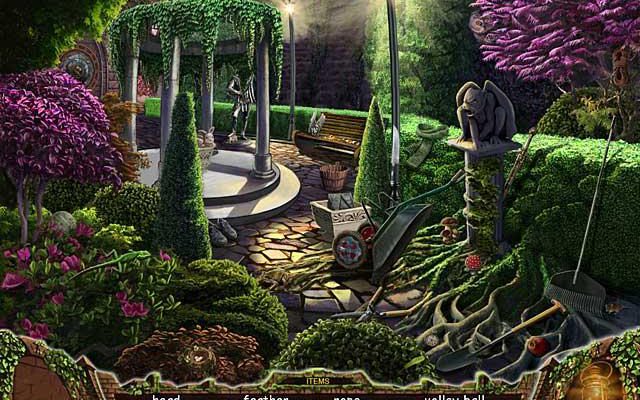 Lara Gates: The Lost Talisman is an incredibly basic hidden object game, focusing on Lara, an anthropologist of sorts, who studies ancient artifacts for wealthy clients. After being hired by a college Dean to investigate a series of six Talismans that he has hidden around campus, Lara quickly discovers that the separation of these Talismans unleashes untold evil upon the world, sending her on a (fairly brief) journey to track down the six and remove the evil before it spreads.

The biggest problem with The Lost Talisman is its graphical design. Each environment has been skewed, with distorted shapes and object models that give off a feeling as though you’re viewing them through a fish eye lens. While I suppose one could get used to this perspective, it is immediately jarring and unpleasant. Fortunately, it doesn’t actually make the game unplayable, as hidden object scenes rarely contain an item that is difficult to find, but you’ll need to accept the fact that you’ll look at things from weird angles that make little sense. 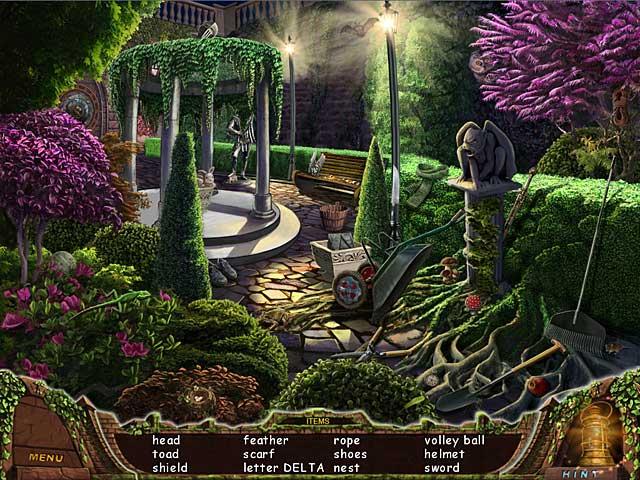 Furthermore, navigation from one area to the next is often unituitive. With the exception of entering doors, you’ll frequently need to click at the bottom or side of the screen to travel back to a previously entered room, regardless of what the location may actually look like. As an example, you’ll find a secret passage into the college’s basement early on, and when you want to travel back upstairs, you don’t click on the massive staircase that envelopes the scene (as you’ve been trained to do in most other games); you’ll click at the bottom of the screen instead.

While the game’s story may play out in a linear fashion, taking you from one Talisman to the next in a particular order, you can freely travel back and forth between rooms at will, which is both a positive and another negative. It adds length to this short game (you can finish in around two hours, depending on how heavily you use the hint or skip buttons), but it also sends you on a wild goose chase, as there is no rhyme or reason present for why you’d need to travel all of the way back to the “beginning” of the game just to pick up a crowbar from a hidden object scene.

As it stands, the items that you’ll gather can be used elsewhere in the environment, and are normally used as the finishing touches in currently broken puzzles. There are the basic tile sliding or rotation puzzles, item swap puzzles (say, for putting books on a bookshelf in the correct order), and valve or other mechanical puzzles, but the only difficulty therein seems to be unintentional. While you normally know exactly what to do when presented with a set of jumbled tiles (go to work rearranging them), there are certain cases where you’re not told the end goal, and only after you’ve started pulling your hair out do you see a very pale, or very small set of words in the far corner of the screen that give you an absolutely necessary hint. 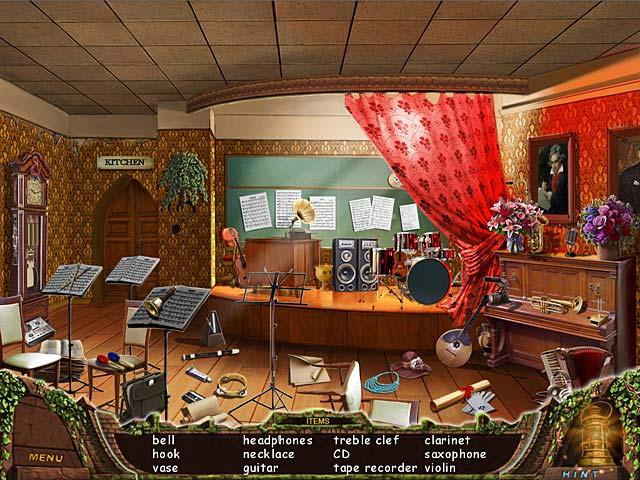 With a different graphical design, and more attention to detail in the in-game instructions (even the game’s journal seems to hold back the hints until you’ve already passed the section they were supposed to help with), Lara Gates: The Lost Talisman would likely be deserving of a higher score. In this current form however, its short length and many problems make this one something to fly through once, and then forget about instantly, or better yet, not even play at all.