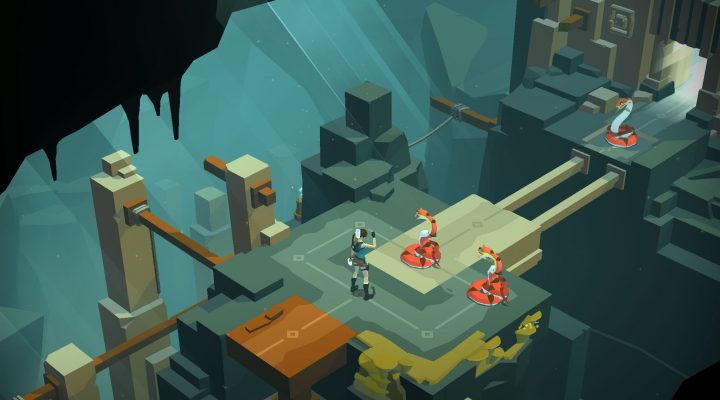 Turn-based Tomb Raider mixes puzzles with a dash of action.

No real stakes since failure just means restarting a level.

Square Enix Montreal has been an intriguing idea factory over the last 18 months or so. Not only did the studio show us less can be more with Hitman: Sniper, it also took Agent 47 in an entirely new direction with Hitman GO. As it turned out, a puzzle-based board game wasn’t everyone’s cup of tea, but it proved popular enough to keep the “GO” brand going with a different protagonist, one who console gamers and Brad Pitt know all too well. Lara Croft GO is just as slickly designed as its predecessor but even more fun to play, improbably turning the Tomb Raider herself into a turn-based adventure hero.

It starts by dispensing with the board game trappings and ratcheting up the atmosphere. While Hitman GO was almost antiseptic, Lara Croft GO feels exactly the way you’d expect: alive, with the art, animation, music and sound effects all working together to paint a picture. There are a lot of times when it pays to have Lara stand still, but everything else is constantly in motion. 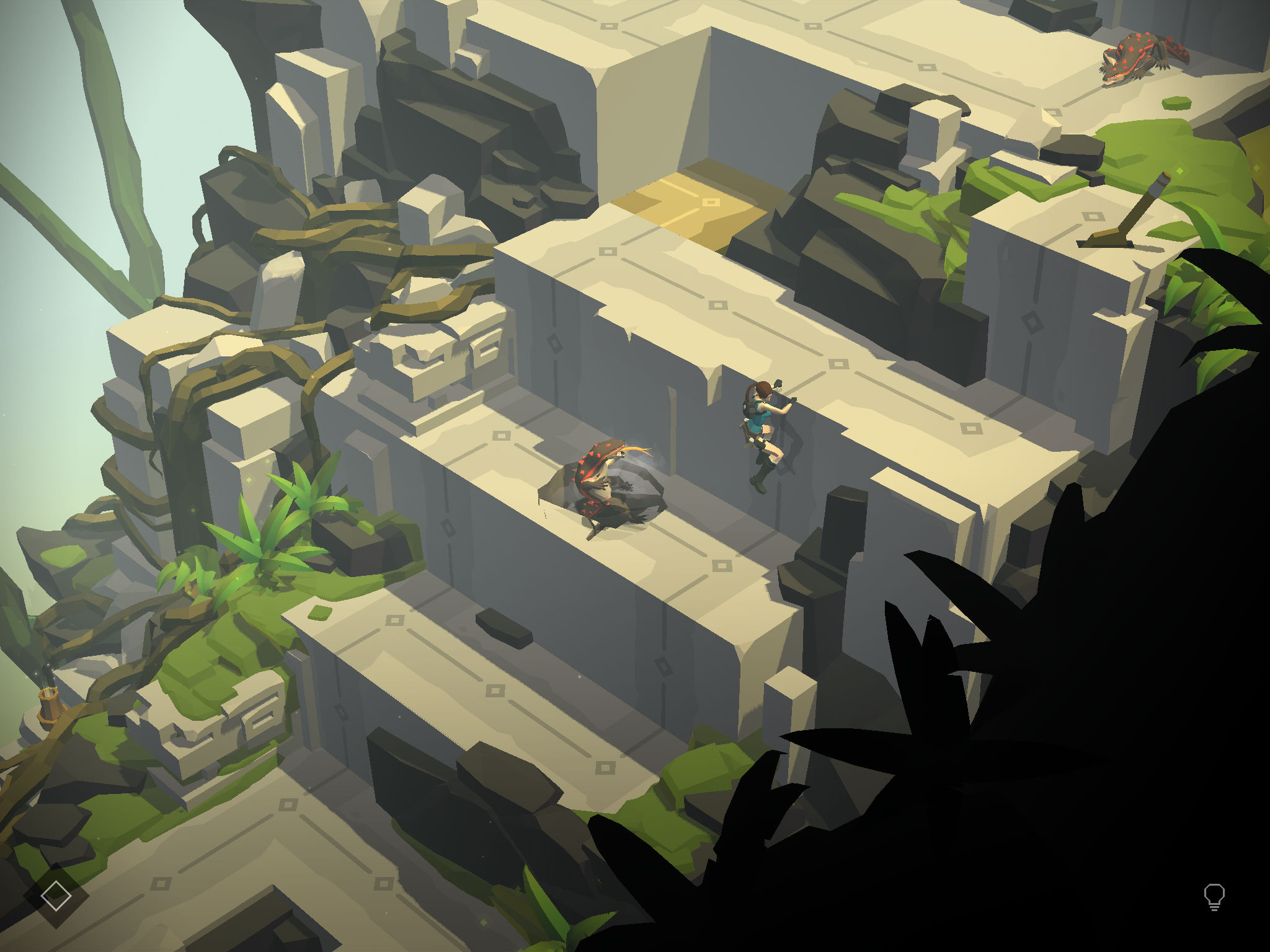 You end up thrown into the jungle right along with Ms. Croft, as the game has no tutorial. If you’ve spent time with the GO version of Agent 47, you probably won’t be surprised to learn that she travels one space along the path at a time, guided by which direction you swipe. Given who we’re talking about, she can also hang from and climb cliffs, pull levers and even wield weapons besides her trusty twin pistols. Confusion can occasionally set in, but trial and error are your friends, and there are visual cues for some possible actions as well.

When enemies appear that Lara can’t simply outwit or outmaneuver, she can take some of them out. Figuring out how to defeat each creature is a slightly different task and would venture into spoiler territory with too much discussion here, but suffice it to say that a frontal assault is pretty much the worst idea every time. This is a puzzle game with action elements, not the other way around.

There’s also a narrative that plays out, albeit one without dialogue of any kind. Without much in the way of guidance other than hand-drawn maps and her own wits, Lara has to find three different keys to unlock the mystery in front of her. Each broader area has its own theme, with five of increasing size available at launch.

The obvious question, especially for those who disliked Hitman GO, is whether that’s enough game for you. The puzzles do get trickier to unravel as you go, though in ways that logically build on what you’ve already discovered. There’s even reason to go back through completed areas a time or two, the better to find all the relics hidden along the way that can unlock new outfits for our heroine. There’s no real price for failure though, as you simply start the level over again. I could see that fact rubbing some gamers the wrong way.

What everyone should appreciate is that while Lara Croft GO would gladly take some more of your money above the purchase price, the game doesn’t go begging for it. You can pay extra to dress Lara in clothes from other Square Enix games, or shell out for all of the solutions to every puzzle if you don’t feel like figuring them all out for yourself. It’s all completely optional, as it should be.

I’m not 100 percent certain this will win over people who don’t find the overarching GO concept worthwhile, but if anything, the execution here is even more impressive than it was the first time out. Lara Croft GO has more of everything, both style and substance, than Hitman GO, and is even cleverer about adapting an existing franchise in a brand new way. You wouldn’t want every Tomb Raider game to be like this, but you should be able to appreciate just how well this one turned out.