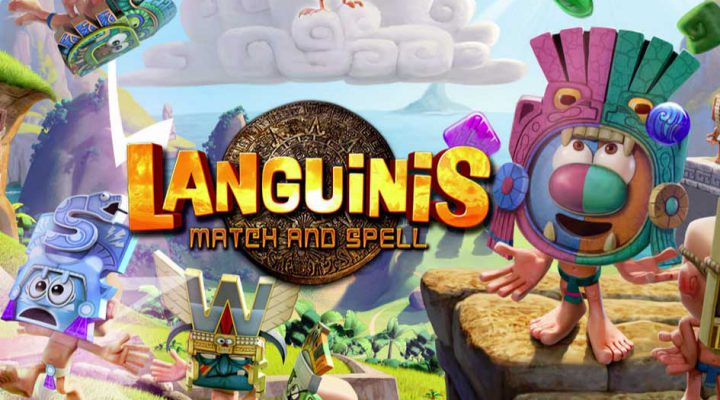 A good choice for players who enjoy Scrabble and Bejeweled.

Nothing impressive, everything about the game is very by-the-book.

Languinis is a spelling game draped over the architecture of a match-3 game. Themed after ancient Mayan mythology, Languinis strives to retain the player’s attention through bells and whistles, but it ultimately falls short, delivering a mixture of two experiences that already have been done plenty of times before.

Players are given a board of colored gems and are tasked with matching the gems together in groups of three. When gems are matched, they are replaced with letter tiles which the player must then use to spell words. Unlike the gems, the letters can be used from anywhere on the board; they do not need to be touching to be utilized. When words are spelled out there is a flash of light, some sparkles, sometimes some lightning, and new gems fall down into the board, ready to repeat the process over again. 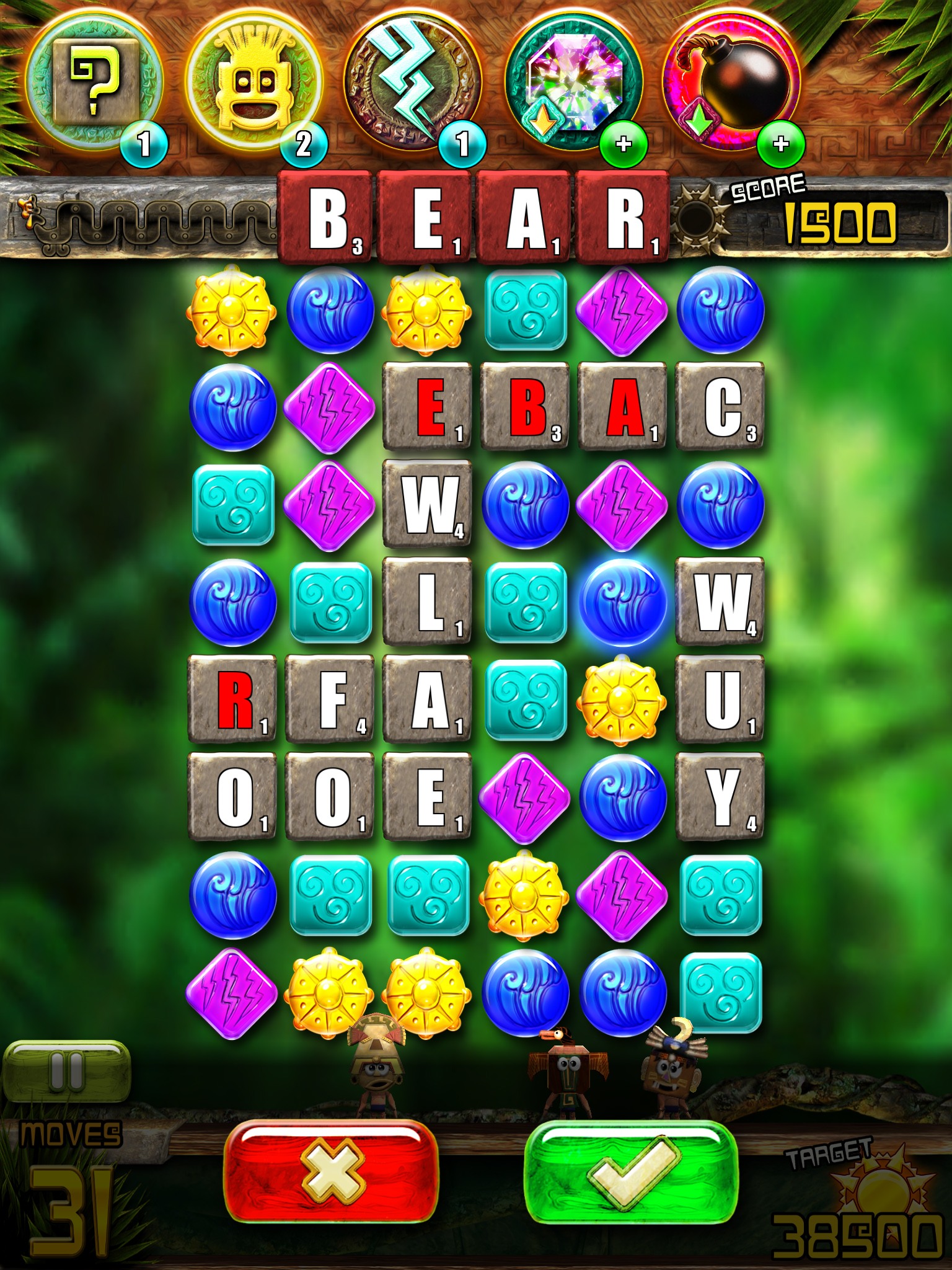 Matching colors nets the player points, and spelling words nets the player even more points. The bigger lineup of matched colors and the more complex the word, the more points are awarded. Each level has a set requirement which must be met in order to successfully complete it. Some levels require you to obtain X-amount of points, others require you to spell X-amount of words of a certain length.

The game can get tricky at times, but there is usually always a three letter word just waiting to be plucked from the board. The downside to playing such short words is that you don’t get very many points from them, nor are three-letter words ever the main level objectives, outside of the initial opening levels. 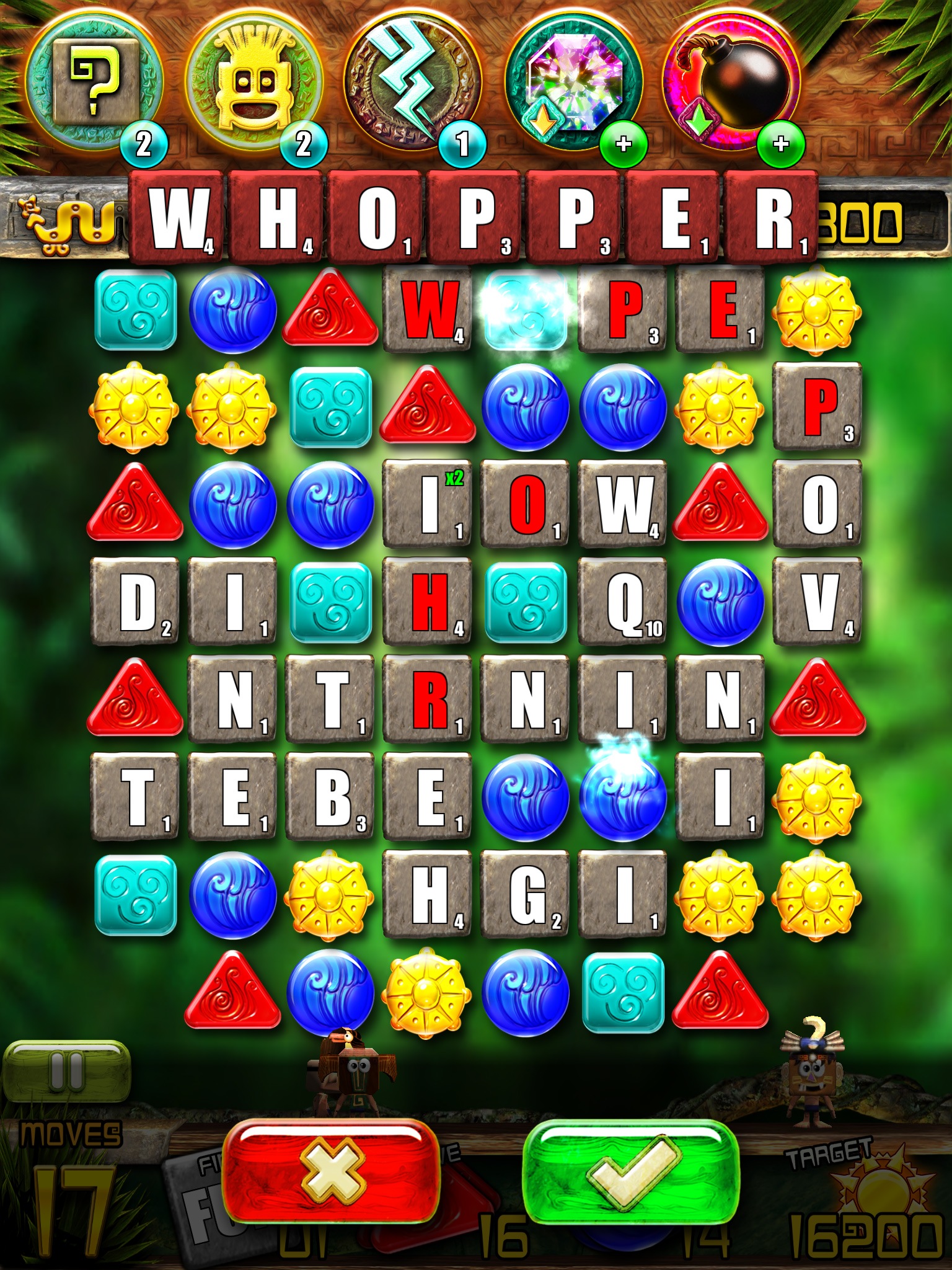 Languinis is essentially Scrabble meets Bejeweled. That’s a description that sounds like it could be rife with potential, but the game felt like it wasn’t sure if it wanted to do one genre or another, so it simply slapped both together; leading to an end result that’s just okay. Everything from the layout of the game to the in-app purchase options feels like it was taken straight out of a textbook. The developers played it safe, and because of that, Languinis isn’t the exceptional experience it could have been.

Once you’ve played one level in Languinis, you’ve played them all. The difficulty increases the further you get into the game, but, predictably, there are in-app purchases that the player can pick up which make the gameplay experience much easier to play through.

There is simply nothing remarkable about Languinis to focus on. It’s two generic gameplay experiences merged together. If you’re still into match-3 games and happen to enjoy spelling small words out, then Languinis might be worth trying. Just don’t expect to spell “revolutionary.”