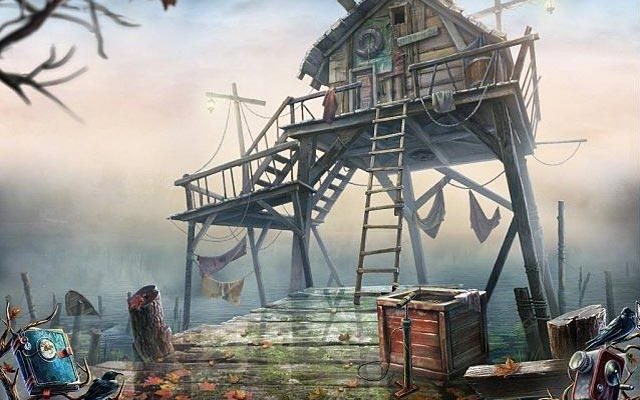 Everyone has their demons. Just look at Henry’s new fiancée Ann, in Lake House: Children of Silence. Ann’s little brother, Tommy, disappeared many years ago when the two were just children. But now when Ann is captured by a mysterious assailant who wears Tommy’s favorite metal mask, this incredible hidden object adventure shows just how easy it is for a person’s past to come back and haunt them.

The gripping story of Lake House: Children of Silence is told through a combination of cutscenes, journal entries, and old reels of film, all of which provide some chilling insights into Ann and Tommy’s unusual childhood. There is an incredible sense of movement to all of the 2D visuals, whether in a character’s face as they speak, or in the little set pieces around the game world itself. For instance, at one point I used a heart key to unlock a gate that was guarded by two Cupid statues. Instead of just having the door open and move me into the next area, I was rewarded with a tiny animation of the two Cupids firing their arrows at the locks and breakingthrough the chains. 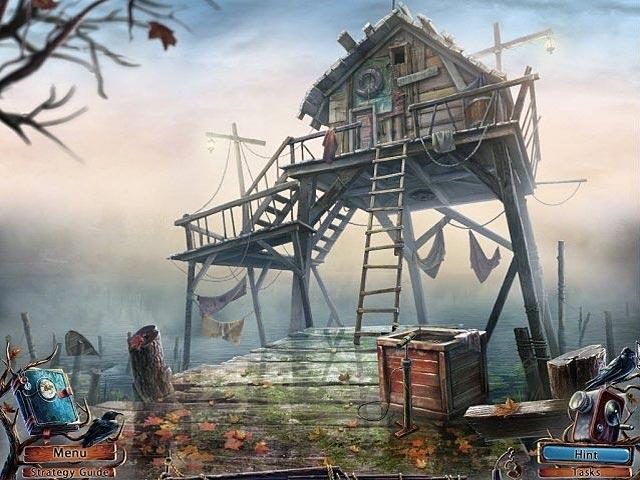 There are many little nuances like this that work wonders towards shaping the game’s atmosphere, from the haunting piano tones in the moody soundtrack, to the misty sea air that lays fog over the streets. The abandoned town beyond the lake house gives way to some truly spectacular locations, like a docked whaling ship, a rundown mask kiosk, and a dilapidated movie theater with tree branches poking through a gaping hole in the wall. And it’s an absolute blast exploring each and every one. I felt an early Silent Hill vibe going on as I played, right down to Tommy’s strange obsession with collecting masks, and the (seriously creepy) child drawings you’ll come across in Tommy’s old room.

Of course, an HOG’s story means nothing if it doesn’t have that perfect blend of puzzles and hidden object gameplay to match. Luckily, the gameplay of Lake House: Children of Silence is nearly flawless in execution. The puzzles are by far some of the most interesting and intricate I’ve ever seen in a hidden object game. From strategically placing fences on a model race horse track so that each horse crosses the finish line at the very same time, to completing a connect-the-dots drawing on a weathered, old chalkboard, you never know what kind of challenge lies in wait around the corner. My personal favorite puzzle has players navigating a tiny figurine through a dimly lit dollhouse, picking up items as they go along, and using those items to get by obstacles like snakes and gorillas so they can reach the next room. It’s a tiny bonus adventure game all in itself, and incredibly imaginative.

However, some of these puzzles like the race horse track can be real head scratchers, and without an in-game hint system to help guide you through them, might be a bit too challenging for some. 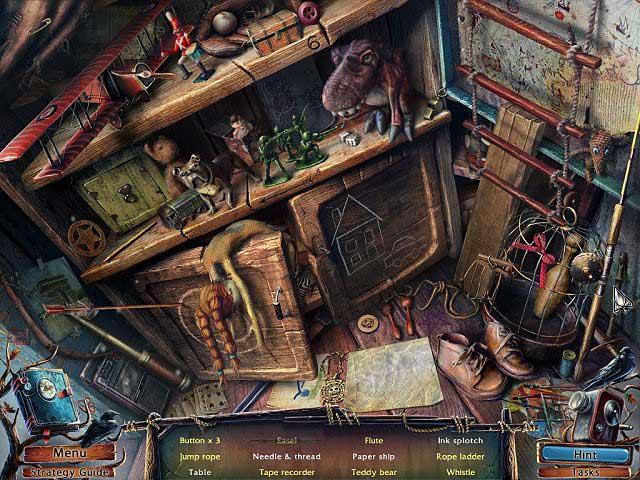 Still though, there is an impeccable balance between the amount of point-and-click exploration you’ll do around the lake house and the number of puzzles and hidden object scenes you’ll encounter. The hidden object scenes are much more of a supplement to the adventure rather than a constant distraction, with a nice interactive element that has you opening up that suitcase or smashing that hourglass with a hammer to cross that last object off your list. They also progress in difficulty the further you go on, with more cluttered environments and less obvious interactive components.

All of the point-and-click solutions are grounded in logic, and will lead to many “A-ha!” moments when you find an object that you know exactly where to use. Backtracking never feels redundant, and the beautifully-drawn world map lets you know which areas still have some unfinished business to attend to. The game’s length is very generous with a nicely sized world, and that doesn’t even include the four chapters’ worth of bonus content you’ll find in the Collector’s Edition. As you’re nearing the thrilling conclusion, you’ll actually find yourself speeding through the game’s final moments, eagerly clicking on objects to see how it all ends. 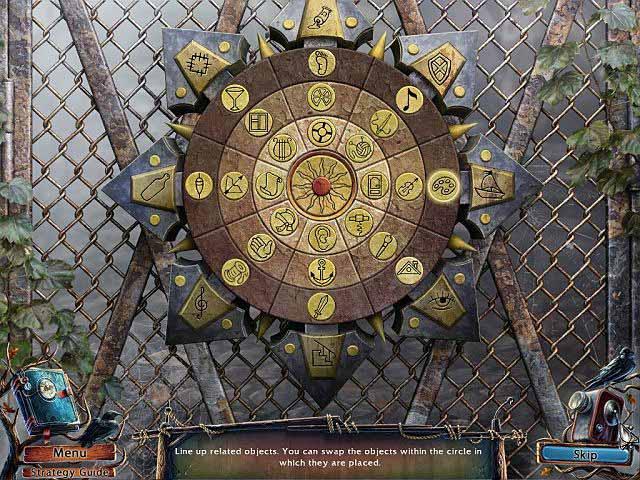 Every once in a while, a hidden object game comes along that stays with you long after its final objects are found. Lake House: Children of Silence is one of those games. From its incredible presentation, to the amazing variety in locations and puzzle design, the unforgettable tale of Ann and Tommy reminds us of what a great hidden object adventure should be like, and offers exciting twists and turns for gamers of all ages.