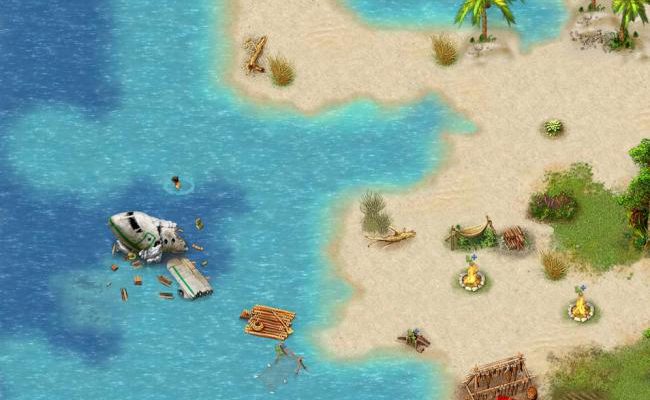 Being trapped on a deserted island is actually kind of fun

It’s a situation we’ve all thought about at one point. What would it be like to be trapped on a deserted island? The strangely titled Lagoonia lets you experience this firsthand as the lone survivor of a plane crash. Using the resources on hand you’ll have to eek out a life, while exploring the island to learn that there may be a bit more there than just trees and sand. The quality of gameplay doesn’t quite match the quality of the concept, but Lagoonia still provides a largely enjoyable experience for those who’ve wondered what it would be like to be a character on Lost. Without the smoke monsters, of course.

There’s a brief comic-book style introduction that outlines the reason you’re on the island, all alone, but all you really need to know is this: your plane has crashed in the ocean and you’re stuck on a tiny piece of land surrounded by a dense fog. In order to survive you’ll need to research and build things like fires, rafts, and hammocks; collect resources like wood, plastic, and hemp; and continue to explore the island in hopes of finding a way home. Most of the quests are simply ways for the game to teach you how to survive, but sometimes they’re related to the story. Early on you’ll start to find messages in bottles floating around the ocean, suggesting that you might not be alone. 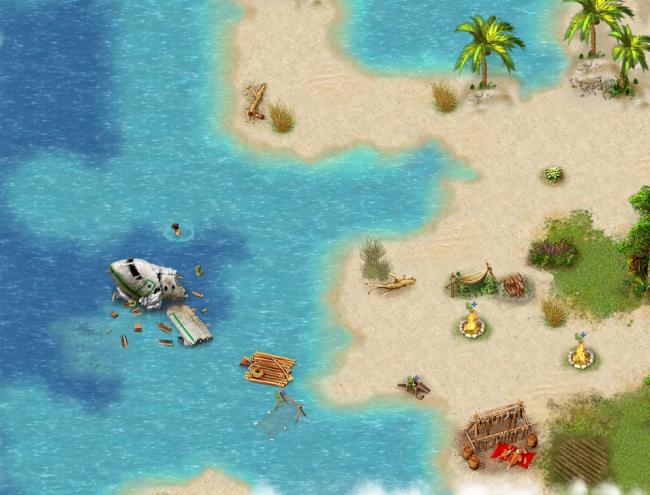 Despite the intriguing set-up, the actual game plays out much like a standard social network game. Actions take a certain amount of time and energy (and sometimes resources) to complete, and as you complete goals you’ll earn experience, which in turn unlocks additional content. The biggest carrot to keep you going, though, is exploring the island. At the outset much of the island is shrouded in a fog, but as you gain levels you’ll be able to open up new areas and the secrets held within.

Lagoonia also takes a novel, and much appreciated, approach to energy. Instead of simply waiting for it to recharge over time, you’ll derive energy from the various things you’ll build, which in turn need to recharge after being used. So you can refresh your character’s energy by lounging around a fire, for instance, or eating some fish. Since you aren’t really limited in how many of these energy producing items you can build, you’ll run out of energy far less than in typical social games. 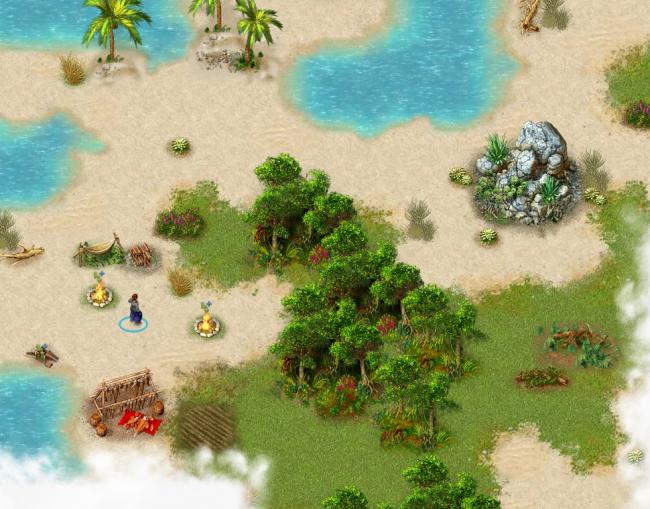 There are some issues though. Instructions aren’t always clear, often leaving you stuck on a particular goal with no real clue of how to proceed. The presentation of Lagoonia also leaves something to be desired. While the island itself looks fine, in a bland, zoomed-out sort of way, the characters are all quite ugly and animate awkwardly.

Lagoonia manages to get its hooks into you early thanks to its mystery. You don’t know a thing about the island and the prospect of exploring it is certainly intriguing. Unfortunately, despite some refreshingly original gameplay mechanics, the actual process of surviving and exploring is much less interesting than it initially appears.