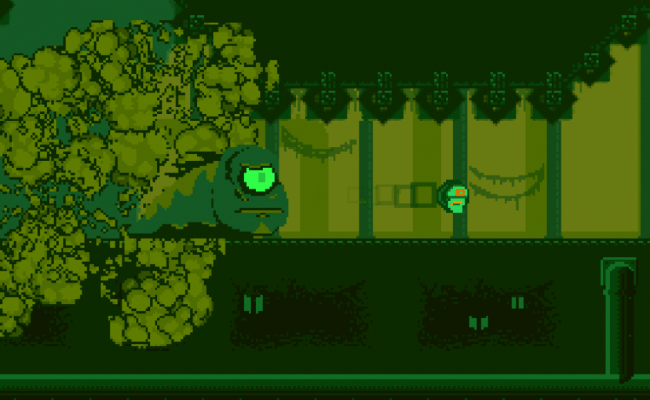 KRUNCH isn’t quite the next Super Meat Boy, but it’s a great effort

I often have this strange urge to play overly-challenging indie games that I know will make me scream out in anger over and over again. Titles like Super Meat Boy and VVVVVV are difficult as hell, yet overcoming them gives me this incredible sense of victory that cannot be matched elsewhere in the video game world.

KRUNCH aims to join these masochistic ranks, delving out gameplay based on quick reactions, serious style, and a whole lot of trial and error. It certainly matches its predecessors when it comes to fun versus frustration, although it does go a little overboard with the latter at times.

The idea on each of the game’s 100+ levels is to reach the end pipe before the walls cave in on you. Or the flames burn you alive. Or a bomb explodes in your face. Or a monster scratches you to death. Actually, there are numerous different ways you can die, and well, you just don’t really want to come into contact with any of them.

As you’ve probably gathered, one of KRUNCH‘s main selling points is that it’s as hard as nails. You will die many, many times – most likely hundreds during a single playthrough – and each time you do, you’ll be told how you died, and how many times you’ve died in that matter. You know, just to sort of rub it in.

This is just one element that makes up KRUNCH‘s well-crafted style, and goes along nicely with the gorgeous lo-fi visuals and a most remarkable soundtrack (although the latter isn’t hugely surprising, given that Disasterpeace of Fez soundtrack fame is on board).

There’s plenty to like about the gameplay too, from the variety in level design, to the brilliantly tense boss rushes. KRUNCH is really in its element when it ties together the need for timing your moves, although with rushing around and only just making it through gaps. 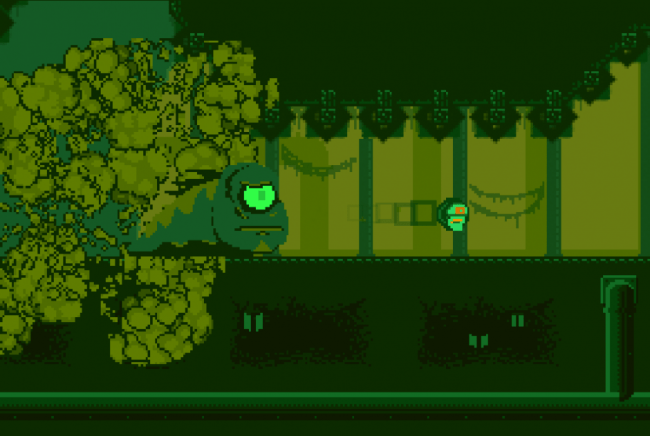 It helps that the health system is really well realized. Your health is constantly dropping, so you need to hurry – but by using the rush button, your health drops more rapidly. And, of course, when you get hit you lose health too. So essentially, you’re always losing a lot of health, and you should really get to the exit pronto!

Where KRUNCH begins to falter is when it attempts to apply slower, tighter sections to its business. You’re occasionally asked to fit through really rather small gaps, and these can be tricky to maneuver given that the controls aren’t really tight enough.

When you factor in the bouncing motion that the protagonist regularly adopts every time you hit a wall, obstacle or – most annoyingly – rotating saw, it can become incredibly frustrating to pass certain sections. In Super Meat Boy or VVVVVV, it was always you to blame for dying, as the controls were so perfect. In KRUNCH, I was often convinced that the controls had a good part in my demise.

KRUNCH is also rather short, clocking in at around an hour of gameplay to finish the entire experience. You can play again to see how big of a score you can get, or how many of the glowing orbs you can gather, but realistically, most people are going to get everything they can out of the title in a single evening.

So KRUNCH is perhaps a bit too brutish for its own good, but that doesn’t stop it being a great title to add to your indie game collection.

Final Fantasy: All the Bravest Review