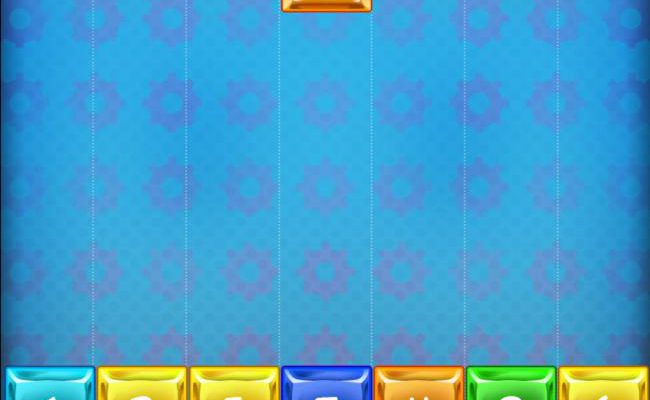 The lack of can koozies is palpable.

KooZac is a match-based puzzle game that seems to be selling itself as a combination of Tetris and Sudoku, which as a fan of both sounds awesome. You’re dropping numbered tiles onto a playfield to add them up to a target number in order to clear them out and gain points. Unlike in Tetris, however, there are only squares – as opposed to varied shapes – to drop; and unlike Sudoku you’re not trying to hit a set sum but a varying and changing number. So it’s really not like those games at all, but is it still awesome?

The goal of KooZac is to clear away blocks and score points by hitting a target sum. Each block has a number and you’ll drop them into the various columns to try and get their sum to add up to that target. Say the target number is 7. You could stack up a 4,2, and 1 or a 3,3, and 1, or any other such combo, at which time the blocks are cleared and you get your points. Have one column reach the top, however, and it’s game over.

There are a few different game modes for you to play, all varieties on that same basic setup. Endless gives you an empty playfield to use to score as many points as you can before one of your columns reaches the top. Puzzle mode starts each round with a few numbered grey blocks on the field that you need to clear to move on.

My main issue with the game is that in order to clear blocks you need to line up two different numbers and make them equal, both a particular stack of tiles on the board and the target number. The problem with that is with zero control over the target number, and having it change every time you drop a new block then you’re not really laying down a foundation or enacting a plan so much as you are reacting and hoping that the blocks you have piled up accidentally add up to the numbers you need.

Say I’m trying to clear a block with a 3 value, the number on the block currently dropping is a 1 and the target number is 6. Obviously I’m not going to clear that tile this time, but do I drop the 1 on top to make it a 4 and hope it’s easier to clear that total later, or just ditch that tile in another column so I can still work with the 3 alone? There’s no way to know for sure, and it hamstrings you from being able to roll out a good strategy. Much like in Tetris you can see a few pieces ahead, both on the tile and target queues, but I found that that only somewhat helps alleviate the problem. 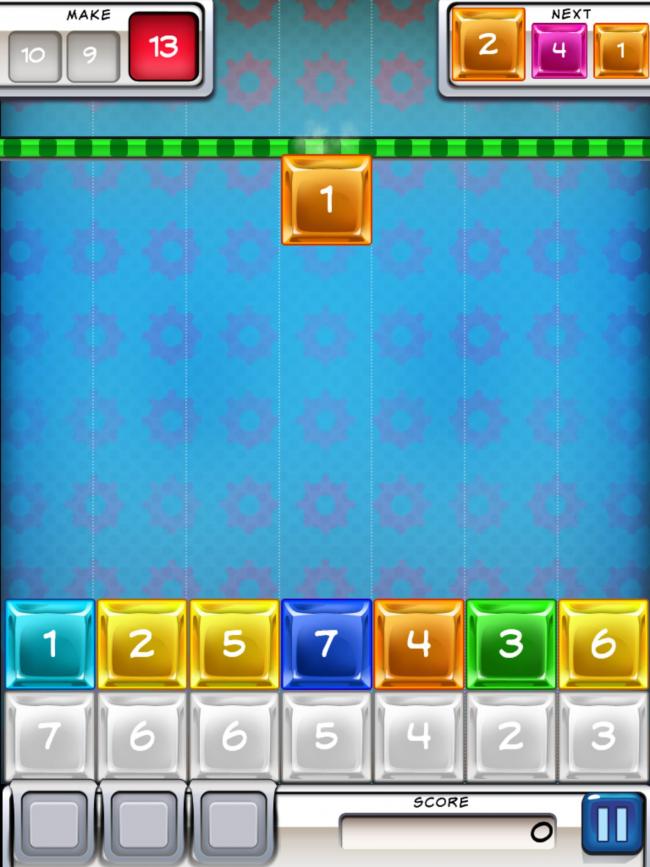 I’m not sure how to resolve that issue (maybe have 1 target number for an entire round), but I can definitely say it kept me from getting truly sucked into the game. I was left feeling like it was decent, but nothing more. It’s a shame because the setup had promise, and I enjoyed the aspect of having to do the quick addition in order to know where to put each falling block.

For my money, a puzzle game needs to tread very carefully once it starts inserting luck into the equation. There’s always going to be a tiny bit of it (like in getting the element you need at just the right moment) but I felt like KooZac relied too much on aspects out of my control. No matter how long I played I just couldn’t get past the fact that I had no power over 50% of what I needed to score points, and had to bide my time and hope it worked out. It’s okay, but it could have been much better.