Home / Reviews / Koi – A Journey of Purity Review: Throw It Back 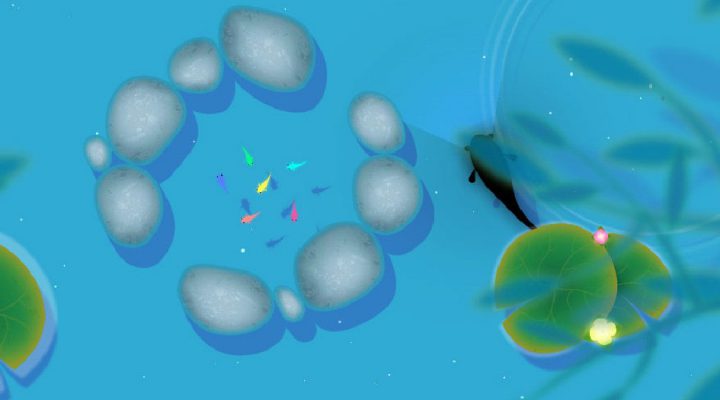 Controls are slow, clunky, and frustrating.

Navigating through levels is difficult due to restricted vision.

Lots of free-to-play mechanics even though it's a paid app.

It’s never easy to ding a game like Koi – Journey of Purity. This action / puzzle title looks and sounds beautiful, and it’s original and ambitious. Unfortunately, all that pretty dress-up doesn’t disguise a simple fact about the game: It’s just not fun to play.

In Koi – Journey of Purity, you are a fishie (a koi — surprise!) who’s seemingly endowed with the power to restore the blighted environment around you. This involves swimming around several ponds to collect fellow koi who are capable of making flowers bloom once you direct them where to go. Once you’ve completed the assigned tasks in a pond / level, you move on to the next pool. 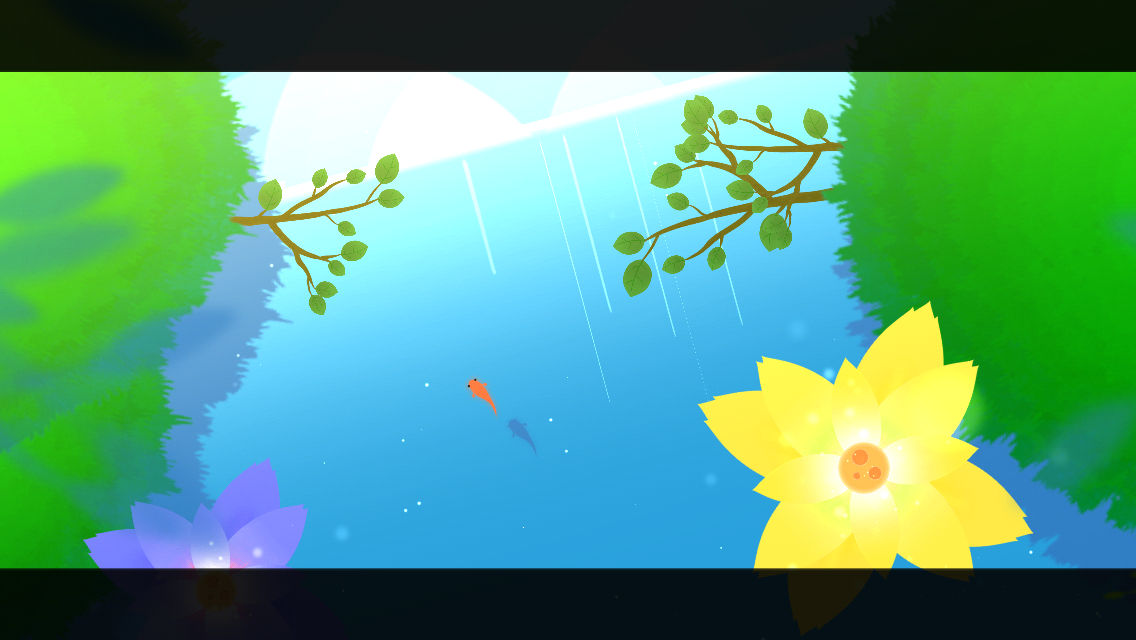 Koi initially seems like a relaxing game that’s more about experiencing its visual and audio treats than fighting for survival, but that’s not really the case. You’re quickly thrown against one of the game’s main hazards: Giant black fish that will drive themselves into you to deplete your energy and immobilize any fellow koi you’ve collected.

It’s these black fish that suck the fun out of Koi. Some are “blind,” and will only harm you if you run into them. Others can see, and once they have you in their sights, they’ll offer a few seconds of warning before darting at you.

Problem is, Koi’s controls are painfully slow and awkward. Your koi avatar turns very slowly, and is generally hard to steer. Once a black fish spots you and its eyes turn crimson, you may as well resign yourself to that big toilet in the sky, because you’re probably not getting away.

Incidentally, attempting to shepherd the other koi with these controls is also a drag — especially since your charges have a tendency to get stuck behind rocks and foliage.

Planning out a route is very difficult, too. There’s no pinch-and-zoom feature in Koi; you’re expected to swim blind. The music fades a little when the black fish is in the vicinity, but given how slowly your fish responds, it’s usually too late to run even when you hear the cue.

Koi tries to make up for its lack of a usable map by providing hints that point you in the direction of your next task. These tasks gobble up your meagre store of the game’s hard currency (clovers). Clovers also let you continue if you die, though this option puts you back into the pond with a single measly hit point. 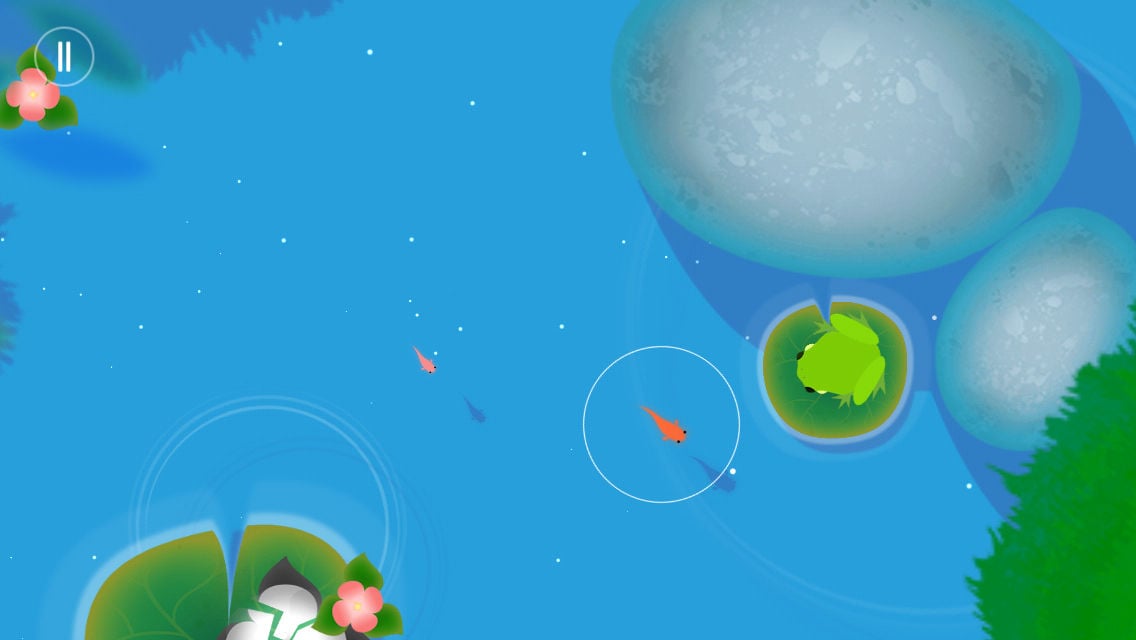 Putting in-app purchases into a paid app (Koi costs $1.99 USD) means having to perform a tricky balancing act. Yes, developers deserve to make money off their games, and yes, turning any kind of a profit from mobile game development is exceptionally hard.

But being fed blatant free-to-play mechanics in a game you paid for is irksome. Koi’s hints and continues are expensive, clovers are very hard to come by unless you pay for them, and if you opt not to continue after you die, you’re sent back to the very start of the level. By the way, Koi’s levels are long, and they’re made to feel even longer by your fish’s slow response time.

Koi’s attempt to tell a story about nature and harmony is admirable, but there’s no point in lecturing us on balance with a game that barely gives you a fighting chance. This is a disappointing fish tale.