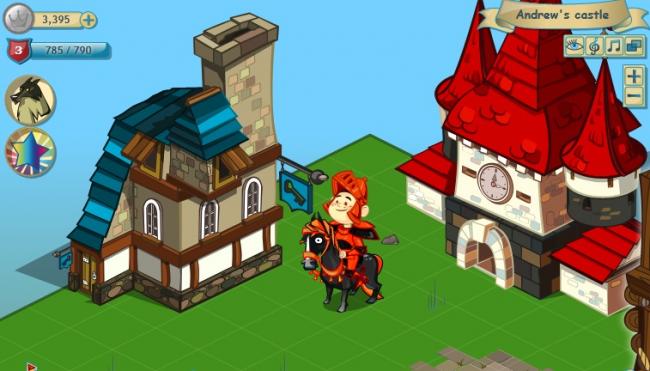 Knight’s Story features some solid core gameplay, but progression is far too slow

Knight’s Story attempts to merge several different gameplay elements into one cohesive whole. You can explore new areas, fight vicious creatures, and build up a castle town. While relatively simple on their own, these elements end up working quite well together. But a solid, if not entirely original, premise and some great production values are wasted on a game with such stingy energy requirements that it will feel like ages have gone by before you make any real progress.

There isn’t really a narrative at the core of Knight’s Story, you simply play as a knight who likes to explore and for some reason is building his own kingdom from scratch. The town building is pretty standard fair. You pay money to build things like castles and homes, each of which requires certain items to complete and will then pay out cash or other useful items at regular intervals. You’ll be able to collect some of the building materials on your travels, but many also require you to spend some Facebook Credits, which can make progress slow.

This is true for the rest of the game, too. When it comes to exploration, the game is divided up into a series of different areas for you to explore, and each area is represented with a grid. Exploring each square uses up some of your energy, and it doesn’t take long before it’s all gone. In fact, it’s common to spend just a minute or two exploring a very small area of the map before all your energy has been used up. There is food that you can collect or buy to replenish this energy, but even still it feels like it’s gone far too quickly. It takes ages to fully explore even a small portion of the map.

You’ll come across a few points of interest as you explore. There is the odd character who will give you a quest to take on, which usually amounts to simply collecting an item and giving it to them. Treasure chests also make an occasional appearance, as do enemies for you to battle with. And while battling with evil looking wild hogs or wolves sounds like fun, in practice it’s actually far too simple to be all that engaging. Knight’s Story features turn based combat, but your only options are to either attack or try and bribe the enemy to leave you alone. The only real strategy is making sure that you have enough energy to last the entire battle. When compared to recent turn based role playing games like Deep Realms and Dragon Age Legends, the combat is extremely disappointing. 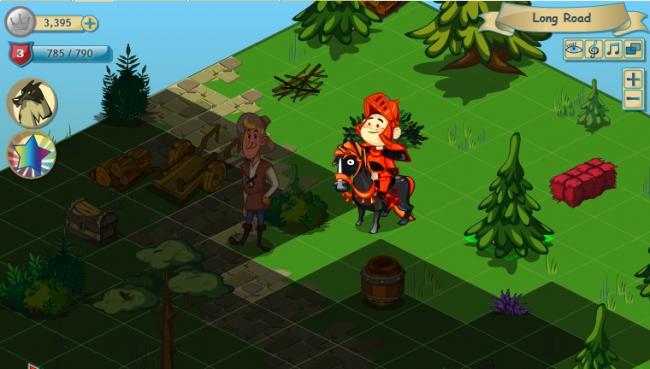 At the very least the game looks solid, with a pleasing cartoon art style that wouldn’t look out of place on your television on a Saturday morning. The enemies, in particular, look great with a menacing yet somehow still cute appearance. Each new area you enter will initially be shrouded in darkness, and it’s surprisingly satisfying to bring light to the world as you explore.

But unfortunately you’ll be bringing that light in such small doses that it barely feels like you’re doing anything at all. Making progress in Knight’s Story, whether it’s through exploration or city building, is simply far too slow. It’s hard to play the game for more than a minute or two at a time before you have to wait for your energy to refill. After a week with the game it barely feels like we made any real progress. And when you factor in the overly simplistic combat, Knight’s Story is a game that will require quite a bit of patience to enjoy.